Motown the Musical is one irresistible playlist of infectious chart-topping music performed by a bevy of fine singers and dancers who have plenty of acting chops as well. While too-sweet nostalgia that is escapist fare or worse, such as those public television “send us money” campaigns aimed at Boomers with dough to spare and memories of their youth, turn me into a curmudgeon, Motown the Musical left me smitten.

The touring company production of Motown the Musical at Wolf Trap is one mouth-watering, terrific jukebox musical. It has tantalizing voices, enticing and totally breathless choreography, unquestionably “on the top of their game” featured performers, and the magical work of an ensemble that represents all the backup singers any of us have ever seen, heard or watched over our days.

What’s more, the production’s book by Berry Gordy (the driving force behind the life of the real Motown) is no mere afterthought. It positions Motown the Musical with a good bit of history, including how pop music connects to huge real-life events. The book provides bite with some softly played compelling interpersonal dramatic tensions and rivalries. The show (with projections from Daniel Brodie) does not shy away from the events of 1963 and 1968 when America was teetering on the eve of destruction.

Motown is indeed a flashy jukebox musical, but not a simple collection of tunes, or flat and emotionally inert. Motown the Musical is based upon Motown founder Berry Gordy’s recollections of how the Motown sound became what it was — the Detroit-centered maker of stars and cross-over music chart toppers. Gordy is portrayed by an excellent, believably tough, no-nonsense Kenneth Mosley, with watchwords to pay attention to the music coming from the grooves and emphasizes this idea about the first 20 seconds of a Motown song: “Get to their hearts, and get them to their feet.”

Now for some details starting with the creators, who can often be overlooked in a review. Under Charles Randolph-Wright’s “full-of-life” direction, Motown the Musical is a “fast freight train barreling down the tracks” about Motown’s distinctive brand of pop and soul music. With about 60 infectious songs (the song list is noted at the end of this review) as its fuel, actual Motown artists are well represented.

The featured performers and the ensemble have channeled those they portray to include voices, physical movements, and personalities into their performances. It is not easy to pick out one particular favorite musical number and performer, by the way. I suspect each and every audience member has their own take on the best.

Who are the featured ones? There are the ever loyal Smokey Robinson (a fine-voiced Justin Reynolds), Marvin Gaye (a poignantly soulful Matt Manuel), Diana Ross (the outstanding sparkle of Trenyce who shows her greatest mettle when stepping off stage to interact with “her” fans), a young Michael Jackson, performed with gusto by Kai Calhoun (at the performance I attended) and a cavalcade of groups and performers such as The Four Tops, The Temptations, Martha Reeves and Jackie Wilson to name just a few.

Do know that not all songs receive their full 3 1/2 minute AM radio play time. Many are done with a minute or so of “airtime.” But no matter. Matthew Croft (musical director), Ethan Popp (music supervisor), Bryan Crook (orchestration), Zane Mark (dance music), along with the well-designed choreography by Warren Adams and Patricia Wilcox deserve all the credit this review can provide them. The 5-member band was blazing.

Emilio Sosa’s costumes, especially the flash of the women performers (most notably Trenyce as Miss Diana Ross), along with the way-cool skinny suits for the male performers, are spot-on. And the wigs are wonders of time and place–thank you to Charles G. LaPointe.

Seeing Motown the Musical is a fabulous mini-vacation from our current real world. Do take it in before it goes. One more note, the nearly full house crowd at Wolf Trap were ready from the get-go. From observations, overhearing conversations before the show and at intermission and as folk slowly left Wolf Trap, they were happy to be where they were. The diverse patrons (though mostly Boomer in age) at the performance I attended were totally into the spirit and groove of the evening. I can only imagine many were thrilled to be away from their usual Tuesday night of binge-watching cable news or reading angry Facebook posts. The evening became a group event with pop, energy, great vibes and even some group participation that brought big smiles.

Running time: Two hours and forty minutes, with one intermission. 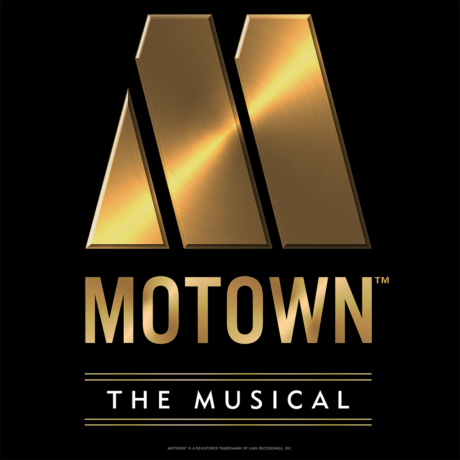 “ABC”
“A Breathtaking Guy”
“Ain’t No Mountain High Enough”
“Ain’t Too Proud to Beg”
“Baby I Need Your Lovin’”
“Baby Love”
“Ball of Confusion”
“Brick House”
“Buttered Popcorn”
“Can I Close the Door”*
“Cruisin’”
“Dancing in the Street”
“Do You Love Me”
“Get Ready”
“Give It to Me, Baby”
“Good Morning, Heartache”
“Got a Job”
“Happy Birthday”
“Hey Joe (Black Like Me)”*
“I Can’t Get Next to You”
“I Can’t Help Myself (Sugar Pie,
Honey Bunch)”
“I Got the Feeling”
“I Hear a Symphony”
“I Heard It Through the Grapevine”
“(I Know) I’m Losing You”
“It’s What’s in the Grooves That Counts”*
“Itsy Bitsy Teeny Weeny
Yellow Polka Dot Bikini”
“I Want You Back”
“I Wish”
“Lonely Teardrops”
“Love Is Here and Now You’re Gone”
“Mercy, Mercy Me (The Ecology)”
“Money (That’s What I Want)”
“My Girl”
“My Guy”
“My Mama Done Told Me”
“Please, Mr. Postman”
“Reach Out (I’ll Be There)”
“Reach Out and Touch”
“Reet Petite”
“Remember Me”
“Shop Around”
“Shotgun”
“Signed, Sealed, Delivered I’m Yours”
“Square Biz”
“Stop in the Name of Love”
“Stubborn Kind of Fellow”
“Super Freak”
“The Happening”
“The Love You Save”
“To Be Loved”
“War”
“What’s Going On”
“Where Did Our Love Go”
“Who’s Loving You”
“You’re All I Need to Get By”
“You’re Nobody ‘Til Somebody Loves You”
“You’ve Really Got a Hold on Me”

*Songs written for this production by Berry Gordy and Michael Lovesmith