The murderous race hate that killed young Emmett Till in 1955 is alive and well. The impunity with which white assailants get away with it is still much with us. And the irony is that the iconic injustice of Emmett Till’s horrific death is what shone a bright light on all that. His story is pivotal to U.S. history and central to #BlackLivesMatter. As a character says in the third part of this sweeping, impassioned, and poetic saga by Ifa Bayeza, the trial of Emmett Till’s white killers—who were acquitted, against all reason—was “the last battle of the Civil War” and “the first battle of the Civil Rights Movement.”

The Till Trilogy was given a concert reading over three evenings on the Lang stage as a Mosaic Theater Company special event. The first part, The Ballad of Emmett Till, has had several productions before, but this was the first time all three parts were presented together. I was there not there to review, so what follows will not evaluate the actors’ performances (although they were, every one of them, laudable). Instead, I can report that even as readings “on book,” the three parts—stylistically and structurally distinct yet with narrative continuity and mesmerizing musicality of language—accumulate in the mind with indelible impact.

Part 1: The Ballad of Emmett Till
Written and directed by Ifa Bayeza

From first-hand accounts in interviews Bayeza conducted with people who knew Till, she composed The Ballad of Emmett Till to recount his last two weeks alive. Six actors play thirteen roles. What emerges most vividly is Till’s character, a dimension absent from the newspaper coverage but here given sympathetic reality. The jazz-like rhythmic language, cinematically fluid storytelling, and overlapping split scenes remind one of Ntozake Shange’s choreopoem technique in For Colored Girls…, which ought not surprise: Bayeza and Shange are sisters and frequent collaborators.

Till, whose nickname is Bo, takes a trip from Chicago to Mississippi to visit his uncle and cousins in the summer of 1955. Before he goes, his mother, Mamie, admonishes him:

MAMIE: Mississippi’s not the same as here, Bo. It’s another place. Different. The white people are different. You don’t speak unless you are spoken to. And you say, “Yes Sir, yes M’am,” when you are.
BO: I already do that. I – I know how to be polite.
MAMIE: I’m not talking about that! If a white woman even approaches, you got to move off the sidewalk.
BO: You serious? That the silliest thing I ever heard of.
MAMIE: I’m very serious.
ENSEMBLE: You. Do Not. Look. At them.

That exchange proves chillingly auspicious. Later in the play comes the scene where Bo, buying some bubble gum for a dime in a store from a white woman, Caroline Bryant, does not look away from her, politely puts the coin in her hand. This minor, innocent incident Carolyn describes in a racially inflammatory version to her husband Roy and his twin brother Ray. They then go looking for the boy, bludgeon him to death, make his face a mass of bloody pulp, and drop his body in the river. The decision by Emmett’s mother to leave his coffin open at the funeral, for all the world to see, ignited outrage across the country that helped spark the Civil Rights Movement.

In Bayeza’s telling, Emmet is a relatable fifties teenager, smitten with a girl he meets, hanging out with buddies, got his eye on some new shoes. He’s got a stutter, he’s socially awkward, he’s naive about a lot, but he’s smart and idealistic. This exchange with his Uncle Mose, whom he visits in Mississippi, gives a glimpse of him, and a distills a bit of the play’s rich idiom.

BO: Mama say I’m a Seeker.
MOSE: What is it that you seek?
BO: Everything! Excitement! Life! The the the BIGNESS of it, the wholeness of it.
I wanna do things. I wanna see things. I wanna feel things. I wanna know things!
MOSE: … Cherish what you have, son. What you got. I seen a wall of flesh, seven deep, nine across, terrible winds, buildings blown like branches, people hung to trees, just leafless twigs. They put us to work on the levy – and when the water began to wash over, they made us to lie down and form a human levy of a hundred men. The high water come, drownin’ men, the pressure, squeezing the life out th’others. Bodies buried in the clay. Children, women, strong men, all the same. Gone. Lost. I wanted to bring them back. I wanted to make them whole. My people swept away, swept away, swept away. All the time, over and over, swept away – torn from they land, torn from each other – I was not gonna let that happen. I was gonna hold this ground. I was gonna plant myself, right here. This land was promised. We worked it. We earned it. I thought I’mo lose it again. I can’t. I can’t. I prayed for an answer. A sign. How I’mo do this? … Then here you come. The Seeker.

In this part there are four actors, and the play is in two acts. The first is about a white couple, Carolyn and Roy Bryant (introduced in Part 1). The second is about a black couple, Beulah (Bea) and Clinton Melton. Whereas The Ballad of Emmett Till is drawn from interviews and research, Benevolence is “an imagined story evoked from a real one.” Because it focuses in emotional closeup on those two relationships, it is the easiest of the three parts to follow in a staged reading and was as a consequence the most moving.

Act One dramatically establishes—in domestic, trial, and dream scenes—Carolyn’s resentment of her husband Roy for having to mind the store and Roy’s constant assault of her with misogynist rage. His abuse is verbal and visceral. He demands that he tell her what happened when the black boy came into the store. Among the insults he hurls at her: “You ain’t nothing but a runner-up cheap cottonseed whore.” The play makes clear that this is the contempt-filled context in which Carolyn fabricates the story that set Roy and Ray on the trail of Bo. Afterward, Roy tells Carolyn, “We killed a niggah fuh you”—as if their shared race hate was all that could ameliorate the animosity between them.

Act Two follows the relationship of a married couple, Bea and Melton, from the point of view of the community on the periphery of the Till murder and trial. We learn of Bea and Melton’s falling in love, we learn of the tension between them when after she has borne him children he fathers with another woman. And most wrenchingly we learn what the acquittal of Till’s killers meant to them, as in this angry and grief-struck exchange:

BEA: Don’t nobody care bout no dirt poor nigguhs like us. Some high yellah light n bright kid from Chicago show up, got the NAACP, national news. Where they at—where they at huh, when somebody disappear in the swamp, some gal get snatched from the side of the road, some stranger dangling from a tree with his manhood stuck down his throat. Where was they at then?! Emmett Till, Emmett Till, I’m sick of hearin’ about him! Least he had a name. The bayou can’t hold all the dead bodies buried out there. No name nobodies.
MELTON: Like us? … It don’t have to be this way, Bea. We outnumber them. If we stand up, we got a chance to change.
BEA: We ain’t got a chance in hell. They got guns, Melton, they got the law, they got the power. Always had and always will. We only got each other, our family, our children. The future here with me.
MELTON: It’s not enough.
BEA: It’s all we’ve got.

Though Bea and Melton are based on real people, in Bayeza’s eloquent evocation, they come to represent young Emmett’s entire black family.

Part 3: That Summer in Sumner
By Ifa Bayeza
Directed by Victoria Murray Baatin

Part 3 tracks the trial. Based on the actual transcript, it is necessarily more of a judicial procedural and therefore somewhat less character-driven drama than were Parts 1 and 2.  But in a stunning touch, Bayeza has Bo reappear throughout—the boy who came into our hearts in Part 1, given a sure place in shared memory thanks to this epic triptych docu-poem in his honor.

Missing from Bayeza’s narrative is the historical coda in which in 2007 Carolyn Bryant Donham admitted to Timothy B. Tyson, a Duke University professor, that when she said Emmett grabbed her hand and was sexually crude to her—testimony that persuaded the all-white, all-male jurors to acquit Till’s killers—she was flat-out lying.

In this era of reckless disregard for truth and facts, driven often by ethnic animus, Ifa Bayeza’s The Till Trilogy stands as an essential theatrical call to our nation to reckon with its racist past.

And Mosaic Theater Company—which can be counted on to be a beacon of conscience—is to be commended for giving this full work a hearing. From the looks of Mosaic’s next season—collectively titled How Hope Happens—that beacon will be ablaze. 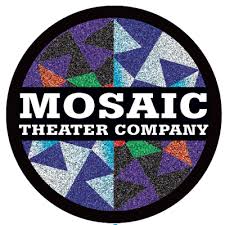