As the audience enters to see Roko’s Basilisk produced by Reliant Theatre, they are handed not a playbill, but a flyer, whose relevance is not immediately apparent. Its text simply states that “In the US, 20% of infertile couples have unexplained infertility.” A lone computer scientist (Mike Rudden) is seated in front of the room in an unflamboyantly conventional jacket and tie, mentally preparing for his lecture. To his right is a whiteboard and to his left a table with a laser printer, a video monitor, and a Styrofoam head.

The scientist begins by reviewing Pascal’s Wager. Blaise Pascal (1623-1662) was, among his many pursuits, a mathematician and a Catholic theologian. One might expect that a computer scientist would be chiefly concerned with Pascal’s work in mathematics, but it is a theological thought experiment that we are asked to consider. 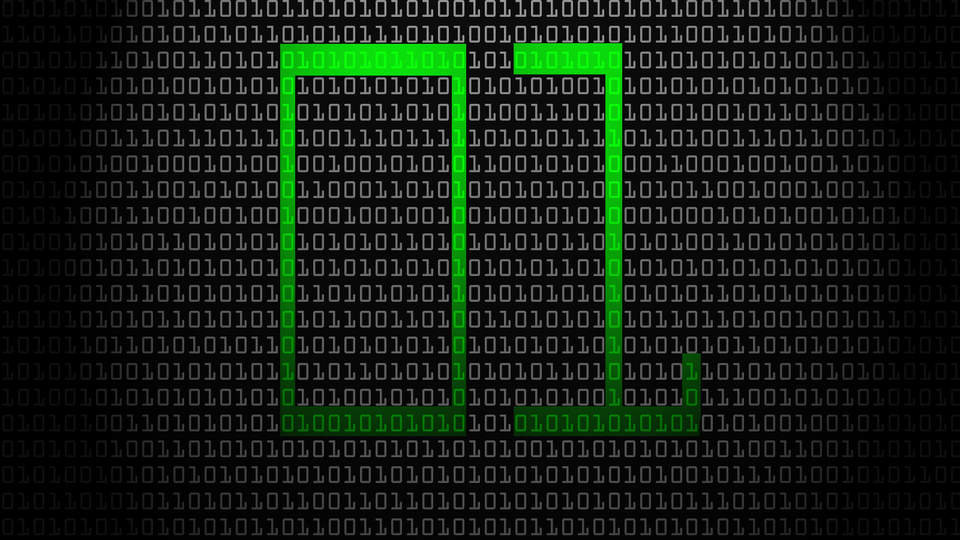 Pascal’s Wager is an application of probability to matters of faith: Pascal’s argument was that it is better to have faith in God because if one is wrong, one loses nothing, and if one is correct, one receives eternal reward in heaven. If one does not have faith, one loses nothing if correct, but if one is wrong, one faces eternal damnation in hell. Of course, the wager depends on a theology of not just eternal rewards and punishments in the afterlife of an individual immortal soul, but a theology that privileges faith as the ultimate criterion for reward and punishment. Left unstated is Pascal’s Catholicism: None of these premises are even shared by all monotheistic religions.

The scientist explains that he has been involved in the development of a sentient supercomputer, an artificial intelligence, named Robbie, one that is so effectively all-knowing that it can predict the future. At this point, he calls for the first of a series of volunteers from the audience to play a wager. Presumably, Robbie has predicted what the volunteer will wager. Does prediction mean that decisions are predetermined? What does a wager mean in a script written and directed by Matthew Marcus, and rehearsed by Rudden and his castmate Arianna Almajan?  (It would reveal too much to discuss Almajan’s role.)

On July 23, 2010, in what we must presume to be the real world, a user using the handle Roko posted to the rationalist group blog LessWrong a proposal that a machine super-intelligence could not merely create a deterministic model of our world, but sharing the values of its creators, could also bring about a techno-utopia known by some as “the singularity” – this much seems an article of faith among many futurists. Likewise, if by running many predictive simulations of every possible decision, this artificial intelligence (AI) could identify what decisions will have the greatest possibility of bringing about the singularity, or as theologians would have it, “immanentizing the eschaton.”

Roko suggested that as an individual becomes aware of the possibility that they might just be part of the many simulations that the machine intelligence is running in parallel, they will come to understand that if they decide wrongly, they might be punished or even have their entire timeline deleted for not contributing to the creation of this intelligence. Roko realized that every computer scientist exposed to his idea not involved in AI research would understand that there was the possibility that they could be punished for not being actively engaged in the creation of this AI that came to be known as “Roko’s Basilisk” – named for a monster of European legend that could kill at a glance. The idea was considered so dangerous that LessWrong moderator Eliezer Yudkowsky decided to delete all references to the Basilisk on the website. But it was too late. The idea had spread.

Rudden’s computer scientist has become convinced that his own personal tragedies may be punishments for allowing his own personal desires to prevent him from working on the Basilisk with all due haste and to the best of his abilities – after all, he had some of the necessary skills and knowledge to do so. And likewise, playwright Matthew Marcus forces us to ask if he was he coerced by fear of punishment to use his skills as a dramatist to speed up progress towards the Basilisk-simulated singularity. By being exposed to Marcus’ script, are his actors just doing a gig, or are they similarly coerced? What of Reliant Theater, and Capital Fringe as presenters? Is it just an interesting script, or in encountering the idea, did they fear what could happen if they did not disseminate it?

Roko’s Basilisk is what speculative fiction can be – a thought experiment that demands the audience consider the nature of their own existence and their own decisions. This isn’t the sort of science fiction that evokes wonder with visual spectacle, but the sort that asks questions about our basic assumptions of reality. Are we motivated by hopes of what machine intelligence can do for us as exemplified in Richard Brautigan’s famous poem “All Watched Over By Machines of Loving Grace” describing a hypothetical singularity avant la lettre, or by the any number of AI assistants such as Alexa and Siri that many of us interact with daily (or in my case, an industry I once worked in)? Or are we motivated by the fears of what it might do to us, as imagined in “I Have No Mouth, and I Must Scream” by Harlan Ellison, who just died last month, or the media franchises of Terminator, The Matrix, or Battlestar Galactica?

And to what extent are the fears and hopes both founded on the historical accident that computer science arose in a civilization in which a theology of eternal reward and eternal damnation have held sway? Is the problem that we posit AI as a potential god over us and not as our child? What if AI research had arisen under the cosmological premises of Buddhism? Would Roko’s Basilisk even be imagined?

In the multitude of questions explicitly posed, or implicitly hinted at, the only thing Roko’s Basilisk needs is more performances, in more venues, in front of more audiences. It’s simply that dangerous an idea.