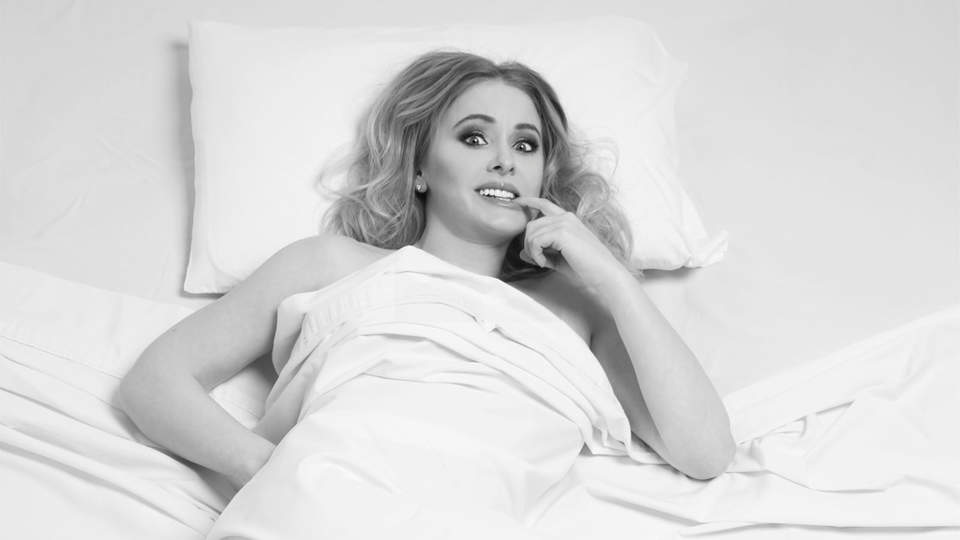 The show is constructed around Robards’ story of being thrust into a polyamorous marriage, a world of abundant love and more abundant confusion, a story which she delivers with a wry sense of humor, undercutting anecdotes of shoes lost in anger, and deep dives into The Ethical Slut with sarcasm and knowing nods to the seeming absurdity of her situation. As she narrates her descent further into “sex-positivity” with a performance directed by Maureen Monterubio, she leads the audience in a journey of skeptical acceptance into a non-traditional lifestyle. Robards’ jokes and winks create a comfortably comedic atmosphere, where we can laugh along to the difficulties of deciphering a poly-therapist’s many acronyms or telling in-laws you’ve become “sex positive.”

As the story progresses, however, cracks begin to appear. As Robards’ husband develops a deeper relationship with his younger “paramour-girlfriend” and Robards becomes increasingly miserable, the comedy of the show gives sudden way to the force of emotion behind the story, in sudden transitions which are barely noticeable until the moment ends, and you catch a glimpse of the catastrophe building behind this absurdity. But then Robards moves on, recovering quickly with a quip about Fringe’s intimacy and plunging back into her stand-up style, which now lands slightly more uneasily. These moments multiply, building towards a tragedy too big to cover and bringing a dramatic end to the tension, the marriage, and the tale.

At its best, PolySHAMory blends narrative stand-up with dramatic narrative to create a hilarious story about the realities of the sexual fantasies and romantic nightmares we normally relegate to whispers and pop songs, while also packing an emotional punch in its darker moments. Its opening night performance was unfortunately marred by Robards’ occasional “fudging” of her script, which left several moments out confusing the timeline and interrupting the pacing, yet still largely managed to deliver on the show’s promise of a remarkable story.