Columbine, Sandy Hook, Virginia Tech, Parkland. These are only a few names from a list of mass shooting in the United States. A list that is painfully and heartbreakingly long. Emma Choi’s one-act play, 14, follows a young girl who loses her boyfriend in a school shooting and is then shown a moment of mercy by the gunman himself. The story focuses on the guilt and self-blame young Josie feels for surviving, and most of all, for running. 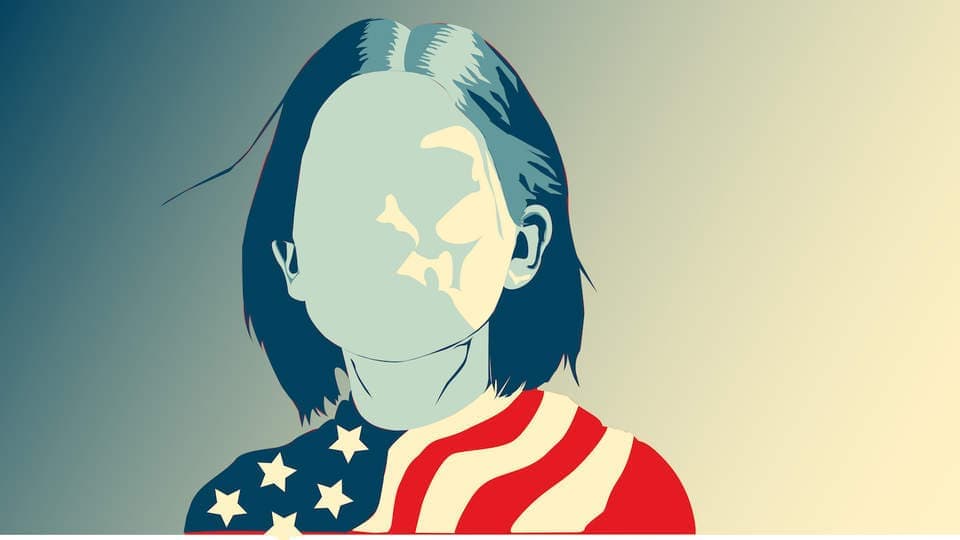 Playwright Emma Choi is a rising freshman at Harvard College. Her strong, crisp, and intelligent writing is not only impressive for her age, but it proved to be the backbone of this production. Choi was able to gracefully scribe a piece full of difficult subject matter, personal struggle, and relevant truths about a dark aspect of the present-day United States. She did this using wonderful structuring that allowed the story to bounce back and forth from before and after the shooting, with moments of comedy, and even some well-placed poetry.

Leading the show was Mila Fox-Parola as Josie. Fox-Parola gave a strong performance and was able to handle such difficult subject matter, as well as the challenge of quickly switching between laughing with her boyfriend to reliving a tragedy, with believability. Playing the dorky and lovable boyfriend Milo, was Jun Ito. Although his performance lacked a level of depth, Ito had a charm and innocence that made him fun to watch and sad to lose. Together, Fox-Parola and Ito were sweet and endearing, but they were missing a certain intimacy which resulted in the love between them being underwhelming.

Tanaka Muvavarirwa provided a refreshing straightforwardness in her performance as Josie’s friend, Avery. Muvavarirwa had a powerful monologue near the end of the show, where she insisted that Josie was not the only one hurting, and that she needed to find a way to use the pain she was feeling to make a difference. In acting, it’s easy to fall into an emotional trap: If you’re angry you yell, if you’re sad you cry, if you’re happy you smile. But this A to B approach doesn’t capture the complex nature of the human existence. Although Muvavarirwa’s performance seemed superficial at times, she was able to find strength in simplicity and let the words hold the emotional truth.

Making up the rest of the cast was Jerry Kramer as the gunman Denny, Carolyn Heier as Dr. Mollis, and Carla Ito as Mrs. Kuda. Kramer gave a simple, clear performance that allowed his character to be a lingering shadow over the rest of the characters. Heier was a very analytical and calm doctor, which created a nice juxtaposition during the dialogue between her and the emotionally unstable Josie. Carla Ito was big, bold and full of energy, both when she was fun-loving and manic with grief. Despite the commendable vigor, much of her performance seemed forced and presented.

The production elements of this show were simple and, overall, effective. Director Jessie Roberts created a great world in the small space in Saint Augustine’s Episcopal Church. The simple sets and blocking made the story easy to follow, and the shifts in time were clean and clear. This gave the actors space to develop relationships and connection, although it was often surface level.

Sound and Projection Designer Jon Roberts was the most impressive of the technical team. His projections, whether showing the clean white poster-covered walls of Josie’s bedroom, a standalone car, or the streets during a march, were detailed enough to suggest a location and create a believable space for the characters to live in. However, he didn’t do too much, and therefore gave the audience a chance to use their imaginations to create the rest of the physical world these characters lived in. Lighting design by Kimberly Crago was also very effective. She used her humble lights to continuously support the story. Backstage was Sherry Kaiser, who worked well with the minimal sets, although the few set changes felt slow, clunky and unrehearsed.

14, by Emma Choi, is a strong script of a sadly not uncommon tragic story. Although this production lacked a degree of depth that is required to propel a script and story like this to the next level, there were many enjoyable performances and production elements. One day, I hope that stories like 14 are only seen on stage, and never on the front page of the morning newspaper.