A woman (IO Browne) climbs out of bed, her lover still fast asleep, unmoved. She lays out on the floor, limber and sensual as she dances like a flower budding through a crack in the pavement. Another woman (Zoe Walpole) appears across the stage. Their eyes meet. All smiles. She approaches only to be tugged back by a red ribbon binding her to her slumbering lover. Stretched out taut, the woman leans back and snips the connection before moving on, hand-in-hand with a new partner.

Written by Louise Knowles, The Red Thread is only one of fifty bite-sized scenes that comprise 50 Ways…, a daring collaborative production spearheaded by co-directors Mahayana Landowne and Samir Bitar, who recruited 14 writers to create several short breakup scenes that are presented successively in a 70-minute performance. In addition to Knowles, the playwrights include Aaron Nauta, Andrew Boyd, Katie Peyton, David Zellnik, Emma Goldman-Sherman, John McGarvey, Kurt Opprecht, Lizzy Bryce, Mariana Newhard, Sarah Duncan, Sam Graber, Ginger Myhaver, and Hugo Pellinen, a mouthful of diverse talent that ensured that each glance into the event of being left or leaving, felt distinct. 50 Ways… is an emotional tour de force, channeling the tragic, comic, mundane, ridiculous ways in which things come to part, while also making excellent use of a diverse and dynamic cast to spotlight potential combinations of identity — couples old and young, black, brown, white, gay, queer, straight, and everything in between.

One must appreciate what seems like an exhausting work to perform, as the actors flit on and offstage constantly assuming new identities and power dynamics in performances that last at most, a few minutes, and others, merely a few seconds. Every breakup utilizes a new combination of the six actors, Zoe Walpole and LJ Moses as “Young Woman” and “Young Man,” IO Browne and Aidan Hughes as “Middle Woman” and “Middle Man,” and Deborah Davidson and Jack Mayo as “Elder Woman” and “Elder Man” as they interact with three permanent set pieces– a bed, a small table with chairs, and a door.

Landowne and Bitar have masterfully composed what could’ve easily been an offkey Frankenstein of a performance, into a symphony of reasons why we have to leave and let go. At times one scene would flow so beautifully into the next– practically, in terms of stage direction, which is a feat of its own, but also thematically as the tone of one scene primes the audience for the next.

For instance, Goldman-Sherman’s Collegiately sets Browne and Hughes as a couple who have just sent their son off to college, only to immediately start making plans for divorce. This snippet of suburban dark humor takes a grim realist turn in Aaron Nauta’s It’s Time, where Mayo plays a remorseful man who has decided to finally leave his ailing wife (Davidson) in the care of a nurse, while he goes off in search of love elsewhere. Leaping out of bed, Davidson transforms into a second-grader in Sam Graber’s Blankie, where she talks out her impending, but necessary big girl separation from her beloved baby blanket.

The performers were all uniquely equipped to bring out the various nuances of each scene in the performance– Moses with his raw energy, as well as his bouts of tenderness and dejection, Mayo’s delightful haughty demeanor, Browne’s physical, full-bodied expressions and don’t mess with me attitude, Davidson’s hilarious character transformations, and Walpole’s magnetic, playfully feminine stage presence. Hughes was my personal favorite for his comical severity and his pedigree eye-roll amidst some open-mouthed bouts of incredulity. 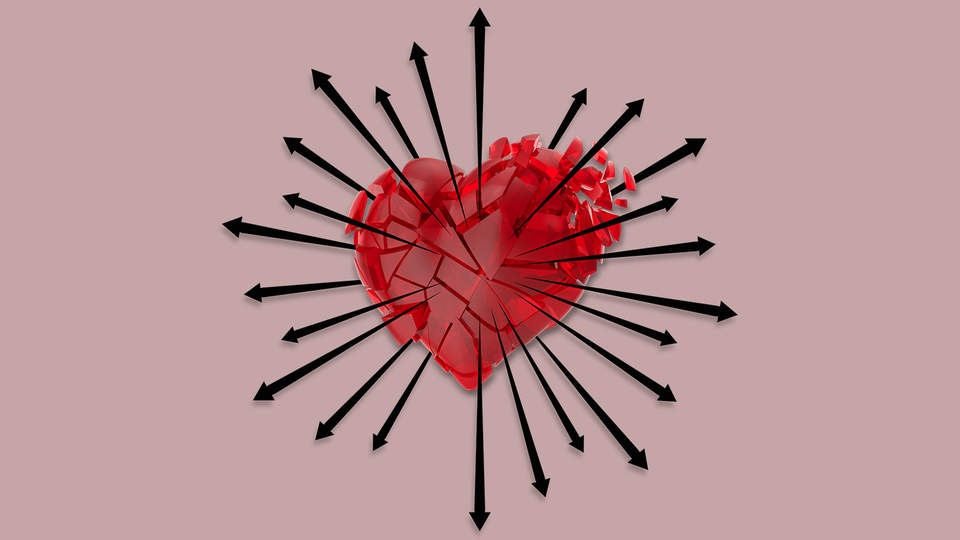 Abstract selections sprinkled into the melting pot of relationship problems really gave this production volume, allowing one to consider the nature of separation rather than the human interest value inherent in relationship dramas. Two standout scenes come to mind: Andrew Boyd and Katie Peyton’s The Calving Chunk, in which Mayo is a chunk of ice breaking off from a glacier represented by the entire cast huddled together wrapped in a white sheet, and Lizzy Bryce’s Flowers Growing Apart, in which Browne and Walpole play two flowers bemoaning their inclination towards rays of sun going in the opposite direction.

There is a relatable, emotional aspect to this production that makes it easy to watch, but it also goes the extra mile in complicating what we know to be funny and sad with almost philosophical meditations on coexistence. Add to this a sensory element through the incorporation of contemporary dance in some key scenes (choreographed by Bitar), and the end product is a dense meditation on the everyday business of separation.

The way I see it, if you’re a feeling human being living in Washington, D.C., 50 Ways… is essential Capital Fringe Festival viewing.