Four intelligent and gifted female playwrights/directors, three bold female actors and their marvelous male partner in crime, and a wonderful crew, walk into Arena Stage to perform four completely unique stories in 75 minutes. You may ask them, how’s that workin’ out for ya? The answer is, extremely well.

How’s That Workin’ Out For Ya? is the delicious first professional production by Pipeline Playwrights. The show, made up of four short comedies, is linked by the common line, “How’s that workin’ out for ya?”, which is said at least once in each of the short plays. This clever premise made for a wonderfully entertaining show.

First up was Mad Women, written by Patricia Connelly and directed by Ann Timmons. Set in New York City in 1965, workers at a boutique advertising agency try to come up with new ways to sell men’s underwear. Connelly swapped gender roles by having the powerful females wanting to take advantage of the male workers’ sexuality, even though the male workers wanted to be shown respect.

Next up was Rebellion Dogs, by Nicole Burton, directed once again by Ann Timmons. Taking place at an airport bar during Snowmageddon II, a bartender and her two customers discuss everything from the current political madness to A.A. meetings, as they wait for flights to resume. Burton’s fast-paced and witty dialogue was a wonderful blend of the humorous and dramatic. It was highly impressive how many topics and issues were covered in such a short play. Although it was difficult to believe that strangers at a bar would open up to each other so deeply, the likable characters, sharp dialogue, and interesting subject matter made it easy to suspend disbelief and enjoy.

In The Ladies’ came next. Written by Ann Timmons and directed by Patricia Connelly, the show began with a waitress seeking refuge from her persistent male suitor, in a restaurant’s ladies’ room. A mother and daughter enter the restroom and what transpires leads from discussions of the #MeToo movement and harassment in the workplace, to a mother’s confession about her pageant queen past. This show had an impressive story arc that allowed for the believable development of many relationships.

Last, but certainly not least, was Jean Koppen’s unique and captivating contribution, Got A Light? Directed by Carol Cadby, this final comedy was incredibly unique. Set in 1431 France, Joan of Arc is tied to a post and sentenced to death by fire. The only problem: Guy (pronounced Gee) who is the employee tasked with setting Joan on fire, doesn’t seem to have a working lighter. As Guy attempts to create a flame, he and Joan begin conversing and develop an unexpected companionship. A wonderful display of Koppen’s creativity, she was able to make time travel a reality by including hilarious lines that connected current issues to 15th-century France.

These plays were written and directed by four brilliant women with undeniable skill. But tying each of these pieces together and bringing the detailed, conscientious, relevant dialogue and directing to fruition, was the amazing cast. 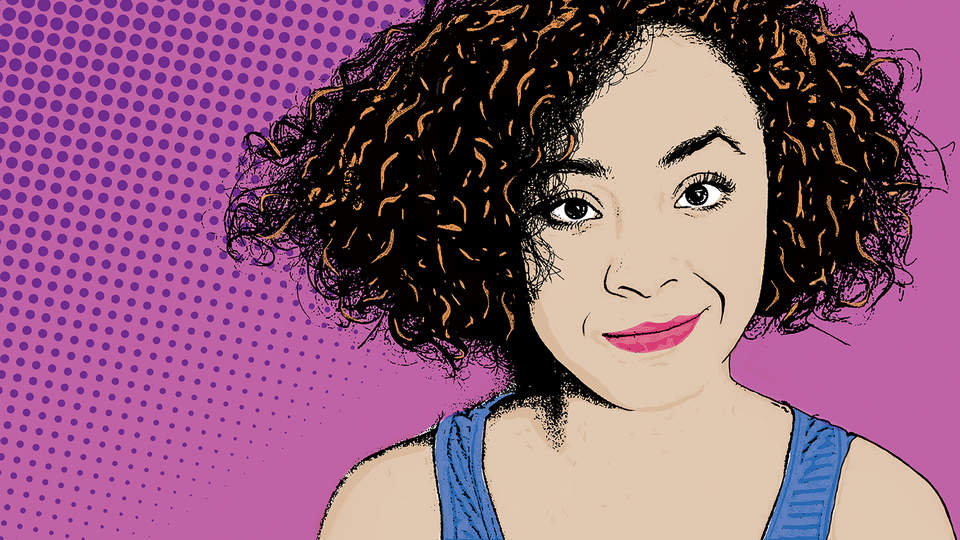 It was very difficult to take your eyes off Carol Cadby. She was equally captivating as the sex-crazed ad agency worker, recovering alcoholic, and feminist mother. Cadby delivered lines in enjoyable, unexpected ways and had a feisty flair that was incredibly fun to watch. Her performance was an extremely impressive return to the stage after a 26-year hiatus.

Kanysha Williams brought a wonderful youthful energy and spunk to her characters. She especially shined as Joan of Arc in, Got A Light? Her ability to convey so much with her subtle facial expressions, whilst tied to a post, was impressive and exciting to watch. The best part of Got A Light? was the wonderful relationship between Williams and her counterpart Kevin Dykstra, who played Guy, the one tasked with killing her. Dykstra, the sole male actor of the cast, was a comedic delight both as Guy and as his other characters. His ability to make each of his characters silly and caricature-like, while also believable and full of humanity, is a true testament to his mature comedic skill.

Completing the wonderful cast was Natasha-Lee Loyola. Although she was showcased the least, Loyola had a commanding presence. She performed with confidence and strength and was particularly pleasing as the ad agency worker who saves the day in Mad Women.

Lighting/Sound Designer Elliot Lanes’ use of light and sound was simple, yet powerful. His moments of flair, such as pink lights and the song “Cherry Bomb” during scene changes, the hilarious muffled voice of the airport intercom during Rebellion Dogs, or the rising crackle of fire in Got A Light?, were wonderful. Sam Rollin’s stage management helped the entire show run smoothly. The entertaining and effortless scene changes allowed each short play to flow together seamlessly to create a lovely whole.

How’s That Workin’ Out For Ya? is a wonderful first professional production for Pipeline Playwrights. Each aspect of the production was carried out with skill and it was incredibly enjoyable to witness. It will be exciting to see what these powerhouse female playwrights, and the rest of their team, do next.