On July 6, 2018, six girls ages 13 to 17 came together and began composing poetry and choreography and a little music about their just-starting-out lives. Two weeks later they performed the 29 short scenes they created as a charming, touchingly tender, and sweet Capital Fringe show.

The teens were identified in the program by only their first names—Abby, Esme, Jay, Josie, Laurel, and Sophia. They all had participated in a self-exploration retreat called SPEAK*Girls that was facilitated by Movement Director Brooke Viegut, Literary Director Jenna Stotts, and Producer Rhonda Eldridge. Viegut, Stotts, and Junior Facilitator Erin Villaronga introduced the show. The girls, they said, created everything; the grownups just provided prompts and guidance and sequenced the show. (Its title, Almost Full: A Young Woman’s Guide to Growing Up, was chosen months before the girls came together.) 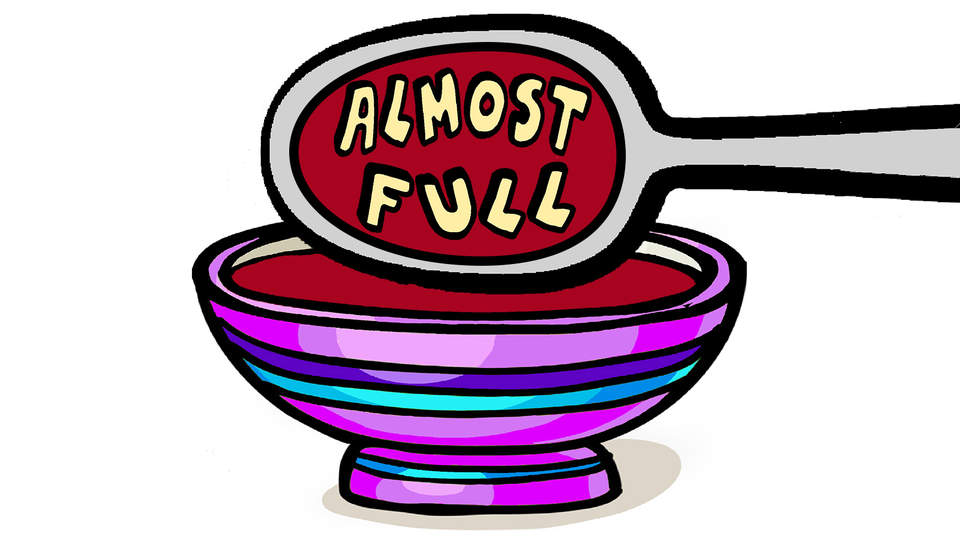 SPEAK* stands for strength, purpose, empathy, art, and kindness and its mission is

to empower people from all walks of life in an intentional community by allowing them to creatively find their authentic voice and strengthen communication skills through an interdisciplinary collaborative arts program culminating in a self-expression based performance of original work.

The lovely first scene was danced and mimed to a song by The White Stripes whose chorus is “I can tell we’re going to be friends.” Each girl carried a notebook, which turned out to contain the poetry she would read at intervals during the show.

The writing was all very polished, and some of it was quite impressive. There were familiar echoes of shyness, loneliness, embarrassment, feeling invisible. (“When kids are bullying me, I wish I was a ghost.”) But there was also a strong current of empowerment, confidence, and triumph (“I’m sick of being told I’m too young to make a difference!” “You can’t silence us!”)

An intriguing theme that recurred through the program was the image of breaking down doors—it popped up so often the show might well have been called A Girl’s Guide to Breaking Down Doors!

One of the most moving passages was an eloquently simple scene called “A Letter to My Body,” written collectively by the group. “Dear legs…” began one; “Dear back…,” another. Then “Dear Spine…,” “Dear Hands…,” lastly “Dear Skull…” (which got a nice laugh on a line about wearing a bicycle helmet to keep it safe).

My only criticism of the program was that performers’ tentative and uninflected delivery rarely did justice to the poetry they were reading. They had plenty good reason to allow the language they had crafted to live in the room with the fullness it deserved. The writing overall was of such quality, in fact, I wished the facilitators would publish it online.

The finale was danced and sung to Sara Bareilles’s song “Brave,” and the joy evident in the performers’ faces was utterly infectious. Far from being merely a recital from a summer retreat, Almost Full: A Young Woman’s Guide to Growing Up turned out to be the sort of show that leaves one happier and more hopeful than when one went in.