Three Princes Theatre presents the end of things. at the Charm City Fringe Festival, a daring new piece of theater which touches on the termination of multiple relationships and the possible demise of the very universe we call home. Written and directed by Baltimore local David J. Hills, this show was beautifully done. Although incorporating abstract movement and sound-based scenes made it at times a bit difficult to follow, overall the production delivers a powerful piece of theater that leaves you questioning everything going on in the world. 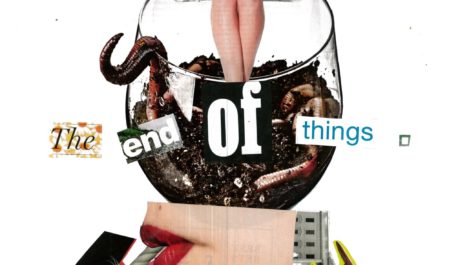 Many elements came together to cohesively bring this conceptual production to the stage. Moving performances by Tess Mathewson, Calla Fuqua, Barrett Pitcher, Ariel Cavalcante Foster, Leila Hanna-Kohen, and Zoe Gilmore gave viewers a whole new concept when thinking of the term “dysfunctional relationships.” Upon entering the ballroom-like space, the actors await your arrival, frozen in striking poses that introduce different levels to the eye. Each actor dives headfirst into their character’s life, maneuvering through broken timelines during fleeting moments and solid monologues. They never specifically name which fate is really at stake for the world, leaving much to the imagination.

Among the many elements that came together to bring this theatrical production to play were the calming sound effects and snippets of song. From the recorded sound effects (Sound Designer Chris Mayhew) to the organic sounds mimicked by the actors and their everyday instruments- their bodies- the sounds added to this production. Small acapella pieces interwoven within the script helped to break away from the messy topics at hand and shed some positive light to a seemingly dark world.

Many aspects of this piece were impressive and engaging, while some other choices made for a distraction. The seating was arranged as theater-in-the-round, with four rows of seating designed to create a square encompassing the stage making for a very immersive experience. This caused some discrepancy during scene changes and blocking as some of the audience members’ vision was covered completely. When transitioning from scene to scene, the actors were faced with the challenge of using minimal props and their physical form to set the atmosphere. Actors would take the physical form of furniture, introducing their abstract concepts and creating their world with as little as a few items and powerful dialogue. 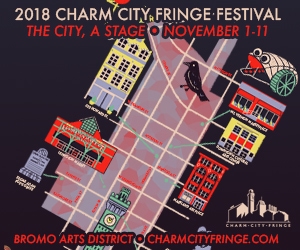