With the holiday season upon us- whether it’s Christmas, Hanukkah, Kwanzaa or New Year’s- the performing arts calendar is full of productions that help connect an audience to the larger, diverse community we inhabit here in the DC region.

A few historical facts about the time period of the play and its DC area location: A Civil War Christmas is set on Christmas Eve in 1864. Only one month had passed since President Lincoln was re-elected for his second term as the U.S President. General Sherman was marching through Georgia on the way to Savannah. Washington, DC was still unsettled; it was only a few months before that Confederate General Jubal Early’s troops skirmished with Federal troops at Fort Stevens in upper Washington. President Lincoln was even there for a look. As for Northern Virginia, well Alexandria, just across the Potomac River from DC, was in its fourth year of occupation by Union troops and well-outfitted Union forts dotted the landscape.

The area surrounding what is now the 1st Stage venue in Tysons has witnessed its own share of military battles and intrigue. This area is more than the Battles of Bull Run (Battles of Manassas).

In a recent interview, 1st Stage Artistic Director Alexy Levy said “A Civil War Christmas: An American Musical Celebration is epic. It is an uplifting, renewing tale about humanity in difficult times. A time when America was divided and war stormed.”

A Civil War Christmas is unique in that it is about the intertwined lives from both sides of the Civil War spanning the battlegrounds of Northern Virginia, the halls of the White House and the streets of Washington.

“It is a play with music meant to appeal to families,” added Levy. With music by Daryl Waters, the production consists of many Civil War period songs of the season: carols, hymns, spirituals, some well-known and others less so, some expected and others perhaps unexpected. The 1st Stage music directors include Markus Williams, Walter “Bobby” McCoy and Leigh Delano. The production includes a live band including piano, violin and percussion.

“The tone of the production will be one full of hope and goodwill. It will speak to and engage the audience’s emotions with its spirit and the music,” noted Levy. With the power of music and the harmony of the 12-member cast, A Civil War Christmas: An American Musical is a show with great depth and music, meant for families, and perfect for the Holiday season.

Beyond the panoramic American history it tells, the production “is full of compassion and hopes for future peace.” As one soldier character says to no one in particular while standing watch, “The hope of peace is sweeter than peace itself.”

Lavy added, “A Civil War Christmas: An American Musical is a show with great depth and music; perfect for the Holiday season. Its tone is full of goodwill. It will speak to and engage the audience’s emotions with its spirit and the music. Audiences are not meant to only listen to the words, but to take in its feelings and emotional connections.”

In these current, tension-filled times, what better way to find a true, non-fantasy spirit of kind-heartedness than in a production like 1st Stage’s A Civil War Christmas: An American Musical. Then take the family for a drive through the area to see where real Civil War battles were fought, but in a new light. 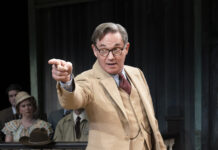 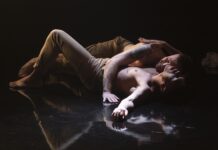