Actor/singer/dancer John Edwards is not just a triple threat, he’s also an awards-nominated one, and deservedly so. A current member of the Grammy-nominated Broadway Inspirational Voices gospel choir, Edwards was just recognized earlier this month for his exceptional work in the 2018 New York revival of Smokey Joe’s Cafe at Stage 42, with a nomination for Outstanding Featured Actor in a Musical from The Lucille Lortel Awards, to be presented by the Off-Broadway League on May 5.

An alumnus of the American Musical and Dramatic Academy in New York and a veteran of Broadway, Off-Broadway, national tours, and regional theater, Edwards’ credits include such popular musical hits as Jersey Boys, In The Heights, Hairspray, and Dreamgirls. His expressive and powerful vocals have also been featured in recent cabaret concerts at The Green Room 42, and at the Laurie Beechman Theatre in February, in celebration of Black History Month.

I was very fortunate to be able to share fifteen minutes of John’s fame, to congratulate him on the prestigious nomination and to revisit his acclaimed role in Smokey Joe’s Cafe (the production itself just nominated this morning for a Drama League Award for Best Revival of a Broadway or Off-Broadway Musical), to which he brought his signature heart, humor, and humanity (I saw the show for a personal record of nine times, and only wish I could have been there for every single performance).

John: The show started with four of the boys [John, Jelani Remy, Dwayne Cooper, and Kyle Taylor Parker] singing a cappella. At one performance, there were some people arguing in the front row while we were trying to sing! We all heard it and had to try to hold it together, but it was so loud it made us laugh, and after the song we all cracked up. It was such a funny bonding experience that I’ll never forget.

2. Were you a fan of the songs of Leiber and Stoller before joining the cast?

Oh, yes, I was a huge fan! Most of the songs I knew were from the Smokey Joe’s canon; I was obsessed with the Broadway production in the 1990s. But there were a lot that I didn’t know, which weren’t in that show, so it was great to hear more and to be able to perform them!

3. Which song in the show did you most enjoy performing?

“I Who Have Nothing.” But in the beginning it was the song I was most afraid of because it’s so emotional and I felt so vulnerable sharing such deep feelings in public. But Josh [Bergasse, the Director] and Sonny [Paladino, the Music Director] were terrific, they made me feel comfortable and made it work. I actually loved being so open, it felt good; it’s such a powerful song, something comes through – it makes you feel.

4. If you had the opportunity, would you have taken Love Potion No. 9?

You know what? I think I would! I would want to try it to see if it works. Though I don’t think I need it; I fall in love with people very easily!

5. What three emotions did you feel when you heard you were nominated for the Lucille Lortel Award?

The first one was shock. The second one was uncertainty, questioning, “Wait, is this real?” The third was exhilaration!

6. What’s the best thing about awards that recognize the excellence of artists?

For me personally, as someone who’s always watched and followed awards, it’s inspiring. Now for me to be nominated and acknowledged makes me want to work even harder. Awards are a great way to let you know that all is well, that your work is being recognized and appreciated. It’s very inspiring, but at the same time humbling. Thank you!

7. At what age did you first know you wanted to have a life in the theater?

Definitely in high school, during my sophomore year. I always knew I wanted to sing; I came from a singing family. Then I was in a community show of Les Miserables, playing Jean Valjean, and I thought, “This is really cool!” It was something different than just standing behind a microphone; it was telling a story, and I was bit!

8. Who’s your all-time favorite musical-theater artist – the one who most inspired you?

Audra. For me, it’s Audra McDonald. The male artist is Norm Lewis. But Audra is everything.

9. What do you love most about being on stage?

I love the feeling of sharing, of bringing joy, and of connecting to a bunch of strangers. And I love expressing the music; sometimes it’s hard in life to express my emotions, but it’s easy on stage.

10. What’s the best reaction you’ve ever gotten from an audience member?

Oh, my God! This is hands down the best! I was singing “I Who Have Nothing” in Smokey Joe’s, and during the brief pause in the song, just before the line “I love you,” a woman yelled out, “I love you too, baby,” along with her phone number! It was hilarious

11. What’s the best experience you’ve had so far in your career?

I’ve done a lot of amazing things, but I would have to say it was Smokey Joe’s Cafe. Up until then it was Hairspray, but Smokey Joe’s was so personal, the timing was just right, coming at that point in my life, and it was so rewarding on an artistic level; it encompassed everything.

12. Is there a show, role, or song that you haven’t yet done that you would love to perform?

One of my favorites, which I would love to do, is The Phantom of the Opera. It’s so full of passion, the music is so beautiful, and the character is so interesting.

13. Will you be singing any special songs for Easter?

Cookies and cream. I don’t know why I said that . . . maybe because I’m hungry!

15. What would you like to find in your Easter basket this year?

Anything sweet! A cake would be great, with chocolate and caramel. I do have a little bit of a sweet tooth.

Thanks, John, it was great to catch up with you; it’s more than just your tooth that’s sweet! Congratulations again on your nomination, and on your stellar performance in Smokey Joe’s Café! 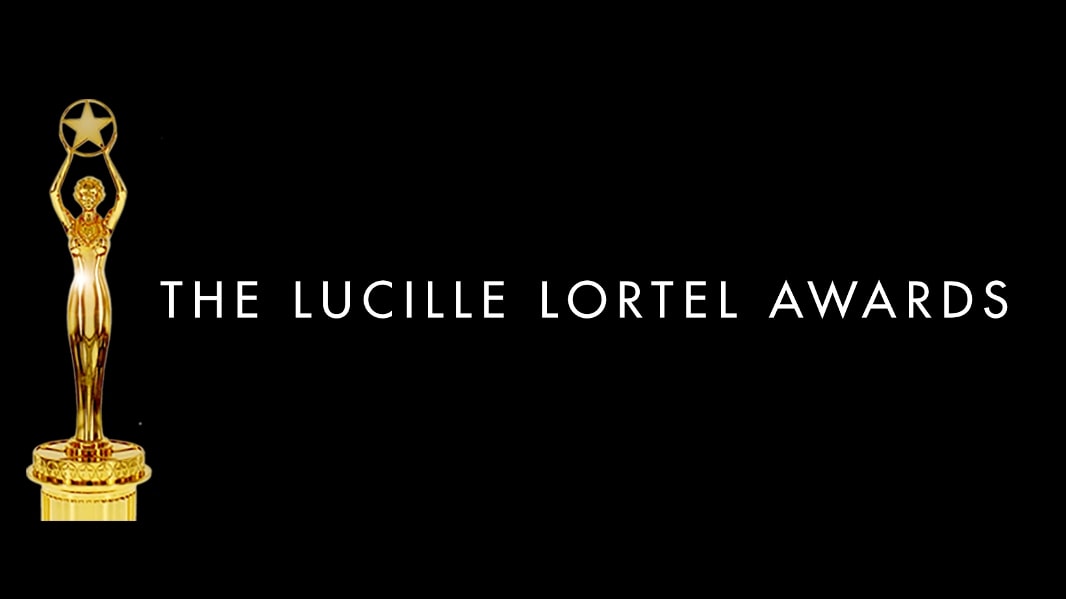