The work is ambitious, dense, and multi-layered, with each member of the cast (Edward Chin-Lyn, Kimiye Corwin, Bruce McKenzie, James Seol, David Shih, Karoline Xu, and Aaron Yoo) playing two or three roles in a meta-theatrical narrative that moves back and forth through three different eras and five locations, from the central 1922 incident in Xinjiang, China, to a 2010 Hollywood movie set dramatizing it, to subsequent interviews with the cast and crew, and censorship negotiations between representatives from the film and the Chinese government, to a pair of young lovers recounting the story in a dystopian Brooklyn of 2035 (how or why Brooklyn becomes the site of an apocalyptic future is not fully explained). As a result of the intricate inter-weavings of the plot, it is often confusing to follow, though a stunning artistic design helps to identify the array of scenes and characters, as the period-style costumes (by Mariko Ohigashi), set (Yu-Hsuan Chen), lighting (Reza Behjat), and sound (Frederick Kennedy) distinctly change with each shift in time, place, and personage.

Provocative references to the classic film-noir style, modern Chinese history, American values (including the double standard of female versus male nudity), and the doctrine of relativism abound, as do sardonic bits of humor. While the concepts are interesting, the slow-paced script could benefit from some tightening. There are recurrent segments of long-winded political diatribes and philosophical ponderings about the underlying themes, sometimes in the midst of conversations and sometimes in direct address to the audience. Those interspersed expositions – the delivery of which is too often stilted and recitative – lack dramatic tension and offer little more than discursive redundancies of the playwright’s ideas about culture clash, motivation, and memory in the pointedly disparate views of veracity and accuracy. They are inherent points that should have already become clear to the viewer through the trajectory of the story and the development of the characters.

NAATCO’s debut production of [Veil Widow Conspiracy], though in need of some clarification and editing, does offer an intriguing exploration of the thin and ever-changing line between fact and fiction.

Running Time: Approximately one hour and 55 minutes, without intermission. 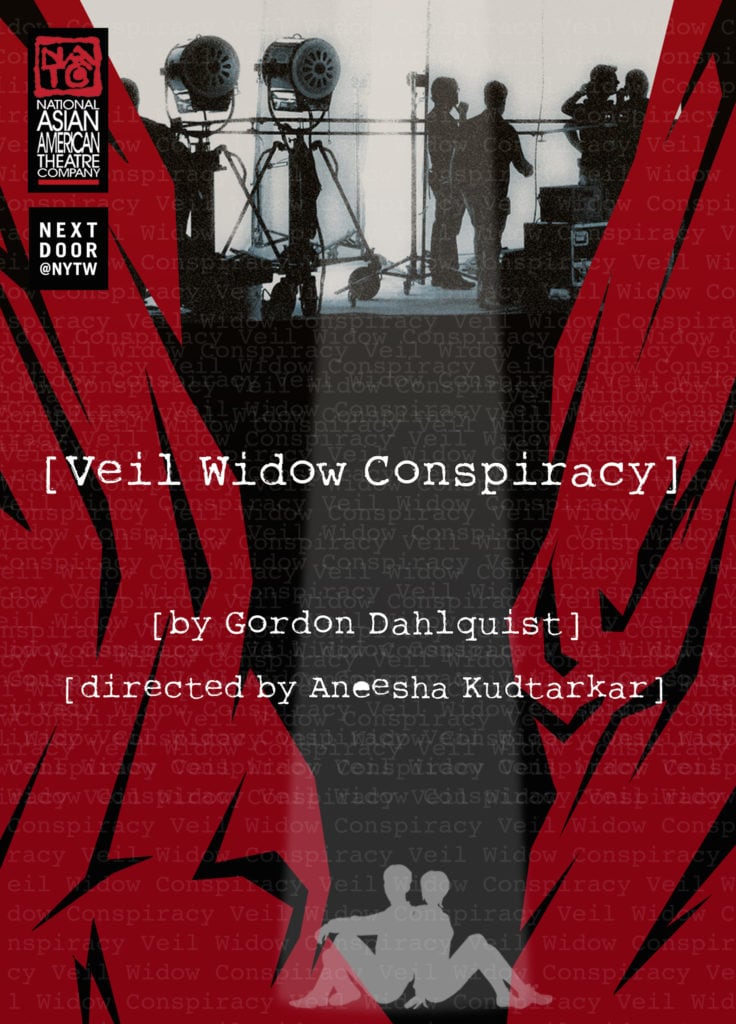