In honor of this month’s celebration of Stonewall50/World Pride, Theatre at St. John’s, in association with Yorick Theater Company, presents the first-ever revival of Charles Ludlam’s GALAS (1983). Originally produced by the iconic Ridiculous Theatrical Company – founded and helmed by the legendary Ludlam (1943-87) – the outrageously funny farce parodies the public and private life of opera superstar Maria Callas.

Starring and directed by Ludlam’s long-time partner and original RTC member Everett Quinton, the current limited engagement brings together pop culture, high camp, well-researched historical references, smart passages of apropos foreign languages, and over-the-top melodrama, in an uproarious “modern tragedy” that satirizes the narcissistic antics, and exposes the heartbreak and loneliness, of the world-famous American-born Greek diva. It also features the radical gender-bending casting and sensational drag (costumes by Ramona Ponce) that have been the hallmarks of the iconoclastic RTC style since its inception in 1967.

Quinton turns in a thoroughly engaging bravura performance as the eponymous Maria Magdalena Galas, the Callas-inspired lead character who is alternately fierce and desperate, laughable, infuriating, and heart-wrenching, as she recounts her troubled childhood, rails against her detractors, rises to international fame and wealth, and engenders countless scandals with her turbulent behavior and temperamental personality. His comic timing is spot-on and his range of emotions, facial expressions, postures, and gestures are consummately controlled and expressive, in a perfect balance of humor and pathos, transitioning instantaneously from spirited to venomous, loving to hateful, euphorically happy to wretchedly sad (in an operatic ending that deviates from Callas’s purported death from a heart attack in 1977, at the age of 53).

Lending hilarious support to the prima donna is the terrific Jenne Vath as the mad maid Bruna. Equal parts post-modern Goth girl, horror-film fright, and solo Greek chorus of the Fates, the wildly morbid look, bizarre histrionic mannerisms, prophetic warnings and pronouncements, and self-flagellations before the Pope (who holds a private audience for the renowned Galas and her entourage) bring down the house and add immeasurably to the laugh-out-loud eccentricities of the show.

Decades-long RTC member Beth Dodye Bass provides a notable cross-gender counterpart to Quinton as Galas’s rich and supportive husband and handler Giovanni, who becomes jealous, distraught, and vengeful after being dumped in favor of an even wealthier Greek tycoon. Witty scenes have Bass’s character costumed and lip-synching as the grief-stricken clown from Pagliacci at his competitor’s momentous masquerade party, then later telling the press that his wife lost all the weight she did by swallowing a tapeworm (as rumors had it in the tabloids of the time).

Other standout appearances by the ensemble include the effervescent Géraldine Dulex in the multiple roles of ticket seller, prelate, and blithe mistress, and St. John’s Pastor and Artistic Director Mark Erson as the philandering Greek magnate who soon drops Galas in favor of the American presidential widow Jackie. Rounding out the bold and lively ensemble are Maude Lardner Burke as his forsaken wife (dressed in an ancient Greek gown and, like Bruna, issuing fateful admonitions), Shane Baker as the imperious Pope Sixtus, and Christopher Johnson (along with Baker) as a demeaning representative of La Scala, sent to negotiate a contract with the demanding Galas in an amusing slapstick scene.

The set design by Jim Boutin and lighting and sound by Robert Neapolitan create just the right tone of playful tragicomedy and artistic creativity, as Quinton moves the cast around the space and down the center aisle, carrying cut-out props and rainbow flags to the impassioned arias of the famed soprano.

In its current revival at Theatre at St. John’s, GALAS is a tremendously entertaining and fitting homage to the revolutionary spirit that ignited the Ridiculous Theatrical Company, the nearby Stonewall uprising, and the Gay Pride Movement, keeping them all alive and well in this historic month of celebration. 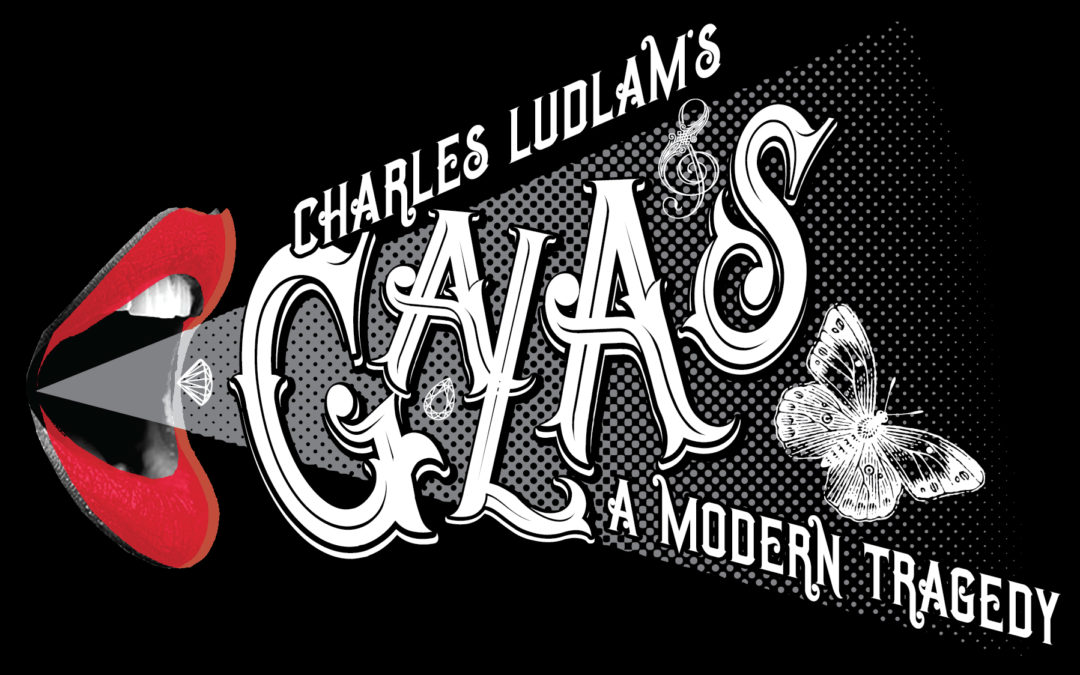