Currently featured on Broadway in the original cast of Be More Chill, Jason SweetTooth Williams is an actor, singer, writer, and long-time member of the wildly popular and talented Joe Iconis family, having appeared in many previous Iconis musicals (including Bloodsong of Love and The Black Suits) and having his voice heard on Ghostlight Records’ original cast recordings of Things To Ruin, Be More Chill, and on The Joe Iconis Rock n Roll Jamboree album. His latest venture with the Tony-nominated composer and lyricist is as co-writer of Broadway Bounty Hunter (with Iconis and Lance Rubin), which will make its Off-Broadway debut in a limited engagement at the Greenwich House Theater in July, following a critically acclaimed sold-out regional run at Barrington Stage Company in Pittsfield, MA. Williams is also scheduled to appear as a member of the cast in Iconis’s upcoming musical on Hunter S. Thompson, in development with California’s La Jolla Playhouse.

Jason was kind enough to make time to speak with me while juggling his top-notch performances as Jeremy Heere’s depressed dad, his teacher Mr. Reyes, and the SQUIP-pushing Scary Stockboy in Be More Chill with his preparations for the New York premiere of Broadway Bounty Hunter.

Who or what inspired the idea for Broadway Bounty Hunter?

Jason: The idea started with Annie Golden. The backstory is that Joe, Lance, and I have all known each other for a long time, since Joe cast Lance and me in his graduate thesis reading at NYU in 2005, which also included Annie. We all worked together for many years after that, and always thought she was amazing. One night backstage at a benefit concert Joe, Lance, and I did, we were talking about Annie and what a shame it was that no one had ever written a star-vehicle musical for her, and wouldn’t it be hilarious if we wrote one and made her an action hero! We laughed, but soon realized there was something to this idea that was more than a joke; we could tell a fun and poignant story. It all started with Annie.

Do you expect that this story will appeal to the fans of Be More Chill, or do you think it will attract a different audience? Are there any similarities between the two?

Yeah, I think fans of any of Joe’s musicals can expect another brilliant work from him. He has the ability few people have to create amazing music and stories, so the show is thriving on that level. With Be More Chill, it’s focused on young people, but everyone of any age can relate to what they’re going through in high school. With Broadway Bounty Hunter, we hope that people can also empathize with a woman of a certain age, and that younger people who are searching for their identity and inner strength will understand how she feels and that it’s no different from what they’re experiencing. Plus our cast is so diverse that there’s someone everyone can identify with and see themselves in.

Is there an underlying moral to the story, or was it conceived as pure entertainment?

The underlying theme of Joe’s shows is to celebrate the underdogs, people who feel like they don’t get a fair shake, to illuminate the marginalized people who don’t usually get to be in the spotlight. We’re trying to build up a community of misfits, who all fit together and will support each other. The show leads with fun, adventure, and comedy, but suddenly it kicks you in the gut with some serious issues.

What was your creative process in co-writing the work with Joe Iconis and Lance Rubin?

We had various ways of working. We had a lot of success with going out of town, for example, to Weston Playhouse, where we could get away from our hectic schedules in New York and sequester ourselves and focus on a beat or a segment we wanted to tackle. In general, Joe would work out a few bars of the music, Lance and I would do some writing on the book, and then we’d get together to try them out. We’d always allow ourselves to go wild, knowing some of the ideas were impossible, but we wanted to express our wackiest notions. The good thing is that we have no egos with each other, so when the others said they didn’t think it would work, we were fine. When we’re in the city, we’re all so busy, but we still try to block out time to get together, and to keep that time sacred.

What are the benefits of working with a circle of long-time colleagues and friends, as you now are in both Be More Chill and Broadway Bounty Hunter?

As friends, we have an underlying shorthand. We don’t have to dance around each other, we just say what we feel. I will add that in the cast we have people we’ve known for years, so we can write for them specifically, for their skills and to stretch their talents. Our director Jen Werner is also a part of our group, so we trust her completely to take to the stage what we’ve put on the page. That being said, all of the people who are new to this Broadway Bounty Hunter journey already feel like family.

Were you involved in putting together the cast and team for the Off-Broadway production?

Yeah, I was at all of the auditions for the casting and we all had a part of the open conversations with the producers and director. Jen assembled the team of people she had worked with and wanted to work with, and we were really excited about them, so we let her take the reins on that. Women are helming the ship, even though three men wrote the show, and we’re very excited about the massive number of women involved in a story about a woman, and to collaborate with people who we ourselves are not, so we can get their perspectives and better understand who they are.

Does the journey from regional theater to Off-Broadway and beyond feel any easier this time, after the phenomenal success of Be More Chill?

Hmmm; I don’t know, it’s hard for me to say because it’s my first time as a writer, so I’m privy to more of the issues on Broadway Bounty Hunter than I was as an actor in Be More Chill. What I’ve learned is that there’s no easy way to do it – it’s so much work, and on such a bigger scale than I ever would have expected. Having a huge fan base for Joe is certainly helpful, though, in terms of potential producers, the press, and the public knowing his success and wanting to support his next project.

What’s the best thing about being on Broadway?

Oh, wow! There are so many! First, to be on this level, in Times Square, in New York, is a dream come true for me. It’s a rare thing that’s happened for all of us – it’s miraculous. Also I love the camaraderie in the show. There’s no one ‘Cinderella’ track, everyone has a lot to do and works hard, and it’s an amazing feat every night. And the most rewarding thing is the love and support of the fans that got us to Broadway. To meet them at the stage door and to have them tell us how important this show is to them and how much it touched them – there’s nothing like it. It also gives us a certain responsibility to let them know that we’ve got their backs.

Will you miss being on stage in Broadway Bounty Hunter?

Yeah, I mean it’s interesting to be sitting back behind a table when you want to jump up and sing along! But I’m also excited about this new experience of being able to sit back, to watch it all come together.

Are there any plans for remounting any of Joe’s other shows that you worked on, like The Black Suits, in the near future?

I don’t know of any particular plans for The Black Suits, but I know that the internet love for the show is growing, just as it did for Be More Chill. I have a huge soft spot for it, because it was the first time I worked with Joe, Annie, and so many of the others. I was in my early twenties and played a teenager. Now, in my mid-thirties, I don’t have enough hair to be in it, so I would experience it as a fan, but I sure hope it comes back!

Many thanks, Jason SweetTooth; you’ve definitely got the right nickname! Congratulations on all of the well-deserved success of Be More Chill. I look forward to Broadway Bounty Hunter, as I’m sure your countless other fans do! 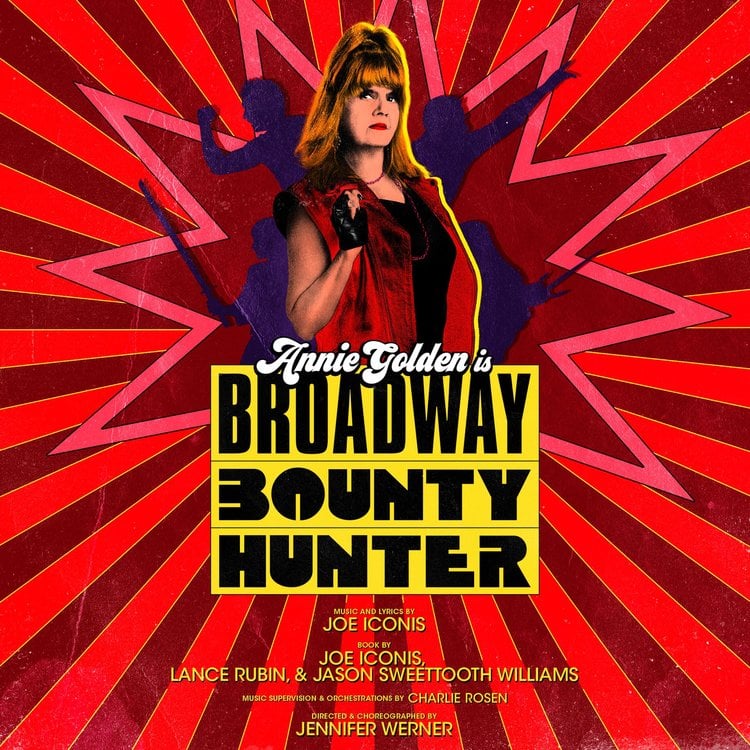 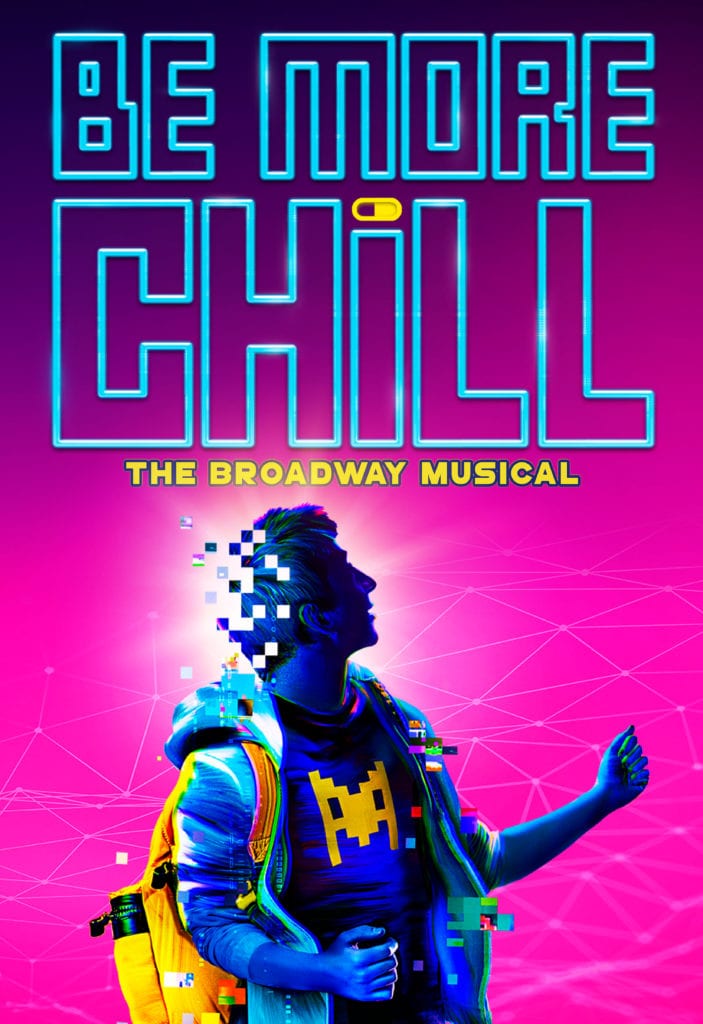