When Cynthia Shaw sits down at the piano and casually busts out Bach’s Allegro from Italian Concerto, you know Velvet Determination isn’t your average Fringe show. 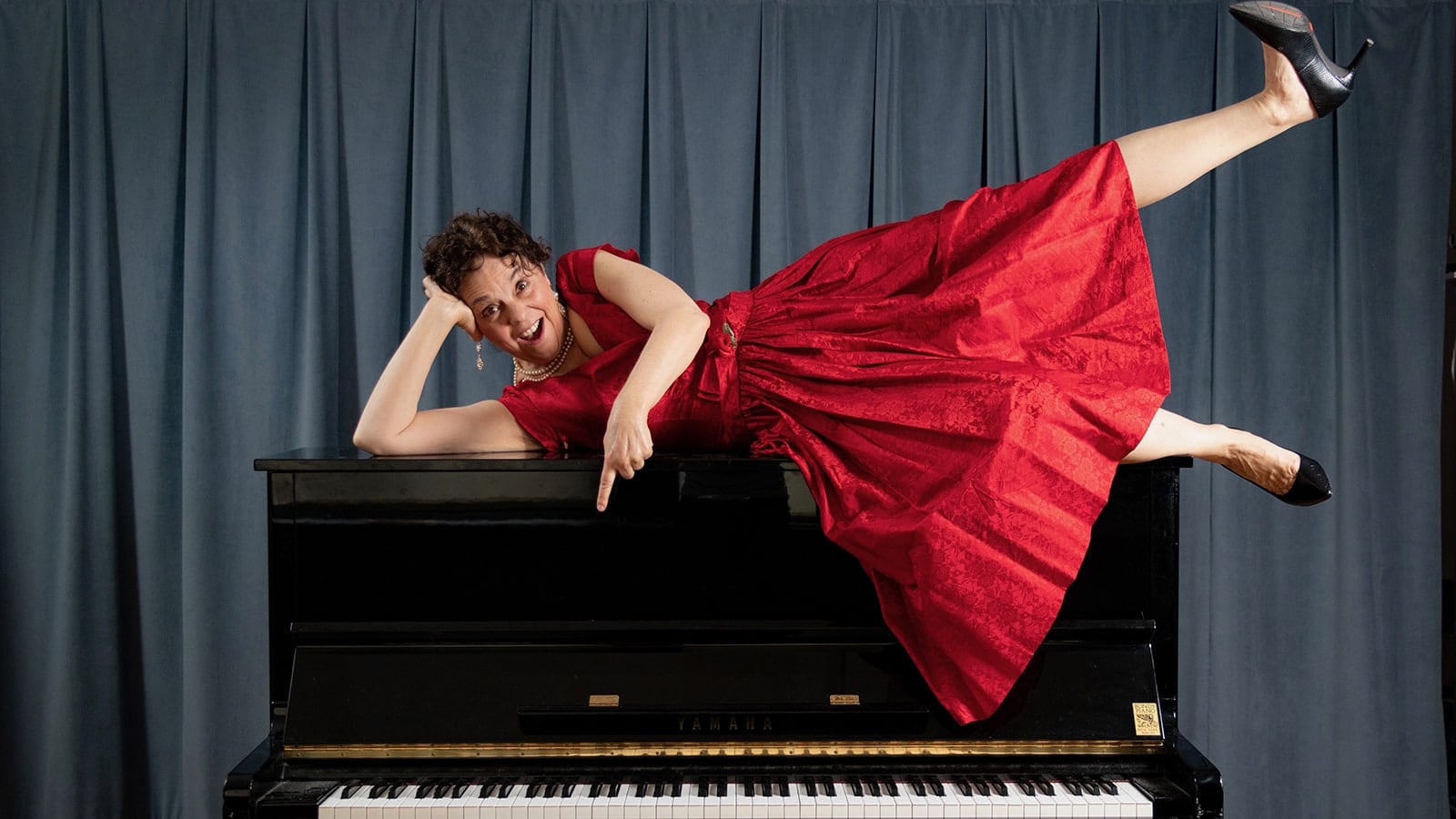 Written and performed by Shaw and directed by Page Clements, Velvet Determination is a one-woman show billed as “a musical journey about wrong notes, hard knocks, and the keys to success.” It weaves classical piano performance throughout Shaw’s storytelling.

The 55-minute show is autobiographical and centers on Shaw’s own story of perseverance as she sought to make a dream come true some 40 years ago: get accepted and subsequently graduate with a master’s degree in piano from the Manhattan School of Music. My recommendation: if you want your experience at Velvet Determination to be spoiler-free, don’t read Shaw’s bio in the program until after the show.

Her story is compelling. Shaw grew up as an especially gifted pianist, but because she never seemed to impress her musician father, she walked through the world thinking “You’re not good enough. No one wants to listen to you.” It wasn’t until she crossed paths with the right mentor that she began to believe in herself enough to up her hard work and discipline game to the level that her immense talent deserved. Shaw’s tenacity in moving forward after failure is inspiring.

With snippets from 19 different musical pieces, the highlight here is Shaw’s prowess at the keys. From Bach to Brams, Beethoven, and Debussy, Shaw’s mastery of classical piano is impressive. The storytelling/monologue piece could use a little more attention. Shaw got mildly tongue-tied from time to time. She’s also tasked with doing a gaggle of impressions. Some worked; some didn’t. The moments in which Shaw is most vulnerable are really impactful.

While Shaw is seemingly sharing her story in first-person, it feels less like a living room cabaret show and more like a person acting out someone else’s story. It also feels quite “scripted” in moments when just relaxing, taking a breath, and talking person-to-person would feel more “real” and engaging. Perhaps Shaw should ditch the script and just tell her story to the people in the room. A little script tightening and actor relaxing could make a huge difference here. But the stick-to-it-iveness that got Shaw through three rounds of grad school auditions, could certainly take this show from good to great. And it’s an excellent reminder: you are good enough. People do want to listen to you. Keep at it.