Back at the Fringe Festival after their successful 2018 appearance, Laugh Index Theatre’s production of Hold the Tomato strikes a number of funny bones during its fast-paced series of comic sketches. The versatile troupe headed by Artistic Director Nancy Safavi finds humor in everything from pouting babies doubling as corporate employees to lawyers who (don’t) love their jobs. 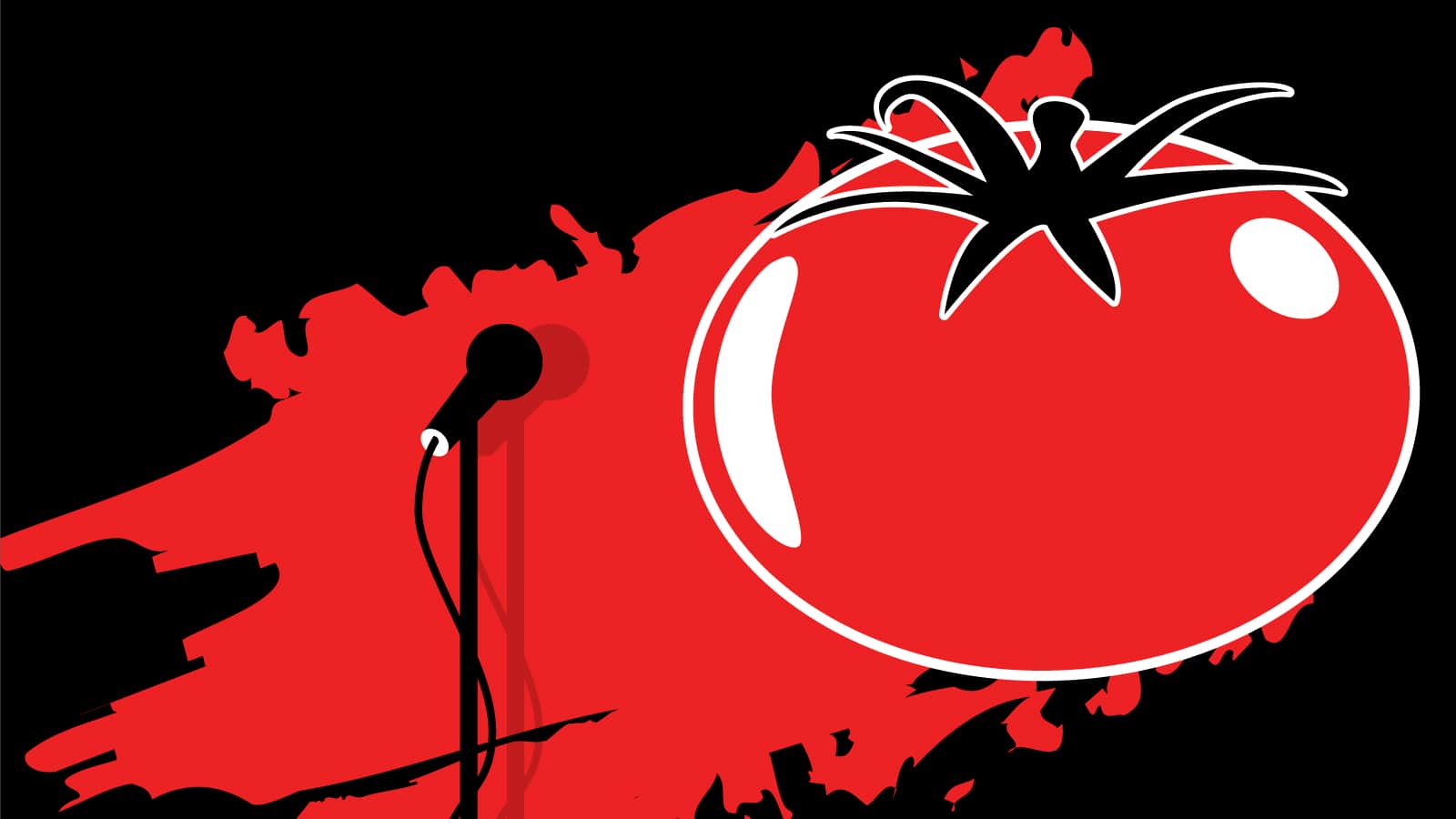 Some of their sketches were aimed squarely at locals. Who among us has not been momentarily blockaded by map-wielding tourists on the Metro? The troupe’s solution to this perennial annoyance was pretty dark – but hilarious.

Laugh Index Theatre believes comedy comes from our truth, and there is no doubt that this talented group draws much of its raw material from the stuff of day to day life. Nihilist News – a TV newscast parody– was repeated from last year’s production with good reason. Listening to a report on sports, or even the weather, in ways that render each meaningless at best, truly makes us think about how much idiotic dribble permeates our lives.

While not every sketch succeeds in making the audience erupt with laughter, the spunky cast showed a good sense of timing and ensemble work both during the sketches and the improv segments of the show. Audiences beware – you’ll be invited to share your opinions in real time, by tossing a tomato or two!

Running time: 75 minutes with no intermission