When was the last time you enjoyed a funny, edgy Woolly Mammoth production while digging up stubborn weeds from your garden or taking a stroll through Rock Creek Park? Just when we thought our options for entertainment may be narrowing down to a nub, the Telephonic Literary Union has opened up new dramatic horizons with their often hilarious, sometimes mysterious, and always wry production of Human Resources, a drama about customer service that plays out entirely on your cell phone. So plug in your earphones, get outside while you still can, and prepare to drop down several rabbit holes as you let your fingers do the walking through a bizarre yet strangely familiar telephonic universe. 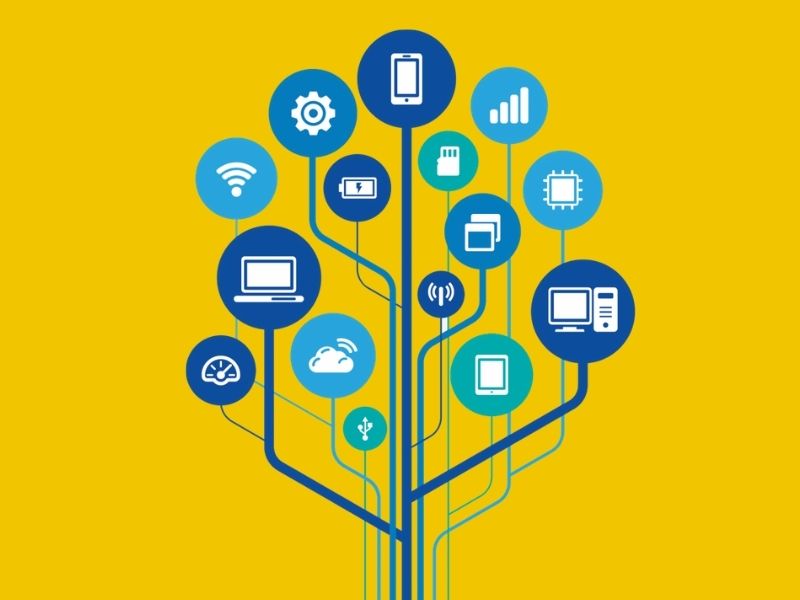 Your initial menu consists of several choices. Push 1 to file a claim for unhappiness. Press 2 if you’re in the mood for conscious rearrangement and a travel agent will help you plan the ideal escape. Other options include the dreaded “technical support” and the usually futile company directory. One of the staff members at least has the honesty of telling you he will be out of the office for the rest of 2020. Within each of these major branches of the phone tree, climb out along several limbs. Some, like the option to complain about mask-wearing that fogs your glasses, come to a quick and funny end. Others will entice you into private conversations and confessions that are difficult to resist.

The success of this production lies in how close it comes to mimicking our infuriating everyday experience with phone trees (“you are now 36th in the queue”) while pursuing their often idiotic outcomes and chiding us for putting up with them. “There are so many lonely people,” says one recorded message. “We are sorry to hear you are one of them. This can’t be helping.”

We’re also reminded that the banal messages recited by robots were written by real human beings who have stayed up at night thinking up new scripts laced with empathy, antipathy, or even poetry. While one voice apologizes for the failure of the system, another recites a calming verse by Wendell Berry. One reads a numbing boilerplate of disclaimers and another sneers, “I’m just f–king with you. I’m just an actor from the past who has been recorded.”

The Telephonic Literary Union is in the business of storytelling using phones, an ideal resource during these isolated times. Their production is the first of Woolly Mammoth’s new digital season. Company members include Sarah Lunnie, a new-works dramaturg who has worked nationwide; Stowe Nelson, currently production manager for Chicago Public Media’s This American Life; and Yuvika Tolani, associate producer at The Public Theater. They are joined by commissioned artists Brittany K. Allen, a writer and actor; playwrights Christopher Chen and Hansol Jung; and musical storyteller Zeniba Now.

One of the recorded messages warns us that we have just spent precious minutes of our life waiting on a phone tree that we will never get back. If you think you’ll be spending any time on a phone tree soon, make sure to listen to Human Resources first, while you are out and about or just enjoying otherwise quiet moments at home. It just may help you endure your next “customer service” experience with a modicum of humor, patience. and grace. 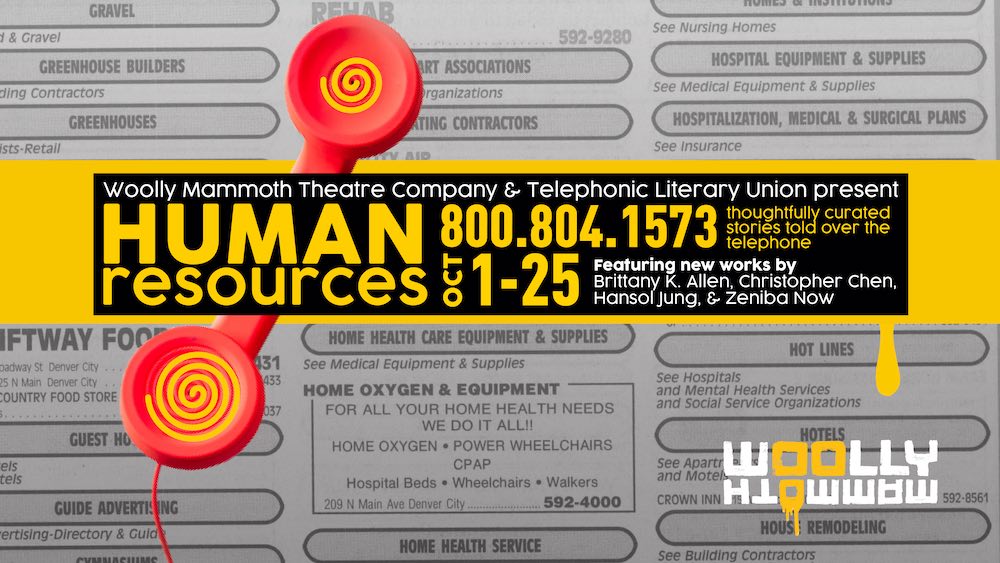 Running time: That is up to you! Keep navigating through the menu of choices until you have explored all the recordings, or call back several times to enjoy the options in smaller bits.

Human Resources is available on cellular phones October 1 to 25, 2020. For tickets, click here. Each ticket is good for a four-day time period, beginning Thursday at 12 am. Listen anytime, day or night, during the following Thursday–Sunday window.