Authors and music specialists Richard Carlin and Ken Bloom present a densely packed, meticulously researched, and painstakingly incisive portrait of a jazz icon and his times in their recently published biography Eubie Blake: Rags, Rhythm, and Race, from Oxford University Press. Through twelve chapters that span Blake’s nearly century-long life (1887-1983), they trace not only the trajectory of his career and the significance of his music to the history of Broadway and American culture, but also his personal and professional relationships and the unconscionable racism that pervaded our society and raised constant barricades and threats to his success.

The writers pored over a wealth of material, including correspondences, contracts, photos, and other documents from Blake’s personal archives, previous biographies on the groundbreaking composer and pianist, interviews with the man and his associates, and reviews of his work, to produce a comprehensive volume that holds appeal for fans, students, and scholars of music, Broadway, and history alike. As did his career, the book keeps returning to Blake’s two greatest hits, Shuffle Along, which was a hallmark in Black Broadway productions (one of the top ten musicals of the 1920s, and the first financially profitable show to have Black writers and an all-Black cast) and its ebullient number “I’m Just Wild About Harry,” which became President Harry Truman’s campaign song in 1948, and a standard of the Great American Songbook. 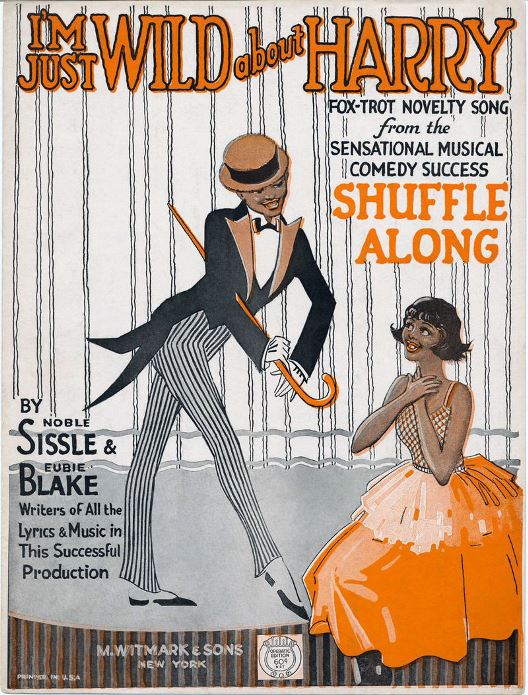 Beginning with his heritage as the son of former slaves, the biography traces Blake’s prodigious musical talents from the young age of four in his hometown of Baltimore, where his “too religious” mother enrolled him in piano lessons with the intent of having him play in church. But he began performing in bordellos, saloons, and dance halls as a child, exhibiting a penchant for the syncopated rhythms of ragtime, soon writing his own music and earning welcome wages for his work. From those early roots, through his teen years there, in New York, and on the road playing Vaudeville and minstrel shows, his wartime service in Europe with the National Guard, becoming an established musician and theater artist, and making his Broadway debut with Shuffle Along in 1921, Carlin and Bloom paint a vivid picture of the ups and downs Blake experienced then and in subsequent decades, fighting against prejudice, stereotypes, segregation, and widely slung epithets, while always following his father’s advice not to hold any malice towards whites (“Don’t you hate people”) and stressing the importance of education over the ignorance that drives racism.

The biography also examines the interactions Blake had with family, friends, artistic collaborators, and business associates, including Shuffle Along partner and lyricist Noble Sissle and such notable trailblazing Black stars as Josephine Baker, Lottie Gee, Florence Mills, Bill “Bojangles” Robinson, and Ethel Waters. In addition, it reveals his less admirable trait of being an unapologetic womanizer, constantly cheating on his two wives (Avis Lee and Marion Gant Tyler) and simultaneous mistresses, having affairs with the members of his casts and chorus lines that he felt were up to his standards (while criticizing other men for their bad taste in those with whom they philandered), and, in his 90s, when questioned by an interviewer when the sex drive subsided, responding, “You’d have to ask someone older than me.”

Despite the lifetime of challenges he faced (many of which are still being addressed by the current Black Lives Matter movement) and his behavior towards women (of the type that would ultimately lead to the present-day #MeToo and #TimesUp movements), Blake’s fame would have a major resurgence later in life. The 1970s and ‘80s saw the Broadway productions of Bubbling Brown Sugar (1976), which featured a selection of Blake and Sissle songs, and Eubie! (1978), an entire show devoted to his music, followed by a rash of concerts, jazz festivals, recordings, TV appearances, and tributes, including 100 Years of Music at DC’s Kennedy Center and a gala celebration at St. Peter’s Church and the Shubert Theater in New York, held just prior to his death in 1983.

Both his popular revival, while in his 90s, and this outstanding book serve as testaments to Eubie Blake’s genius and the indelible impact he had on the genesis of ragtime and jazz, integrating Broadway, giving opportunities to legendary Black artists, and speaking to a previously disenfranchised Black audience. The rich text is supplemented with 28 vintage photographs, a ten-page appendix containing a partial list of Blake’s compositions (compiled from ASCAP and copyright records), extensive notes, and a full bibliography and index. 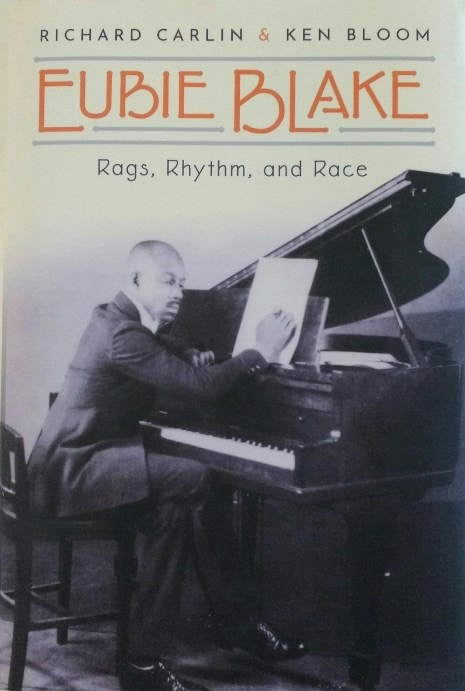