Charles Dickens’ classic novella of 1843, A Christmas Carol, has remained a beloved time-honored tradition of the holiday season since the Victorian era, with a wide array of presentations to choose from each year. Amidst all of the arduous challenges the world has faced in 2020, the uplifting allegory of the transformation of the miserly Ebenezer Scrooge, with its enduring message that love, kindness, empathy, and generosity make life worth living, is especially timely now, and Tony Award-winner Jefferson Mays delivers it to perfection in a solo tour-de-force performance of A Christmas Carol Live, streaming now through January 3.

The brilliant new adaptation, conceived by Tony-nominated director Michael Arden (Once on This Island) and scenic/costume designer Dane Laffrey, and written by Mays, Arden, and Australian actress Susan Lyons (Mays’ wife), is condensed to a rich and vivid 90-minute fusion of the best of theater, cinema, and virtual reality. Filmed live on stage at New York’s United Palace on October 28, during the pandemic hiatus of audience-attended in-person shows, the world-premiere streaming video is based on the critically acclaimed 2018 theatrical production that debuted at the Geffen Playhouse in Los Angeles, starring Mays as the narrator and all of the more than 50 characters in the moralizing tale. As advertised, it is an “experience unlike any other – past, present, or future.”

Comprised of five acts, or “staves” (the musical term employed by Dickens to underscore the different tones of his original chapters), the production is presented in the context of a narrated account, interspersed with compelling enactments of the well-known episodes and lines spoken by the familiar figures. With his impeccable range of English accents and speech patterns, it is impossible to discern that the American actor is a native of Connecticut, not Great Britain. His portrayal of each of the roles is recognizable and distinctive, with apropos voices, intonations, demeanors, movements, and emotions, including those of the women and children, the spectral faces and utterances of Jacob Marley and the triad of temporal spirits, and the life-altering revelations experienced by Scrooge, inspired by his perceptible affection and concern for Tiny Tim. Under Arden’s riveting direction and active blocking, Mays’ transitions from one to another are seamless, his timing and delivery flawless; this is masterful acting at its most engaging and believable, by an unparalleled virtuoso.

Mays’ stellar performance is supported by a haunting artistic design from a top-notch creative team. The period-style set by Laffrey – who also costumed Mays in 19th-century-style attire, with corresponding hair and make-up by Cookie Jordan – tellingly contrasts the barren properties of Scrooge with the lavish interior of his nephew and the modest home of the Cratchits. Ben Stanton’s lighting is dark and eerie, with dim patches of candlelight, electrifying bursts of illumination, foreboding silhouettes, and sinister fog effects, in keeping with the ghostly theme, and a virtual backdrop of stunning projections by Lucy Mackinnon further serves to define both the realistic locales and the paranormal activities. Joshua D. Reid provides an equally dramatic soundscape of sudden crashes and booms, bells and echoes, to enhance the otherworldly mood (only the current indie-folk-pop music by Sufjan Stevens seems an anachronism within the otherwise Victorian environment). It is all captured with astonishing clarity and precision by cinematographer Maceo Bishop.

In the spirit of the season of giving, 57 partner theaters across the country will benefit from the proceeds of this must-see streaming event. They include Baltimore Center Stage, Bucks County Playhouse, Paper Mill Playhouse, and United Palace, in addition to the Theatre Development Fund (TDF) – a non-profit organization dedicated to making the performing arts affordable and accessible to everyone. There is no doubt that Tiny Tim would approve. Kudos to all of the outstanding artists involved in this extraordinary production. 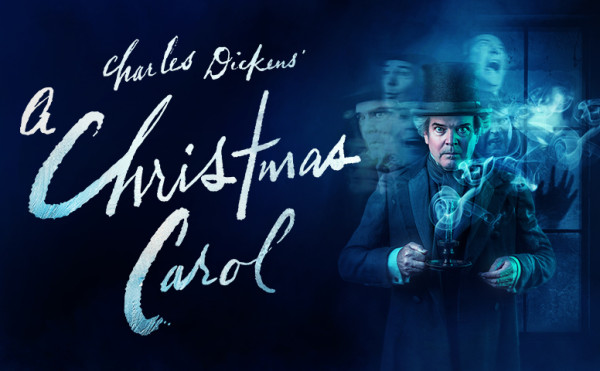 A Christmas Carol Live streams through Sunday, January 3, 2021. For tickets, which allow unlimited viewing within a 24-hour period, go online.