After its popular holiday broadcasts of the Macy’s Thanksgiving Day Parade, the lighting of the Rockefeller Center Christmas tree, and The Christmas Spectacular Starring the Radio City Rockettes – At Home Holiday Special to keep the beloved New York City traditions alive and accessible to audiences everywhere during the coronavirus pandemic, NBC will present two more specials this week that feature the shows and stars of Broadway. 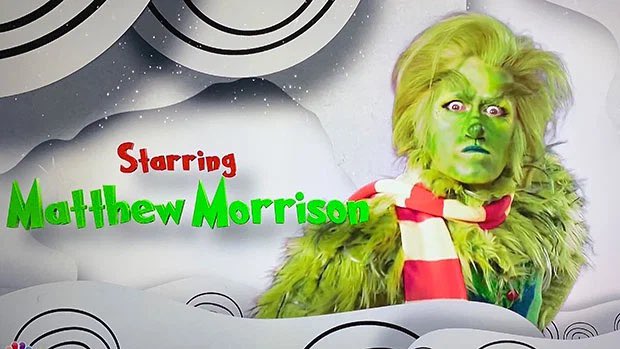 Dr. Seuss’ The Grinch Musical! – Known to fans everywhere for his TV role as the teacher and glee club director in the Fox series Glee, Broadway veteran and Tony nominee Matthew Morrison (The Light in the Piazza; Hairspray; Finding Neverland) is returning to both the stage and screen this holiday season in a televised musical adaptation of Dr. Seuss’s classic children’s book How the Grinch Stole Christmas!, airing on NBC from the Troubadour Theatre in London. Starring Morrison as the “dastardly and lovable” green grump who plots to put an end to the Christmas celebration of the Whos in Who-ville, the fun-filled and heartwarming two-hour special, directed by Julia Knowles, is based on the Broadway production of 2006 and 2007, with book and lyrics by Tim Mason, music by Mel Marvin, and staging by Max Webster (with additional script material by Simon Nye and sets by acclaimed designer Peter Bingemann for the current iteration). Joining Morrison on stage will be Tony winner Denis O’Hare (Take Me Out) as the Grinch’s faithful dog Max, along with Booboo Stewart (Descendants 3) as young Max, newcomer Amelia Minto (The Lost Girls) as Cindy-Lou Who, and an ensemble of top musical theater actors from London’s West End.

Dr. Seuss’ The Grinch Musical! airs on NBC on Wednesday, December 9, at 8 pm (ET/PT). Viewing is free, and no cable is required for access to the network. To get a look at some clips from the show (which has gone viral with comments across social media platforms), click on the arrow below: 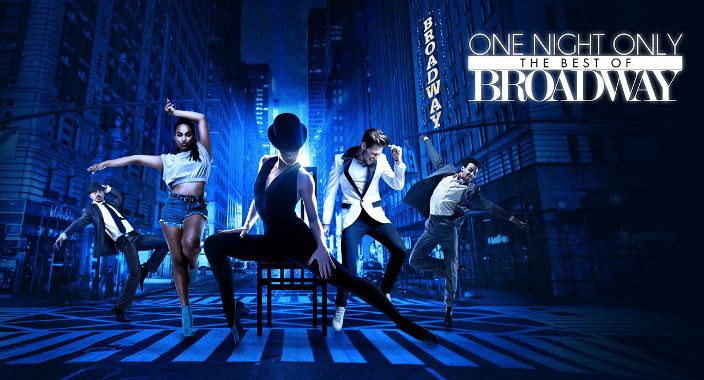 One Night Only: The Best of Broadway will air on Thursday, December 10, at 8 pm (ET/PT) on NBC. Viewing is free on network TV, but voluntary donations will benefit Broadway Cares/Equity Fights AIDS, to help provide health care, medication, groceries, and emergency financial assistance to those struggling through the pandemic in the Broadway community, in an industry that will remain closed for more than a year. In addition to airing the telecast (produced by Brad Lachman Productions), NBCUniversal is making a generous donation to the non-profit organization.

You can watch a preview of the show here: