Sure, we theatergoers miss live productions. But then again, for the adventuresome, there is a veritable taster’s menu of virtual theatrical events. No need to leave home, no need for Metro or parking; one can watch in pajamas. And best of all, there are gems to discover likely to have been missed in a more purely physical world.

One of the gems I recently discovered is an upcoming Theater J staged reading of Abomination, a new script by local playwright Nicole Cox (Office of the Speaker, All Other Nights). 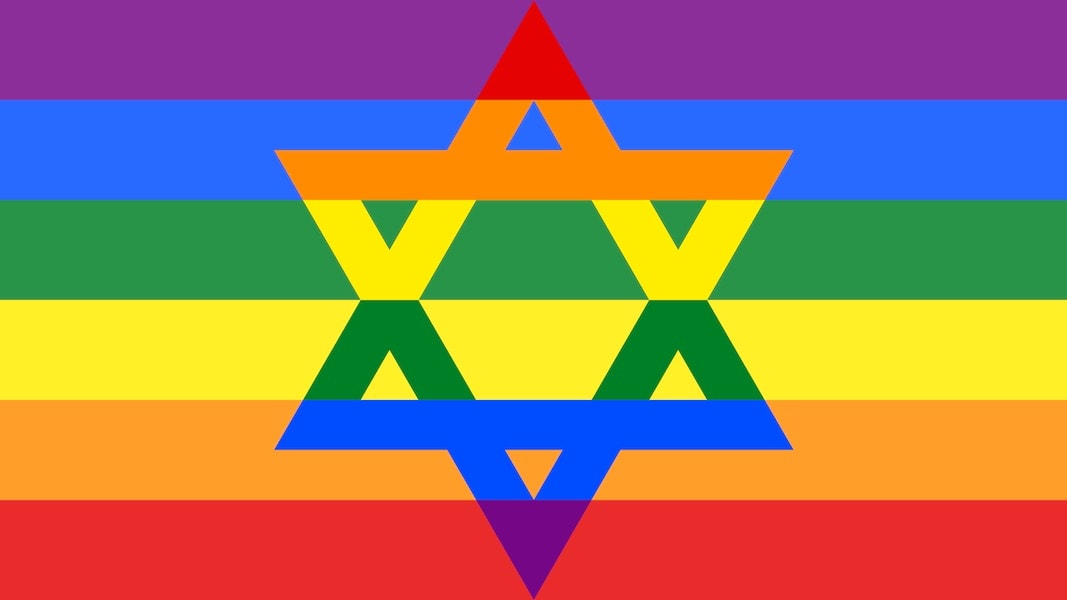 Abomination is based on real events leading up to the 2015 court decision Ferguson v. JONAH (Jews Offering New Alternatives to Homosexuality), which ruled that conversion therapy, or “ex-gay” therapy, constitutes consumer fraud. The play centers on the struggles and personal anguish of three young gay Jewish men as they deal with a strict religious upbringing and a less-than-understanding family and community and struggle with questions of “who am I?” and “where do I belong?”

As they age from about 11 years old to their mid-30s, the play travels back and forth from 1989 to 2015. The setting is New York and New Jersey. But it could be anywhere in America.

Cox described Abomination to me as “the story of a motley crew of queer yeshiva graduates who team up with the Southern Poverty Law Center to successfully take down a conversion therapy organization that spent decades abusing queer kids, and taking advantage of their families, in Orthodox Jewish communities on the East Coast. But this isn’t a play just for queer folx, or Jewish folx, or East Coasters.

“This is a play for anyone who’s interested in the struggle for integrity — becoming who you were meant to be with the help of people who encourage you and despite those who stand in the way. It’s a play about honesty, forging your own path, and building community. It’s about the salvation of chosen family and the power and magic of language.”

Veteran director Jose Carrasquillo ( The Brothers Size at 1st Stage; Director, Artistic Programming at Ford’s Theatre) heads a cast starring Tiziano D’Affuso, Billy Finn, Kimberly Gilbert, Mitchell Hébert, Susan Rome and Chris Stinson. They cover multiple roles including family members, mothers and fathers, lawyers and rabbis as well as the three young men at the center of the play,  the one who helps save them, and the one who was a charlatan.

Cox’s script brings sharp focus to three young men who feel they had no opportunity to be themselves. They want to be part of a community, a Jewish community that will be accepting. Says one of the three: “For the longest time I thought I was the only gay person in the entire Orthodox world, but, of course, I know I can’t be. If I exist, others do, too. Wouldn’t it be great if we could find each other, and all know each other, and be a community?”

The drama is a complex journey full of bumps and worse. As they seek help they find an unexpected guide along with plenty of charlatans and snakes. Their journey involves self-revelations, forming long-time friendships, and, for one, physical abuse. But together they build a family of three so as not to be erased.

Among the three main and vulnerable characters, one is the victim, one is an activist, and another an organization builder and an accountant. Their personalities and voices are unique but they are seeking together a new community and family. Call it a “chosen” family. Living a life that is not toeyvah (an abomination).

From Carrasquillo and Cox I learned that Abomination has been in development for several years including a reading at the Kennedy Center Page-to-Stage Festival. After my conversations with them, it was clear that while the play’s characters and setting may be a Jewish, the situations are universal. It is not just a single faith that can be antagonistic to LGBTQ+ youth and communities.

Abomination has a powerful message about seizing moments so that an individual is heard and seen, not erased from view. “If I am not for myself, who will be for me? If I am not for others, what am I? And if not now, when?,” Rabbi Hillel is quoted as saying centuries ago

If you take in Abomination, please let me know what you think. And let me know of other readings in the DMV that we at DCMTA should highlight as we all continue our lives bereft of live theater yet able to teleport ourselves anywhere.

Abomination is receiving a special online reading as winner of the Theater J inaugural Patty Abramson Jewish Play Prize.  The free live reading is December 17, 2020, at 7 p.m. ET, with free streaming on demand from December 19 to 20, 2020. To register, click here. Theater J Artistic Director Adam Immerwahr will interview Cox after the reading.