Yael Weiss can remember the exact moment it all began. It was the summer of 2017, and the Israeli-American pianist was reading newspaper headlines in her New York apartment. Each story was more violent than the next, from political infighting to the MeToo movement and vehicle attacks. “I thought, is there anything I could do to transform that atmosphere of alienation and division and fear into an atmosphere in which we are curious about the other?” she recalled.

Weiss then began commissioning works linked to each of Beethoven’s 32 piano sonatas by composers from conflict-plagued countries. On Wednesday, December 16, 2020, she will host a 12-hour marathon starting at 9:00 am ET to celebrate Beethoven’s 250th birthday, with live performances of the new pieces and corresponding fragments by the German master, plus conversations with 12 of the commissionees. Two of the works, by composers from Hong Kong and Cambodia, will see their world premieres.

Bosba, a Cambodian folk singer who was once on her country’s Olympic judo team, produced a lyrical composition that riffs off Beethoven’s Op. 22 sonata, artfully melded with a traditional Khmer song. “Beethoven and Cambodia are worlds apart, yet both represent my reality of being pulled by my learned culture, and the one I was born into,” she writes in accompanying notes. “I present my conversation with both of these cultures, and the possibility that they do and can co-exist.”

A whispering blackbird call grows louder, before quoting the sonata and the simple motif from the final “dona nobis pacem” (“grant us peace”) section of Beethoven’s Missa Solemnis where he inscribed “A Call for Inward and Outward Peace” on the score. Weiss calls this prayer of sorts a “common aspiration” threading all the pieces of the project.

Alfred Wong’s opener is connected to the Op. 57 “Appassionata,” one of Beethoven’s most technically challenging sonatas. The Hong Kong composer begins his miniature with a dark rumble in the lower register of the piano accompanied by dissonant chords. The relentless struggle lets up only at the very end, when it recalls the “peace” theme.

The event’s virtual platform allows for content that would be impossible to present seamlessly in the concert hall. The composers, in conversation with Weiss, are beamed in from their living rooms around the world to show in real-time the links between their works and Beethoven while also answering viewers’ questions. There are demonstrations of the West African kora string instrument, the sandaya method of playing western piano in Myanmar traditional music, and a folklore group performing a Cambodian song, all part of material that inspired some of the pieces.

Weiss, who has won international accolades as a Beethoven interpreter, becomes one with the commissions she performs. Through her fine technique, she highlights their pain and hope while delicately underlining parallels with Beethoven. The new pieces reflect a broad array of socio-political experiences and musical traditions, from ethnic conflict to the killings of Venezuelan peace protesters, Chinese modes and hexatonic modal melodies common to Xhosa women’s style of singing in South Africa.

In an earlier interview, Weiss remarked that despite growing up in Israel near Malek Jandali in Syria and fellow project composer Saed Haddad in Jordan, they had “very different” lives as children. “Being able to share now through music is very fulfilling,” she said.

Jandali dedicated his work to the Syrian children’s “noble quest for peace” while being caught up in the country’s long-running war. The work repeats motifs from Beethoven’s Op. 31 No. 3 sonata, known as “The Hunt,” while using the double harmonic major scale in D, an Arabic mode. With stylistic nods to Syrian folk songs, it ends in a soft prayer for peace. Jandali quotes material from the first movement of the 1802 sonata, whose repeated chords are akin to a horn call. He left aside the hilarity of the second movement scherzo, a musical joke. In order to highlight the emptiness of peace agreements, Haddad meanwhile removed the inner pitch from Beethoven’s motif at the point when the choir would make its plea for peace (“pacem, pacem”), so that the focus is on the two outer tones of the hollowed-out minor third chord.

Music was banned under Taliban rule in Afghanistan. So as a child, Milad Yousufi painted a piano keyboard on paper and imagined the sound it could produce as he pretended to play. He was 13 when he was first able to play on a real piano. His work “Willow” references Beethoven’s Op. 13 “Pathétique” Sonata, but with an opening C major chord rather than the original C minor. Contrasting sections follow inspired by the sonata’s third movement rondo, with heavy use of an ancient Afghan rhythm in 7/8 known as Mughlai. “My music, if you hear it, there’s a sense of anxiety in it and the themes and melodies, they are very dark and sad, and then there are moments of peace,” said Yousufi, who saw friends killed before his eyes.

Beethoven, the giant of Western music Weiss has taken on virtual journeys across the globe, has had a rough going with his quarter-millennial after the pandemic scuttled plans for mass concerts. But the theater shutdowns triggered by the virus have also forced artists, especially in a classical music field resistant to change, to come up with new ways to connect with audiences at home. “I believe that we will not go back to exactly how things were,” Weiss said, reflecting on how digital platforms facilitate direct communication and outreach with growing audiences. “I think we will maintain some of that, even once we are back to the usual way of doing things.”

The transition has not come easily for classically trained concert pianists like Weiss. “There is something about being in a space with breathing bodies, an audience and the acoustics of a hall, and the fact that when we play a concert in the circumstances we’re used to, it happens in real-time,” she explained in an interview. “It’s an interpretation of a piece of music that will never be there again. There is a kind of magic about that.”

Now, a performance that would have been a one-off lives permanently online. Weiss’s unedited, pre-recorded show for the Smithsonian’s National Museum of Asian Art has received 2,000 views so far, many times more than would have been possible in the theater as originally intended in March. “For me, artistically, this was a big challenge to accept and get used to this new form of playing. If you make a pre-recorded video, you’re playing for nobody in particular. There’s an empty space, there’s a video crew, and that’s your audience,” Weiss said. “Music is all about communication. We get so much out of the presence of people there, and music becomes alive in some ways thanks to that.”

The 21st-century denizen still has much to learn from Beethoven, who lived at a troubled crossroads of history, rife with war, conquest, and revolution that often spilled into his work. His 26th piano sonata, Op. 81a was dedicated to Archduke Rudolph, who was forced to leave Vienna in 1809 after a French attack led by Napoleon Bonaparte. Above the first three chords, Beethoven wrote “le-be-wohl” (farewell). A few years earlier, in 1804, Beethoven had angrily scratched out the original dedication to “Bonaparte” of his Symphony No. 3 after Napoleon crowned himself emperor.

Despite the turmoil, the composer relentlessly advocated for universal brotherhood, liberty, and equality, as well as for artistic independence. Those beliefs make his music still relevant today in a world even more divided, unjust and war-torn. “The suffering he went through in his life, the result from losing his hearing, being isolated from society, feeling that he was deeply misunderstood and growing up in a very abusive household—all of those things show up in his music, and those are universal human stories and human challenges,” Weiss said.

Her initiative, dubbed 32 Bright Clouds, still has a long road ahead. About 20 pieces have been commissioned thus far. Several are set for premieres next year, including those by Colombia’s Carolina Noguera-Palau and Xavier Beteta, who dedicated his work to the Ixil Maya population massacred in the Guatemalan Civil War.

Weiss dedicated the marathon to her late mentor Leon Fleisher, a student of Artur Schnabel, the legendary Austrian-American pianist who produced the first recordings of the complete Beethoven piano sonatas. The seeds for her project were planted when Fleisher had Weiss and his other students at the Peabody Institute conservatory in Baltimore, Maryland perform the cycle back to back. “I remember the joy of feeling like I’ve lived through a whole lifetime in a single day, and I think that’s how it will feel on Wednesday,” she said. 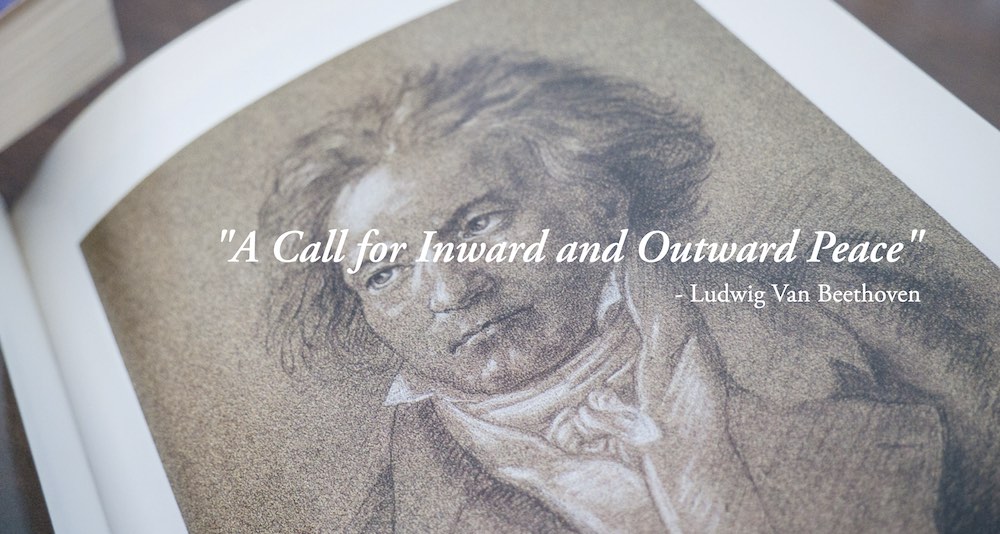