This weekend’s top streaming picks include headline concerts by a multi-hyphenate Broadway favorite and an international Fado artist, along with a post-apocalyptic dark comedy with songs from a socially-conscious charitable theater company. All three are sure to delight! Listed in order from Friday to Sunday, they are: 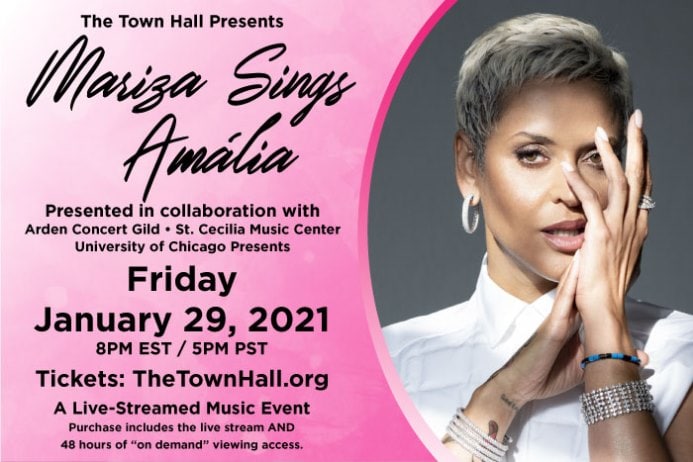 Mariza Sings Amália – As part of The Town Hall’s The Voice, A Voz series, Portuguese singer Mariza (who made her debut at the historic NYC venue in 2003, and has sold more than a million copies of her recordings worldwide) celebrates the 20th anniversary of her career, the centenary of the birth of Amália Rodrigues (the late Queen of Fado, who performed her last show at The Town Hall in 1990), and the release of her eponymous tribute album on Nonesuch Records, featuring her own unique performances of ten of Rodrigues’s Fado classics, with a livestream concert on Friday, January 29, at 8 pm.

Filmed exclusively for the webcast in Lisbon, Mariza’s special event, presented by a consortium of five US venues (The Town Hall, Arden Concert Gild, St. Cecilia Music Center, University of Chicago Presents, and Wolf Trap Foundation for the Performing Arts), brings the traditional sound, stylings, and identity of Portugal into the 21st century, while honoring Amália for her legacy and inspiration. For tickets (priced at $40 for the concert, or $52 for the concert and a signed CD), go online. 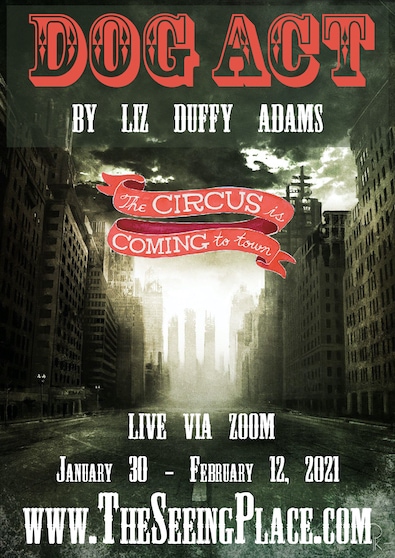 Dog Act  – Off-Off-Broadway’s The Seeing Place Theater (TSP) continues its tenth anniversary season, focused on the theme of The Body Politic, with a virtual production of playwright Liz Duffy Adams’ irreverent darkly comic take on the classic doomsday genre. The post-apocalyptic tale follows the adventures of a traveling performer, her companion Dog (a young man undergoing a species transition), and their small itinerant troupe, as they wander through what used to be the northeastern United States on their way to a gig in China. Can they find it, and will they survive the journey?

The two-hour play, with five original songs, stars Robin Friend, William Ketter, Jon L Peacock, Hailey Vest, Brandon Walker, Weronika Helena Wozniak, and Erin Cronican – all veteran members of the TSP ensemble (comprised of actors from the BIPOC, disabled, LGTBQIA, and immigrant communities, 75% of whom are women or non-binary) – with direction, scenic design, and costumes by Cronican, music, arrangements, and sound design by Walker, and original scenic artwork by Laura Bonacci Art. It will be performed live via Zoom on Saturday, January 30, and Friday, February 5, at 7:00 pm; streaming is also available Tuesday-Saturday, February 2-12, via YouTube. For tickets ($10-50), call (866) 811-4111, or go online. Proceeds will benefit the Food Pantry at St. Clement’s NYC – one of the most diverse Episcopal parishes in New York and a longtime center of outreach and service to the poor and disenfranchised.

Lauren Marcus – Live from Rockwood Music Hall – Following her sold-out 2019 residency at Rockwood Music Hall, the multi-talented singer-songwriter-musician and actor (known to millions of fans worldwide for her portrayal of Brooke Lohst in Be More Chill) returns to Stage 2 of the popular Lower East Side club for a new livestream concert on Sunday, January 31, at 8 pm. A graduate of New York University (with a Bachelor’s degree in Music and a specialization in Vocal Performance) and the Royal Conservatoire of Scotland (with a Master of Arts in Classical and Contemporary Acting), and an alum of the Johnny Mercer Foundation Songwriters Project, Marcus will perform a set list in her self-described “retro-pop-with-a-touch-of-country vibe,” backed by Mike Rosengarten on guitar, Matt Scharfglass on bass, and Jeremy Yaddow on drums.

Lauren tells me that, except for her recent cover of Linda Ronstadt’s “Long Long Time,” the music will all be original, including her best-known song “I Got The One That Got Away Back,” her old favorite “Moonshine,” and her new Chuck Berry-inspired tune called “Too Many Feelings,” along with a number of songs from her Rockwood residency. She adds that she is “beyond excited and very much looking forward to a return to normalcy with this gig,” in that she’ll be playing live on stage with other musicians and will “truly love to lean into the Joy aspect on this one!”

In signature Rockwood style, the concert will be livestreamed with the latest in high-end tech, including 1080p HD multi-camera video and soundboard-quality audio piped directly into the speakers or headphones of the 100% at-home audience. Tickets are $15, with flexible pricing and tipping options for the venue and/or artists. Upon purchase, you will receive an email confirmation and access link to the livestream, which allows an additional week of viewing after the premiere on January 31. 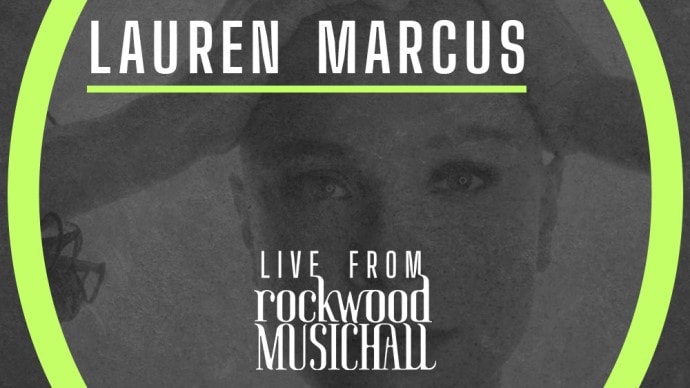 These three top picks will be an entertaining way to get you through the cold winter weekend ahead, so be sure not to miss them!