Everyman Theatre actors, designers, and crew are back in the rehearsal room preparing for the run of Molly Smith Metzler’s 2017 play, Cry It Out. The full production will be filmed at the theater and available virtually to stream into homes from March 1 through April 11. Founding Artistic Director Vincent M. Lancisi will direct.

Cry It Out takes an honest look at the absurdities of being home with a baby, the power of female friendship, the dilemma of going back to work, and the effect class has on parenthood in America. The play’s title refers to the practice of allowing babies to cry themselves to sleep without parents running to the rescue. But, according to the playwright, it may just as well refer to new mothers who are feeling alone and desperate and could use a friendly face now and then. Cry It Out also makes a point of spotlighting women who are forced to return to work as a purely economic decision. One of the conflicts of the play is around a couple at odds over a proposed change in plans.

“It’s such a thrill to be back to work rehearsing this amazing play by Molly Smith Metzler, says Lancisi. “We were shut down just two weeks into rehearsals last March due to the pandemic, and here we are 10 months later picking up where we left off — it’s both surreal and wonderful! The hilarity of a play like Cry It Out is truly needed these days, and the isolation felt by these mothers amplifies the current circumstances around COVID, so it feels very timely in that sense too. Everyone is so happy just to be making theater again and being able to practice our craft, and we’re able to do that because of a thorough and rigorous safety plan we’ve worked so hard to put in place to ensure a safe and healthy workplace for all.”

The Everyman Theatre production, the second to be given the green-light for rehearsing and filming in its 30th-anniversary season, features Everyman Resident Company members Megan Anderson (Lina), Beth Hylton (Jessie), and Tony Nam (Mitchell), as well as DC-based actor Laura C. Harris (Adrienne). Set design for Cry It Out is by Lawrence E. Moten III, with lighting design by Sarah Tundermann, sound design by Kathy Ruvuna, and costume design by Heather C. Jackson. Gary Logan serves as dialects coach and Cat Wallis serves as stage manager.

According to playwright Metzler in a 2018 interview with the Pittsburgh Post-Gazette, “Whatever these women thought motherhood would be like, no matter how well they may have planned for it — we all know reality trumps best-laid plans. There’s this odd conception in our culture that for a woman, you’re going to poop out a baby and go back to your life, but the fact is, you are not the same person ever again. Physically, emotionally, professionally, everything changes.”

Molly Smith Metzler is the author of Cry it Out, Elemeno Pea, The May Queen, Carve, Close Up Space, and Training Wisteria. In television, Metzler has written for Casual (Hulu), Orange Is the New Black (Netflix), Codes of Conduct (HBO), and is currently a writer/producer on Shameless (Showtime).

Cry It Out can be streamed into homes from March 1 through April 11, 2021. Tickets are available now online. For more information on this production, Everyman’s 30th-anniversary season, the organization’s COVID safety plan, Frequently Asked Questions about returning to live theater, or other Education and Community classes and events, call 410.752.2208 or visit everymantheatre.org. 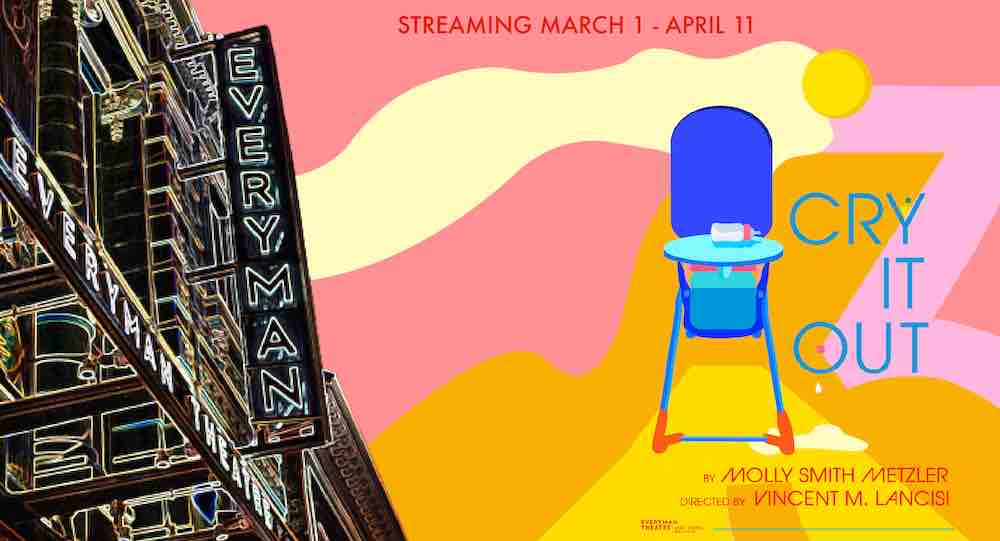 Everyman Theatre is a professional Equity theater company celebrating the actor, with a Resident Company of Artists from the Baltimore/DC area. Founded in 1990 by Vincent M. Lancisi, the theater is dedicated to engaging the audience through a shared experience between actor and audience seeking connection and emotional truth in performance. Everyman is committed to presenting high-quality plays that are affordable and accessible to everyone. The theater strives to engage, inspire and transform artists, audiences, and communities through theater of the highest artistic standards and is committed to embodying the promise of its name, Everyman Theatre. Everyman Theatre is a proud member of the Bromo Tower Arts and Entertainment District, the Market Center Merchants Association and the Greater Baltimore Cultural Alliance. Lancisi partners with Managing Director, Marissa LaRose in leading the organization as it enters its 30th anniversary season.

Everyman Theatre stands in solidarity with Black, Indigenous, and People of Color communities and is committed to an equitable, diverse, and inclusive atmosphere at every level of our organization. To learn more, read the full statement of solidarity on the theater’s website. 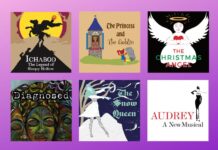