Off-Broadway’s Drama Desk and Obie Award-winning Keen Company continues its 21st season with an all-star audio presentation of Lucille Fletcher’s classic radio thriller Sorry, Wrong Number. The benefit broadcast will premiere on Monday, February 15, at 7 pm, to support the company’s Hear/Now audio theater season, Keen’s Playwrights Lab for mid-career writers, and Keen Teens, which serves students in all five boroughs of NYC. The one-night-only fundraising event will also feature a musical pre-show and an exclusive post-show video talkback with the artists, for a full evening of livestream entertainment. 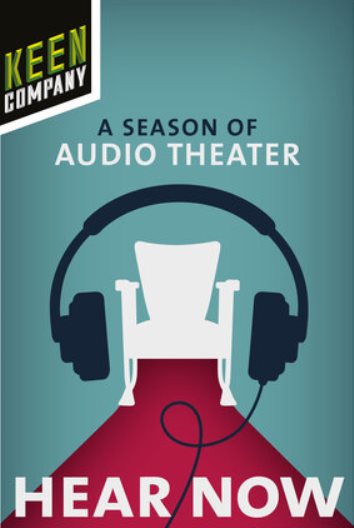 Proclaimed “the greatest single radio script ever written!” by the legendary Orson Welles, the original broadcast – which aired on the Suspense radio program on May 25, 1943, and starred Agnes Moorehead – was deemed “culturally, historically, or aesthetically significant” by the Library of Congress and was selected for inclusion in the National Recording Registry. It was adapted into the acclaimed 1948 film noir starring Barbara Stanwyck and Burt Lancaster, for which Stanwyck received an Oscar nomination for Best Actress.

The spine-chilling story begins with a simple phone call that launches a frantic night for the bedridden Mrs. Elbert Stevenson, who accidentally overhears a murder plot while home alone. But will anyone believe her? Listen as the suspense grows and time runs out to get the help needed to stop a gruesome murder.

Directed by Keen Artistic Director Jonathan Silverstein, the cast is led by four-time Academy Award nominee Marsha Mason (The Goodbye Girl; Cinderella Liberty; Only When I Laugh; and Chapter Two) in the iconic role of Mrs. Stevenson. She is supported by Tony Award winner Chuck Cooper (Cy Coleman’s The Life), stage and screen actress Heidi Armbruster (Time Stands Still on Broadway; Lincoln Center’s production of the Pulitzer Prize-winning Disgraced), Jasminn Johnson (who made her Off-Broadway debut with the Keen Company in 2020, in Blues for an Alabama Sky), and Broadway’s Matthew Saldivar (Bernhardt/Hamlet; Honeymoon in Vegas). Their audio performances are enhanced with live Foley effects by Nick Abeel.

“Since the early days of the pandemic, I became increasingly fascinated with old-time radio and the ways these early pioneers inspired their audience to use their imagination in new ways. One of the most popular of these dramas is Lucille Fletcher’s Sorry, Wrong Number, a taut thriller that set the bar for suspense on the radio,” said Silverstein. “I am thrilled to be collaborating with a wonderful group of talented and generous Keen friends to create an all-new audio version of this famous story. I look forward to welcoming patrons to this special fundraising event, which will make you think twice before making your next phone call.”

Prior to the audio play, Lauren Molina (Broadway’s Sweeney Todd and Rock of Ages), Marc delaCruz (Hamilton), and Jimmy Award winner Sarah Lynn Marion, hosted by the enigmatic voice of Off-Broadway favorite Dan Domingues, will serenade listeners with standards from the Great American Songbook, before their set list of familiar songs transitions into a night of unexpected horror. 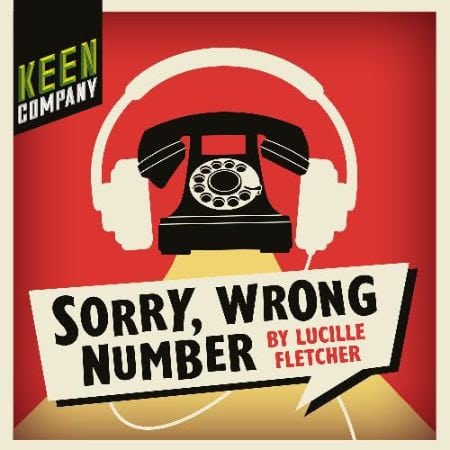 Sorry, Wrong Number premieres on Monday, February 15, at 7 pm, with Keen Company. For benefit tickets, priced at $25, go online. Patrons will be emailed a private web link and password, which provide access to the livestream, at least two hours before the event begins. All ticket buyers will have access to the audio-play through 7 pm, Friday, February 19.