Today is the day that a variety of NYC shows and venues following all COVID-19 safety protocol have been given the official go-ahead to begin reopening. And, as always, if you’d like an engaging alternative, the Broadway Podcast Network continues its audio programming for listeners to enjoy from the safety of their own homes and digital devices. Among the latest BPN offerings are: 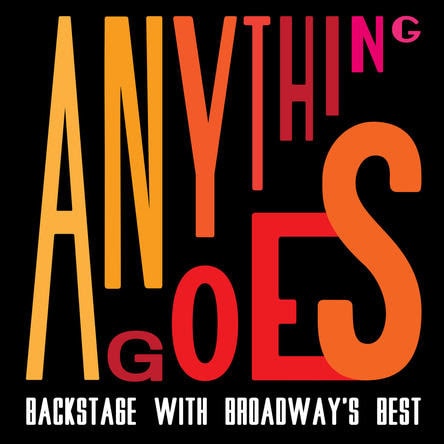 Anything Goes – Produced and hosted by award-winning producer and director Paul Lazarus, and comprised of material sourced from Lazarus’s eponymous radio show that was broadcast on WBAI-FM in New York and nationally on NPR from 1978-86, the audio series celebrates American musical theater of the past, present, and future. Hundreds of episodes focused on storytelling with music feature show-stopping conversations with composers, lyricists, librettists, performers, directors, orchestrators, and more, including everyone from the then 50ish-year-old Stephen Sondheim to the young Alan Menken who, at the time, was working on Little Shop of Horrors.

The program, with new weekly installments beginning on Mondays, also contains many rare and popular recordings of songwriters singing their own songs, such as Jule Styne (Gypsy, Funny Girl) playing and singing the first song he ever wrote (“The Guy with the Polka Dotted Tie”) and Stephen Schwartz (Godspell, Pippin, Wicked) performing his very first song for a Broadway show (“Butterflies are Free”). Among the other highlights are a visit with legendary book writer Joseph Stein (Fiddler on the Roof) and two-part programs devoted to Comden & Green and Kander & Ebb. To listen, go online.

Broadway Gives Back – From front of house to stagehands, cast members to stars like Lin-Manuel Miranda, Josh Groban, Gloria Estefan, Sara Bareilles, Judith Light, and more, philanthropy unites Broadway, and this inspiring podcast shines a spotlight on Broadway actors, shows, and organizations in their pursuit of social impact and doing good. Guests share stories about their favorite charities, people, and the causes, both large and small, that have benefited from their efforts. They also discuss how they got involved, why philanthropy is so vital, and ways that you can help, through education and taking action to make the world a better place.

Hosted by Executive Producer Jan Svendsen (former head of marketing for the Tony Awards and The Broadway League, and CCO for the Charity Network), the latest installment in the series, which first aired on Wednesday, March 31, features Freestyle Love Supreme crew members Anthony “Two-Touch” Veneziale, Chris “Shockwave” Sullivan, Aneesa “Young Nees” Folds, and Andrew “Jelly Donut” talking about their personal hip-hop and improv journeys, the FLS Academy, and their Grammy-nominated documentary (We Are Freestyle Love Supreme), along with performing an impromptu freestyle rap live on the podcast. All episodes are available exclusively on the Broadway Podcast Network and wherever you listen to your favorite podcasts.

To better facilitate finding and listening to their multitude of top theater-related podcasts and insider theater storytelling programs, last month BPN launched their new app for iPhone and iPad. Designed to bring BPN’s vast library of content to podcast listeners in an easily discoverable way, the app streamlines your favorite Broadway and Broadway adjacent podcast content by bringing everything from their podcasting world – including over 100 podcasts, live events, audio dramas, cast reunions, and endless conversations with the top theater artists of our day – into one place. It also integrates the podcasts with their YouTube channel (including push notifications and access to live events and exclusive video content) and with vehicles enabled with Apple Carplay, as well as offering the ability to add third-party non-BPN-hosted podcasts. To download the BPN app for iPhone and iPad, click here.