Broadway and the world lost one of its shining stars when Rebecca Luker (The Phantom of the Opera, The Secret Garden, Mary Poppins, Fun Home, and other long-running hits) lost her battle with ALS (or Lou Gehrig’s disease) on December 23, 2020, after being diagnosed with the degenerative neurological disorder, for which there is not yet an effective treatment or cure, in late 2019. To honor her life and memory, and to raise much-needed funds for ALS research, the non-profit medical research organization Target ALS (founded by former NYC Deputy Mayor Dan Doctoroff in 2013, to facilitate collaboration between researchers from academia and the pharma/biotech industry) is presenting a one-night-only online concert on Tuesday, May 4.

“This show is about celebrating who Rebecca was both onstage and off and reminding us that each life is precious,” said Steve Schonberg (who oversees public relations for Target ALS and is a frequent contributor on WNBC’s “Weekend Today in NY”). “ALS not only affects patients, but their family, friends and colleagues, too. This concert serves multiple purposes; providing a sense of healing to those who loved Rebecca, telling the story of another beautiful life cut short, and raising funds that can help us realize a world where no one dies of ALS.”

Manish Raisinghani (CEO of Target ALS) acknowledged, “I want to thank all of the incredible performers who will help bring this beautiful tribute to life by celebrating their beloved friend Rebecca. She was one of many – too many – affected by the disease and it surely ripples still as her friends and family cope with such a tremendous loss.”

The battle against ALS is a very personal one for those of us at DC Theater Arts. Our beloved Publisher Emeritus and Editor Emeritus Joel Markowitz, who founded the site in 2012, succumbed to ALS on November 7, 2017, and is sorely missed. If you are able, please consider honoring him, and Becca, with a donation to this important cause. 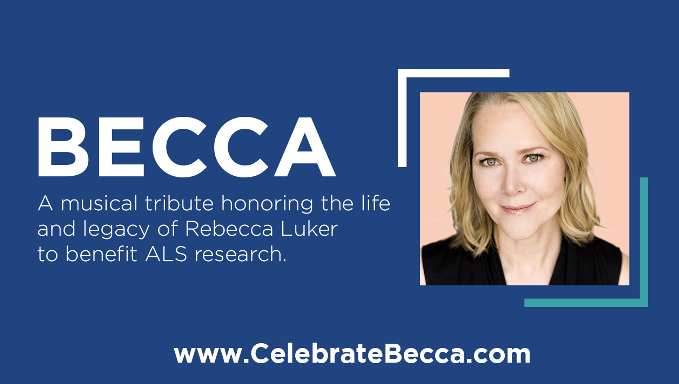 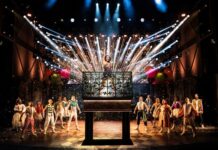