Singer, actress, director, arranger, educator, and Grammy-nominated recording artist Marilyn Maye is proof positive that living legends are not limited to a mere fifteen minutes of fame. Fans, music-lovers, and audiences everywhere can consider themselves fortunate that her entire life and career have been, and still are, committed to the art of song and performance – now for a full nine decades.

The effervescent star of stage, screen, and studio, who celebrated her 93rd birthday on April 10, first began competing in amateur contests in her native Kansas as a child, accompanied on piano by her mother, who started the young Marilyn’s musical training at the tender age of three.

Immediately after high school, she was hired for two years as “Staff Vocalist” at radio station WHAS in Louisville, Kentucky. She sang twice a week on the station with a small group of musicians, and once a week in an hour-long program with a full orchestra (yes, a twelve-piece orchestra with strings on the RADIO!). When the station went to a country-music format, Marilyn went to Chicago (where there were many booking agents) and began her on-the-road career. Later, she settled in Kansas City, in a nightclub called The Colony. She, her pianist, bassist, and drummer worked there five nights a week for eight years.

During the seventh year, Steve Allen invited her to perform six times on his nationally televised Steve Allen Show, for which she would travel to California, and then back to work in the cocktail lounge in Kansas City. An executive from RCA Victor Record Company saw her on the sixth and last of those Steve Allen broadcasts (before the show closed), and signed her to a recording contract. She went on to record seven albums and 32 singles on that label, and her debut album, Meet Marvelous Marilyn Maye (with liner notes by Steve Allen), received a 1966 nomination for the Grammy Award for Best New Artist. Johnny Carson (who invited her to perform more times than any other singer in the history of The Tonight Show) wrote the shortest liner notes on one of Marilyn’s subsequent RCA albums, saying it all with, “I Call Her ‘Super Singer.’” And listeners agreed; her recordings of the songs “Cabaret” and “Step to the Rear” became hits for her even before the shows opened on Broadway.

Her skyrocketing popularity, outstanding voice, and irresistible style launched Marilyn on a successful career as a cabaret singer and stage actress, starring across the country in such iconic musicals as Can-Can, Mame, Hello, Dolly!, and Follies, and earning her many prestigious honors and accolades, including the Smithsonian Institution’s selection of her recording “Too Late Now” (from her RCA album Lamp Is Low) as one of the 110 Best American Compositions of the Twentieth Century. In addition to performing, Maye also conducts master classes and does private coaching in New York and other US cities.

Next on her busy agenda is the new online cabaret concert at Feinstein’s/54 Below, Marilyn Maye: Broadway, the Maye Way, premiering on Saturday, May 8, and featuring a selection of songs in the Great American Songbook from Broadway’s Golden Age, interspersed with personal anecdotes about her lead roles in the beloved musicals, and accompanied by her top-notch jazz trio – pianist/conductor Tedd Firth, bassist Tom Hubbard, and drummer Mark McLean. Originally booked at the club for eight nights in April, the annual sold-out engagement was postponed to October, 2021, as a result of the pandemic, but – so as not to disappoint her fans – a virtual version of the April show was recorded live, in a five-camera HD shoot (directed for the screen by Cody Williams, with cinematography by Adam Paul Verity and video production by Ordinary Sunday) during Maye’s birthday week (without an in-house audience and following all COVID-19 safety protocol).

I was delighted to have the opportunity to speak remotely with the “Marvelous Marilyn Maye” the week prior to the streaming, and can assure you that the effusive moniker is 100% accurate!

Marilyn: One very important entity is the staff, and the lighting and sound people, KJ and Amanda. The wait staff knows how to serve food and drinks effectively without disrupting the show; they wait during the quieter numbers and then begin serving again when there’s a more upbeat song. And I guess the happiest thing is that the club continues inviting me back twice a year!

The cocktail menu actually reflects that question  – it’s listed as “ The Marilyn Maye Appletini!” The bartender said it has become rather popular. I do like mine a little sweeter.

These days it’s always a jacket and pants, and always sparkly, created by designer Bob Mackie, who’s a dear friend and an incredibly great designer.

The lyrics, the stories, and the melodies, because they’re not repetitive – they’re musical, and the singer is given great stories to convey to the audience. It’s a wealth of material that lives forever.

That’s kind of like asking who’s your favorite child?! But I would have to say “It’s Today” by Jerry Herman from Mame. My mantra is “It’s a party!” and he brought that philosophy to the song.

I did many productions of Hello, Dolly! in many cities. I did an album of ALL the songs in Dolly – the songs Dolly doesn’t get to sing, and there are so many great ones! I called Jerry Herman to tell him that I wanted to record them all. He was pleased and quickly said, “I’ll write the liner notes.” I also did productions of Mame, Can-Can, and two productions of Follies – one production as Sally and another as Carlotta. To answer your question about the “most memorable” Broadway musical, I have to add Newsies – such great music and choreography.

A full house of music lovers. People who just “get it!” People who have a great sense of humor.

Hot Throat Coat tea, my big bear-claw slippers that I wear after the show (which were stolen once and I had a hard time finding new ones to replace them!), and my assistant Helen. Of course, I always do love when there are flowers in the room for me!

This is a difficult answer because there are so many lifetime achievement awards that I received after I reached the age of 70, I just can’t choose one. I was honored when Steve Allen found me, I was thrilled to do the Johnny Carson show 76 times, and one of the lifetime achievement awards included the presentation from the Licia Albanese-Puccini Foundation, which was established for opera singers. I questioned why I (not an opera singer) was receiving it; I was told it’s because I connect with my audiences, and that’s what they want their artists to do these days. I received the New York’s Night Life Critics award four times in a row at The Town Hall – that was another honor. But I would say the greatest was when the Arts Council of the Smithsonian Institution selected my recording of “Too Late Now” for one of the 110 Best American Compositions of the Twentieth Century. It could be the most universal honor I have received, along with Duke Ellington, Ella Fitzgerald, Barbra Streisand, and other notable performers.

Mel Tormé, not only because of his vocal expertise but also his expertise in arranging. I do all my own arrangements; I have orchestrators, but the arrangements are mine. I appreciated the great arrangements Mel created for himself. I later met him and  we became friends, meeting here and there after shows we performed.

Tokyo! My Asian audiences seem to enjoy what I do. I had an experience with an Asian lady who came up to me as I was exiting the stage at Dizzy’s, Jazz at Lincoln Center,  and right in front of the audience, she said my performance brought tears to her eyes. I have a student I’m coaching who lives in Tokyo; she’s a darling girl and is doing wonderful work with the act I’m creating for her performance in a Tokyo club in June. I think Tokyo would be a great place to do a concert.

It’s full of talented people who do “get it.” They understand the music and they’re not timid about reacting to it; there’s no shyness. If they are so inclined to give you a standing ovation in the middle of the show, they do – and then again at the end. In New York there’s energy and appreciation of the entertainer.

Well, the obvious answer is singing and performing, and knowing that the music is such an important entity to the people who are listening, even virtually. Certainly, a virtual concert is an interesting way to reach an audience – amazing!

Many thanks, Marilyn, for the fabulous conversation; it was a pleasure and a privilege to share much more than fifteen minutes of your eternal fame! I look forward to your return to the live stage and seeing you in person at Feinstein’s/54 Below once the club reopens. Keeping my fingers crossed for October! 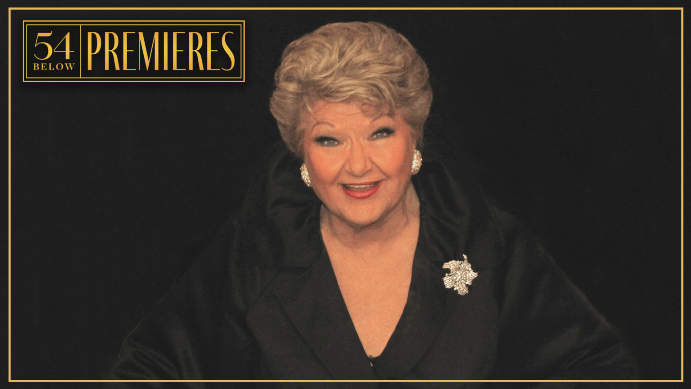 Marilyn Maye: Broadway, the Maye Way streams Saturday, May 8, at 7 pm, and will be available on demand May 9-June 19, 2021, through BroadwayWorld Events. The May 8th premiere includes a live chat for viewers to interact with each other before and during the show; a VIP ticket option gives fans access to a live Q&A with Marilyn Maye immediately following the performance (please note that the conversation will not be recorded and is accessible on that night only). For tickets, go online. 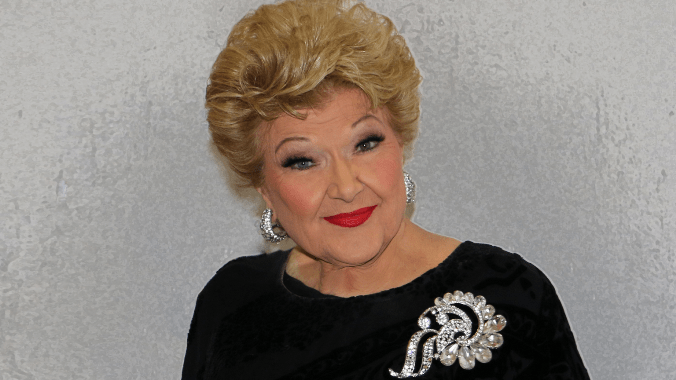 Marilyn Maye is scheduled to return live, for a week of shows beginning at 7 pm, October 25-30, and November 1, 2021, at Feinstein’s/54 Below, 254 West 54th Street, Cellar, NYC. Tickets are available now; to purchase yours (before they sell out!), visit the website.