Cellist Amanda Gookin joined the legions of artists whose lives were upended when the pandemic robbed them and their public of sharing music in the same space. But that all changes on Saturday, June 5, 2021, when she performs her first show since March 2020 as part of a festival centered around women composers. She anticipates nothing short of “cathartic.”

“It’s great just to have that platform for an hour, to share all of these composers’ voices,” Gookin said about her appearance at the Boulanger Initiative‘s four-day WoCo Fest at Strathmore outdoors and online starting Thursday, June 3. “Some people will be coming at this for the first time with fresh ears and will not have known even maybe the name of a single female composer and will leave having received a small education and will be excited to learn more.”

Gookin’s Forward Music Project of new commissions, launched in 2015 with personal savings, is now in its third iteration. Composed for solo cello, the pieces also feature electronics, video art, and audio from the composers. They tell agonizing stories of rape, abortion, or human trafficking, but also female empowerment.

As the art world slowly emerges from the pandemic, the pent-up energy of the past 15 months is not unlike that of the special brood of periodical cicadas surfacing all across Washington after spending years burrowed underground. And so WoCo Fest’s theme this year is “revelry.”

“The fact that we get to do this after a year and a half of living in solitude is so overwhelming,” said Laura Colgate, a violinist who co-founded the Boulanger Initiative in 2018. “It’s the spirit of actually engaging with the community and getting to see the art happen in person from the people who create it and have the conversations with them… Come out of hibernation and celebrate with us.”

Many of the festival’s offerings reach beyond the limits of traditional conceptions of classical music, with crossover collaborations and genre-defying works enhanced by other performance elements. “I do believe that my string quartet, my work, would not be performed were it not for this festival,” said San Francisco–based composer and visual artist Julie Zhu. Due to pandemic concerns, she is the only artist traveling by air, but she has family in the region. All of the performers are fully vaccinated.

The festival kicks off with online workshops by the Chicago-based Fifth House Ensemble designed to help composers develop business tools and collaborate with communities, followed by streamed performances of pieces by from the group’s Fresh Inc festival.

In-person performances begin Friday at Strathmore’s new Patio Stage at the outdoor Trawick Terrace, with spaced-out tables that seat just 124 people. New York’s The Overlook, a quartet founded last year in response to the Black Lives Matter movement, will perform pieces by Leila Adu, Eleanor Alberga, Jessie Montgomery, Florence Price, and Shelley Washington. All are living but Price, who died in 1953 and was the first African American woman whose music was performed by a major symphony orchestra.

Montgomery herself will make an appearance in a surprise program as the violinist in her big dog little dog duo with bassist Eleonore Oppenheim before Brittany J. Green’s improvised electronics set caps the evening.

In addition to Gookin’s performance on Saturday, flutist-composer Allison Loggins-Hull presents pieces created by living artists, and a panel of composers, including the head of the Boulanger Initiative’s Inclusion Council inti figgis-vizueta, explore the future of the music industry. They precede ChamberQueer, which focuses on LGBTQ+ figures historically underrepresented in classical music, and the new music collaborative JACK Quartet performing Zhu’s piece and others in the evening. During long breaks to sanitize the space, there will be sets by Jordyn Davis, Akua Allrich & The Tribe, and Wicked Sycamore at the separate Backyard Stage.

Gookin, who co-founded the Grammy-nominated PUBLIQuartet, is set to formally launch her latest commissions early next year. Inclusivity, she says, is hard work and involves hearing and respecting historically underrepresented voices. “There’s a lot of deep work that needs to be done because the hiring, programming, or commissioning is the first, easy step but the hard part is undoing all of that internalized, systemic racism, and misogyny and really integrate your organization in a way that is meaningful and powerful and brave,” she added.

Zhu closes the festival by taking over the National Cathedral’s Kibbey Carillon, the third-heaviest in the world. She will use a keyboard and pedals to strike the 53 bronze bells, which weigh between 17 pounds and 24,000 pounds, or 12 tons. The free show includes transcriptions of Middle Age pieces by the Benedictine abbess Hildegard von Bingen, folk tunes, and even a take on Beyoncé’s “Sandcastles.” Zhu became a carillonneur almost by accident, after visiting Yale University’s bell tower as an undergraduate. “I just fell in love with it,” she said. “Historically, it’s a male-dominated instrument, but now there are a lot of women playing, and that’s thanks in part to technology … to make the keyboard a little lighter,” although you still have to use fists and a baton and carry the weight of the clapper to the side of the bell, she explained.

Beyond performances and new commissions, the Boulanger Initiative also promotes music by women composers through education initiatives. There is a big gap to fill, with most students able to name famous white European male composers but struggling to cite even a single woman. So the group is offering free access to the festival’s livestreamed performances for students and teachers across the country, including the Manhattan School of Music, the Cleveland Institute of Music, the University of Maryland School of Music, and Montgomery County Public Schools.

Zhu noted that as a child, there were very few role models who looked like her, the daughter of Chinese immigrants. “I didn’t think I could ever become a composer growing up, even though I played piano very seriously and loved music so much. It just never seemed like it was possible,” she said. “I would love to show children or show people who are growing up now what might be possible. For kids, representation is very important. Even if it’s not said explicitly, it helps children dream, maybe.”

As a fledgling organization, the Boulanger Initiative has sometimes struggled to spread the word far and wide about its programming. A December 2019 concert featuring high-caliber performances by pianist Lara Downes, composer Clarice Assad, and vocalist Alicia Hall Moran at Arena Stage had a small but dedicated audience. The group has since grown significantly, with a $230,000 core yearly budget for the upcoming period starting in July, not including a myriad of special projects. This year’s festival alone has a $60,000 budget, which rises to $80,000 if including in-kind donations. In addition to Colgate, there are eight staff leads, seven part-time staffers, and 18 interns.

The Boulanger Initiative provides repertoire consulting services, currently one of its biggest revenue streams. The effort, stemming from the group’s database of some 700 composers of 7,000 works past and present from around the world, could help revamp programming at even some of the traditionally more hesitant larger institutions. Dwindling audiences and a major reckoning over race and gender after recent social upheaval highlights the urgency of these shifts. 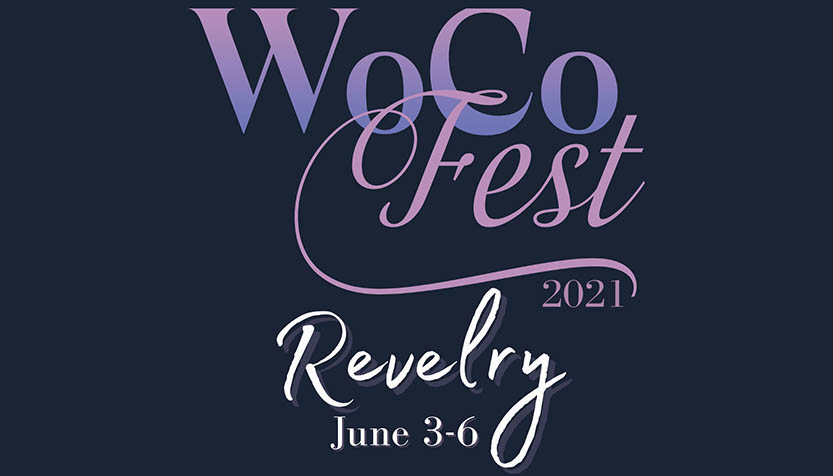 The numbers are stark. Only about eight percent of works scheduled to be performed by 120 American orchestras for the 2019–2020 orchestral season were composed by women, according to the Institute for Composer Diversity. That’s still far more than the 1.72 percent of works by women composers performed between 2014 and 2018, according to data gathered by the Baltimore Symphony Orchestra and analyzed by composer Rob Deemer, who runs the database.

This 2020–2021 season, her first as concertmaster at the National Philharmonic Orchestra that calls Strathmore its home, Colgate curated a streamed chamber music program that included a hefty dose of underperformed composers. A February concert under the theme of “Music That Feeds the Soul” paired Puccini’s rarely heard “Crisantemi” (in the quartet version) and movements from the first Brahms piano quartet with a Scott Joplin rag and pieces by Amy Beach, Eleanor Alberga, and Rebecca Clarke. But those were all virtual programs that don’t rely on ticket sales.

“The first step is always awareness, and this past year has brought so much more awareness, and people being outspoken about diversity and gender, Colgate said. “We’ll see when the ticket sales go back up how many [Handel’s] Messiahs are there going to be and how much are we going to keep seeing composers of color and women composers.”

Performances of WoCo Fest 2021, co-presented by the Boulanger Initiative and Strathmore, will be both online and in-person June 3 to 6, 2021. For more information and tickets, click here.