Continue the celebration of Pride month with two new virtual programs streaming from NYC this weekend. 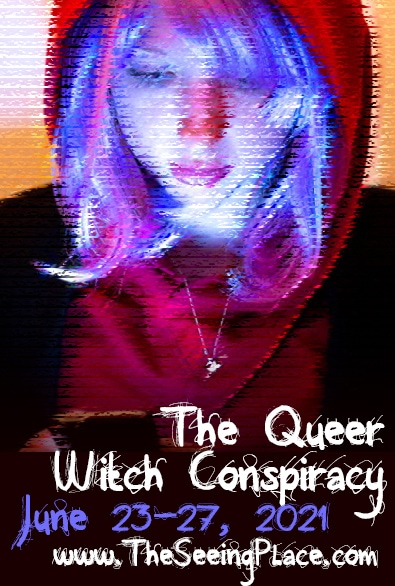 Off-Broadway’s The Seeing Place Theater continues its online presentation of the world-premiere production of Brandon Walker’s new play The Queer Witch Conspiracy, directed by Executive Artistic Director Erin Cronican. Inspired by real events, the mystical crime drama revolves around an incident of 2015/16, which came to be known as “Boneghazi,” when unidentified remains collected illegally and offered for sale sparked a revolution regarding race, gender, and spirituality. As a result of the controversy over cultural appropriation and burial rites, a safe online space for a group of LGBTQIA+ witches was desecrated, and the group was disbanded after the story received international attention, with its members forming other groups after the dust settled.

“This play explores the concept of safe spaces for marginalized communities – especially those that intersect by race, gender, sexuality, and culture,” said Cronican. “Through the lens of true crime, we get to see how far people will go to hold onto their identities when pushed to the limit.” Presented as a celebration of Pride Month, proceeds from this benefit production will be donated to the LGTBQIA+ social justice organization The Audre Lorde Project.

The online production, running 90 minutes without intermission, includes the concept of video journaling to get into the minds of the main characters. Starring Walker and Cronican, along with TSP ensemble members Laura Clare Browne, William Ketter, Juanes Montoya, Jon L Peacocks, and Weronika Helena Wozniak, the show features scenic and costume design by Cronican and sound by Walker.

Following its two interactive Zoom performances on June 23-24, The Queer Witch Conspiracy remains available to watch any time through Sunday, June 27, on YouTube on demand.  For tickets, priced at $10-50, call (866) 811-4111, or go online. A streaming link will be sent via email upon purchase.

On Saturday, June 27, at 8 pm, Playbill contiues its series dedicated to celebrating the LGBTQIA+ community and its allies with The Progress of Pride Spectacular. The 2021 virtual event reflects upon the history of Pride, while acknowledging the ongoing fight within the community for education, equality, equity, visibility, and diversity. 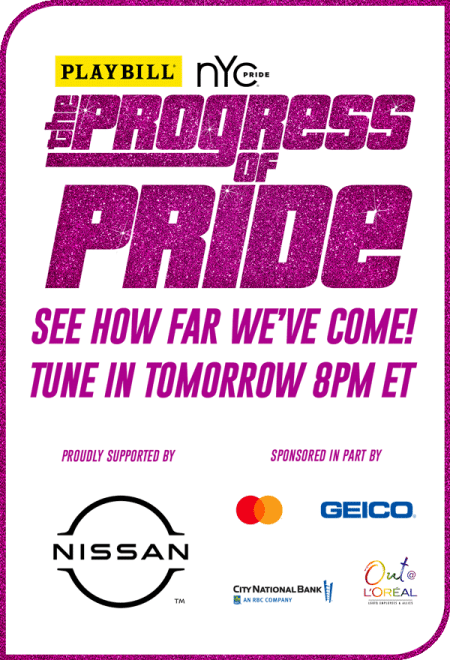 Progress of Pride airs on the Playbill website and YouTube channel. Viewing is free, but donations are encouraged to benefit Heritage of Pride (Pride NYC).