“After a long period of forced confinement, after the initial panic and the gradual return to a revisited version of ourselves, we at GALA chose three major works that distill, each in different ways, the regenerated freedoms of the times,” said Medrano. “Our 2021–22 season tackles the freedom to question ourselves and our society, to love another human being without restrictions, and to imagine the impossible as an attainable goal.

“With a stream of diverse and daring fresh offerings, innovative works from GALitA and guest artists, plus our popular annual Fuego Flamenco Festival, we continue to bring you the best of the Latino performing arts, as together we celebrate the resilience of the human spirit.”

When is an unwed woman considered a spinster and by whom? At first glance, Doña Rosita la soltera is a romantic drama, pitting romantic idealizations against possibilities, both celebrating and mourning the depth, breadth, and evolution of love. But it is also a frank and ruthless study of the treatment of Spanish women in three different parts of Spain’s history, each echoed in the snapshots of Doña Rosita’s life as she waits for her fiancé’s return. Now considered a classic piece of Spanish literature, Lorca’s scathing social commentary on the hypocrisy of gender inequality was revolutionary for his time, and GALA strives to capture the spirit of early Spanish feminism in this production exploring love, societal expectations, and betrayal. In this modern society, it is too easy to separate the past from the present by virtue of time and sensibilities; however as audiences will soon find out, the human experience of love, loss, and the discovery of self transcends   more than just time and culture.

Presented in collaboration and support of the Embassy of Spain in Washington, DC, and the Spain USA Foundation.

Madrid’s Fundación Flamenco Casa Patas brings us the exquisite Sara Pérez Dance Company with Rubén Puertas, second-place winner of Madrid’s prestigious Certamen of Dance competition. De Paso is about the road we take on our journey through life: the points of encounter where different temperaments, feelings, and rhythms intertwine.

LA CASA DE LA LAGUNA – The House on the Lagoon (Puerto Rico)
A play by Caridad Svich
Based on the novel by Rosario Ferré
Directed by Victoria Collado
February 3 – 27, 2022
In Spanish with English surtitles

Isabel Mendizabal’s rocky marriage takes a sinister turn as she and her husband Quintín research their families’ histories and uncover more than just a lineage of bad tempers. As her story progresses and more family secrets are revealed, Isabel must learn to navigate between fact, fiction, and silence to uncover the truths long buried by men for their convenience, erasing the stories of the women in their lives. But Quintín is also hard at work writing his side of the story, and it does not sync with Isabel’s. Whose truth is real, and what are they willing to do to tell it? This thrilling saga of racial tensions, linguistic differences, religious schisms, economic struggles, and social upheaval frame the narrative of Rosario Ferré’s famous work, not only shedding light on one family, but also the tumultuous history of Puerto Rico.

GALA proudly presents the Spanish-language premiere of this jukebox musical that took Broadway by storm, based on the inspiring story of the Cuban-American 26-time Grammy Award–winning husband-and-wife team Gloria and Emilio Estefan. From humble beginnings at small-time gigs in Miami to international fame and fortune, this is the true story of heart, heritage, and two people who believed in their talent—and each other—to conquer the American Dream, hearts, and music charts. Featuring their iconic music of the past quarter-century such as “Rhythm Is Gonna Get You,” “Conga”, “Get On Your Feet,” “Don’t Want to Lose You Now,” and “Coming Out of the Dark,” prepare to be ON YOUR FEET from curtain to curtain!

A series of rarely screened, groundbreaking films by young Latin American filmmakers, as well as a classic from Mexico’s Golden Age of cinema. Join us for exclusive screenings, dynamic discussions, and plenty of food for thought! All films will be in Spanish with English subtitles.

Presented in partnership with Cinema Tropical of New York and the Mexican Cultural Institute in Washington, DC.

THE UNITED STATES OF AMNESIA: FROM FUGITIVE SLAVE ACT TO ZERO TOLERANCE
Written and performed by José Torres-Tama
December 11 & 12, 2021
Bilingual

Artist and activist José Torres-Tama presents a decolonized history lesson chronicling the legislative decisions that have historically disenfranchised Black and Brown people from their inalienable rights. From the Civil War to the Civil Rights Movements, Tama’s brilliant delivery will take audiences’ breath away. Taking his title from the famous quote by Gore Vidal, this show is full of poetry, humor, history, and wit!

ENGLISH WITH AN ACCENT
Created and performed by Migguel Anggelo
April 1, 2022

A newly immigrated insect arrives in New York City and explores the promise of the American dream: freedom, safety, and democracy. This allegory of the author’s own experiences is full of artistically abstract and moving alignment of not only his story but others’ stories as well. With a dictatorship crippling his homeland and mass immigration resulting from armed conflicts, the artist and audience see the poignant metaphor in the monarch butterfly—emigrating en masse in pursuit of safety, which Angelo alludes to while also referring to the ancient lineage of magic realism in South American literature and the challenges he faced as a gay artist seeking refuge in dance.

This family-friendly world premiere explores the life and times of Sylvia Méndez, the eight-year-old girl who became the face of the 1946 landmark case Méndez v. Westminster. This case, only three years after the famous Los Angeles Zoot Suit Riots, was focused on the desegregation of Mexican and Latinx students in California, and highly controversial at the time. It successfully ended de jure segregation in California and paved the way for integration and the American Civil Rights Movement. Sylvia Méndez has remained an active champion of civil rights ever since.

Free interactive demonstrations with castanets, fans, and zapateo for children and the entire family.

Join GALA Hispanic Theatre for our annual Three Kings Day Celebration! This festive end to the holiday season will feature performances by local musicians and dance troupes, a street parade, and free gifts for the children.

Under the direction of artist Francisca Tapia, GALA’s after-school youth performance program offers training in drama, movement, writing, and technical theater. Students perform for the public in the fall, spring, and summer. Open to youth ages 13 to 18 at no charge. Paso Nuevo is the winner of the 2012 National Arts and Humanities Youth Arts Program Award.

SCHEDULE: Main stage season productions are Thursdays through Saturdays at 8 pm, and Sundays at 2 pm. For other performance times, call (202) 234-7174 or visit galatheatre.org.

TICKETS: Single tickets to main stage productions are $48. $35 Tickets for military and seniors (65+). Additional discounts are available for groups of 10 or more. To purchase tickets, call (202) 234-7174, or visit galatheatre.org.

PARKING: Discounted parking of $4 is available in the secure Giant parking garage directly behind the theater. The entrance is located on Park Road and Holmead Street, NW. Bring your ticket inside with you for us to validate it.

GALA is a nonprofit, tax-exempt organization supported in part by the DC Commission on the Arts and Humanities, the National Endowment for the Arts, the DC Mayor’s Office on Latino Affairs, private foundations, corporations, and individuals. GALA is a member of the Theatre Communications Group, the National Association of Latino Arts and Culture, and the National Performance Network. 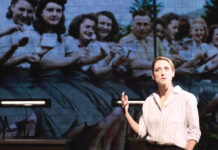 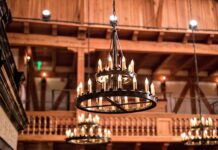 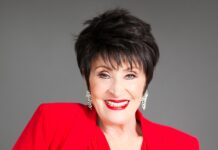