“As we continue to stay open for storytelling through this long period of uncertainty, we are so excited to welcome our community back into our physical space for our 2021/22 Season,” said Artistic Director Stephanie Ybarra. “The artists of our 2021/22 season are ready to take us places we’ve never been before — whether you’re joining remotely or in person, we are ready to take you on journeys via theater in all its forms. In other words: it’s go time.” 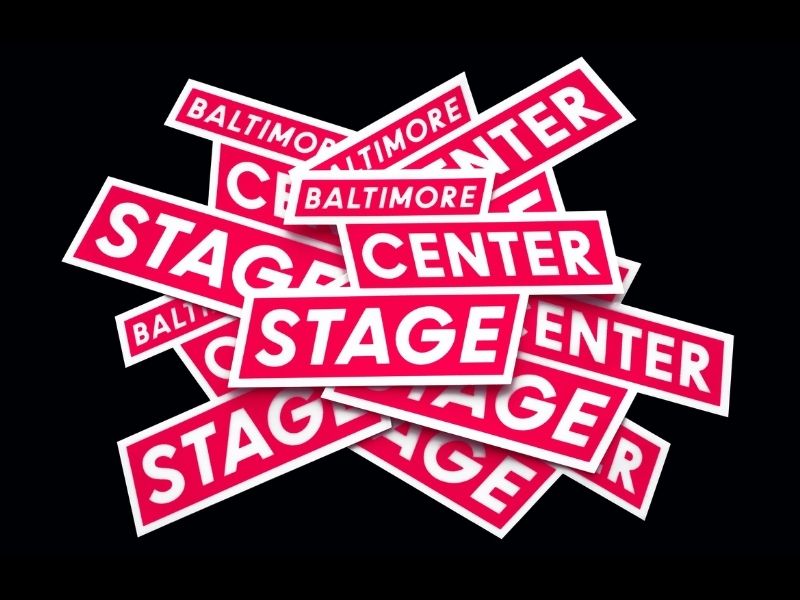 The 2021/22 season begins this fall with The Swindlers: A True-ish Tall Tale written by Noah Diaz (Richard & Jane & Dick & Sally) and directed by Will Davis (Men on Boats) and continues with Fires in the Mirror: Crown Heights, Brooklyn and Other Identities by Pulitzer Prize finalist Anna Deavere Smith (Twilight: Los Angeles, 1992), directed by Nicole Brewer (Anti-racist Theater – A.R.T) in partnership with Long Wharf Theatre.

The season continues in 2022 with the world premiere of The Folks at Home written by R. Eric Thomas (Safe Space – 2021 Lambda Literary Award finalist) and directed by Stevie Walker-Webb (Ain’t No Mo’); and DREAM HOU$E written by Eliana Pipes (Stand and Wait) and directed by Laurie Woolery (El Huracán), a world premiere in partnership with Alliance Theatre and Long Wharf Theatre. The season concludes with Bakkhai by Euripedes, in a new version by Anne Carson (Norma Jean Baker of Troy) with original music by Diana Oh (My Lingerie Play), directed by Mike Donahue (The Legend of Georgia McBride), and choreographed by Willia Noel Montague (The Lion King).

Baltimore Center Stage’s first priority is the health, safety, and well-being of audiences, staff, artists, and guests. Currently masks must be worn at Baltimore Center Stage and may be removed only in designated eating and drinking areas. Proof of vaccination — or a negative COVID PCR test within 72 hours of show time — is required.

This season, BCS is working with a new technology platform that will allow the company to live-stream select productions and events. Live streams will begin with Noah Diaz’s The Swindlers, during the final two weeks of the run. Audiences will be able to log in and watch the performance live as it’s happening in the theater. Other shows and events will be captured and broadcast on demand as has been done in the past.

THE SWINDLERS: A TRUE-ISH TALL TALE

Written by Noah Diaz
Directed by Will Davis
September 2 – September 26, 2021

The author of last year’s Richard & Jane & Dick & Sally is back with a Baltimore Center Stage original. Marie is plagued by the winter blues. Her boyfriend’s a dud, her bank statements are piling up, and her job at the local dry cleaners feels like a dead end. Oh, and the FBI has just seized her house and assets in their pursuit of her father, a notorious con man on the run for swindling families and businesses out of their money. When Marie is used as bait to lure her father in, she inexplicably finds herself stuck on a road trip with him to acquire the stolen funds. Loosely inspired by the real-life exploits of the playwright’s mother and grandfather, The Swindlers is a raucous new play that explores redemption, reconciliation, and the unspoken rewards of surviving time with family.

FIRES IN THE MIRROR: CROWN HEIGHTS, BROOKLYN AND OTHER IDENTITIES

In the late summer of 1991, long-simmering tensions between Black and Jewish residents of Crown Heights, Brooklyn, erupted in a series of violent events. Renowned playwright Anna Deavere Smith interviewed more than 100 people about those tension-filled days, creating a striking tapestry of oral histories examining that flashpoint moment in American history. A single performer brings those stories to electrifying life in Fires in the Mirror.

THE FOLKS AT HOME

Roger and Brandon, an interracial couple living in South Baltimore, are doing the best they can. Their mortgage is late, Roger’s been laid off for months, and there might be a ghost in the attic. It’s a lot. And that was before all of their parents had to move in with them. From the hilarious mind of Baltimore’s own R. Eric Thomas and directed by Obie Award winner Stevie Walker-Webb, The Folks at Home is a contemporary riff on the beloved family sitcoms of the 1970s.

Two Latinx sisters guest star on an HGTV-style reality show to sell their family home in rapidly gentrifying Hilo Villa, California. As they perform for the camera, one sister grapples with turmoil in the family’s ancestral past while the other learns how much she’s willing to sacrifice for the family’s future. What is the cultural cost of progress in America? And is cashing in always selling out?

This isn’t your English teacher’s Greek tragedy. Dionysus, the god of wine, is totally over everyone’s drama so he’s going to incite the women of the land to raise hell in this immersive explosion of the classic play. Featuring original music, debauchery, and a whole lot of wine, Bakkhai is a cautionary tale about the consequences of a civilization’s fear of the unknown.

In addition to its mainstage productions, Baltimore Center Stage is also introducing a number of community programs this season, as well as a new membership model, new online options for easier access, new partnerships within the city of Baltimore, and more. Baltimore Center Stage will also be collaborating to present concerts from local Baltimore musicians and artists for a new Friday-night concert series called BCS Sound Check; special one-night-only theatrical events throughout the season; and various educational initiatives, including a virtual library of recorded plays and resources for educators, to engage with local Baltimore students.

Ybarra said, “As we come back this year, Baltimore Center Stage will be showing up better and showing up more: with more ways to be a member of our community and to engage with our widest range of programming; more access points to our work as we meet the moment with both in person and online options; more interconnection with our local arts ecology through partnerships with Baltimore organizations like ArtsCentric and Creative Alliance; more joy, more fun, and more civic conversations with programs like our Baltimore Butterfly Sessions and the new BCS Sound Check concert series.”

These initiatives, partnerships, and programs include:

The September 27 session is titled The Anatomy of an Uprising. Across the globe, from Minneapolis to Havana to Baltimore, political uprisings and social movements are reshaping our world. At this season’s first Baltimore Butterfly Session, Dr. Jordie Davies, an Agora Institute postdoc in political science who focuses on the process of social movement mobilization, will give a keynote to help us understand the conditions necessary to ignite political participation in the movements of our time.

Bridge Series
Streaming online
A series of live virtual conversations that offer a behind the scenes look into the elusive artistic process. Hosted by the BCS Artistic Team, we’ll meet the most knowledgeable and experienced folks in the business. 21/22 Guests to be announced.

BCS Sound Check
A new Friday-night concert series in the Deering Lobby, BCS Sound Check features some of today’s most exciting musicians and musical theatre writers from Baltimore and beyond.

BCS Presents
The Woolly Mammoth Theatre Company Production of Where We Belong
By Madeline Sayet
Directed by Mei Ann Teo
In Association with The Folger Shakespeare Library
October 19, 2021 – October 24, 2021

Mohegan theatermaker Madeline Sayet brings her autobiographical play, named by Broadway World as “among the great artistic achievements during the pandemic,” live to Baltimore Center Stage. Where We Belong tells an intimate and exhilarating story of Shakespeare, self-discovery, and what it means to belong in an increasingly globalized world. Don’t miss this special limited engagement before it embarks on its national tour.

Are you shivering with antici…..pation? It’s time to rocket back to 1975 with an interactive movie night of the timeless cult classic The Rocky Horror Picture Show. BCS is teaming up with Creative Alliance for this onen-ight-only spectacular featuring live performers, a costume contest, and a whole lot of fishnet.

Experience the celebrated musical sensation brought to you by Baltimore theater company ArtsCentric. This R&B rollercoaster ride through 1960s show business is a soul-affirming spectacle about the price of stardom.

Tickets for the season will go on sale at a later date. Performance schedules, casting and full creative teams for productions and programs will also be announced at a later date.

Baltimore Center Stage unveils its expanded Go Pass trilogy — three ways to be a member and experience all that BCS has to offer. This new membership program makes belonging at BCS more accessible than ever.

The Go Pass Trilogy includes the Go Pass ($50 for members under 40): 1 ticket to each mainstage play, guest discounts, and exclusive member rates and access; the Go Pass + ($75 to member of all ages with all of the benefits of a Go Pass, PLUS free guest passes to all mainstage shows; and the Go Pass Pro ($10/month membership) option that offers special rates (starting at free) to all BCS special events, music, civic programs and more. Pro members also get bonuses like parking passes, drink tickets, and guest passes. Passes may be sold separately or bundled.

Baltimore Center Stage’s traditional seated subscriptions and flex passes will continue to be available for renewing and new subscribers, with individuals having their chosen seat for each production in the BCS mainstage series.