This year’s second annual Hear Me Out New American Monologue Competition – founded by Roland Tec in 2020, to encourage exploration of the monologue form and to expand the audience for new work – received over 400 submissions from around the world. Thirteen finalists were selected by an esteemed panel of judges comprised of multi-hyphenate playwrights Gretchen Cryer (I’m Getting My Act Together and Taking It on the Road), Gary Garrison (The Unexpected Light on Azadeh Medusa), Christine Toy Johnson (The Secret Wisdom of Trees), Craig Lucas (The Light in the Piazza), Austin Pendleton (Orson’s Shadow), and Charlayne Woodard (Pretty Fire). 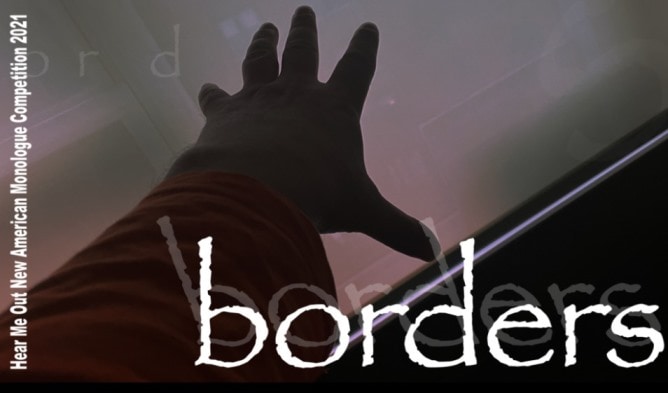 Finalists were given the prompt “Borders” for their submissions in either short-form (under 650 words) or longer-form monologues (word count between 750-1850). Each entry was then evaluated for character development, ear for authentic speech, camouflage of exposition, thrilling story, dramatic structure, and clever use of festival theme. The chosen finalists will have their monologues livestreamed at the Labor Day Festival, presented by Pinkplot Productions with funding from the August van der Becq Family Foundation, on Monday, September 6, beginning at 1 pm.

Awards and cash prizes will be given in the categories of Golden Ear & Earbud ($2,000), Silver Ear & Earbud ($750), The August van der Becq Memorial Prize for Daring ($2,001), Most Memorable Character Prize ($975 and a four-month scholarship for craftwork in the RT Private Studio), and the Alvin Epstein Memorial Prize for Solo Performers ($1,524 and 30 hours of developmental workshop time with Tec), for the piece most likely to draw new audiences to the form.

“We received monologues employing this year’s festival theme “borders” in just about every way imaginable. Some focused on the borders that separate us from the people we love, from the people we fear, and in some instances from our true selves. There were just as many pieces about land borders as there were imaginary ones, ones that we create without even noticing to separate Us from Them, Before from After, Love from Hate, and Life from Death. The one thread connecting them all? Human beings in search of connection,” said Tec.

Andrea Aptecker (Cambridge, MA), It’s Nice to be Out in Society – Sometimes a lady just wants a nice dinner out in society; she wants to be noticed, seen, and feel special. She wants what she wants. Is that too much to ask?

Mike Brannon (Greensboro, NC), In A Petrified Wood – Tom, a socially awkward archeologist and a lifelong bachelor, decides that he’s tired of being alone and summons up the courage to do what all nerdy science guys did in the 1980s; he signs up for a video dating service.

Kate Cortesi (Brooklyn, NY and Somerville, MA), I Love Parties – Elderly Auntie Patty is presumed to be a member of a “vulnerable population” these days, so she’s here to set the record straight on exactly who is vulnerable to whom.

Josh Drimmer (Brooklyn, NY), In-Between Spaces – Cynthia feels stuck; stuck in her Queens apartment with her stuffed animals, stuck thinking about her uncreative daughter in Connecticut, stuck hearing her neighbor’s music through the ceiling. But there’s magic everywhere, at least to Cynthia, and she will find some wherever she can, as always.

Isidore Elias (Brooklyn, NY), Crossed – A guard at the southern border has an illegal immigrant awaiting deportation in his custody. He is resolved to do his duty, but he would like his prisoner to know he’s not entirely unsympathetic.

Maggie Gallant (Austin, TX), Made In China – London’s her home, mate; it’s all she knows. So why are they trying to send her back to a place she doesn’t even remember?

Dana Hall (Orland Park, IL), Sound Mind – Sam, dying of cancer, is making a last will and testament via video recording. Scared and lost at times during the journey, a new side of Sam (or perhaps a bit more of the “old Sam”), though still conflicted while standing on the border of two worlds, is seen in the humor and reminiscing on the video.

Janet Kenney (Boston, MA), Rhymes With Border – Hanna just wants to be left alone, but her daughter Marjorie is there anyway, prying into Hanna’s business. And if Marjorie doesn’t stop touching her stuff, there’s going to be trouble.

Anya Martin (Pittsburgh, PA), Mother(Land) Will Teach You That – The pain of an electric fence is meant to keep Pat’s dog Stella safe. When this border is unexpectedly crossed by a little girl, blood and boundaries are drawn as Pat navigates invisible fences in the ground and in the current of her heart.

Rex McGregor (Auckland, New Zealand), Boot’s Vacation – Boot is a teenager whose entire life revolves around his skateboard. When he must go on a trip to Europe without it, he is not happy.

Rick Park (Cambridge, MA), Border Line (Feels Like I’m Going to Lose My Mind) – A Vincent van Gogh self-portrait contemplates the thin border between love and hate, life and death, and sanity and madness when recounting a childhood trip to the seaside.

Michael Wells-Oakes (Saratoga Springs, New York), The Power of Blanca ¡El poder de Blanca! – Blanca, a 40-year-old married mother of two, has the power! She never questions its source until Stanley Weissman kisses her at Royalty Ribbon in early morning Manhattan. Then she questions – and then she knows the answer!

All Hear Me Out 2021 monologues are directed by Resident Director Suzanne Bachner, with musical interludes written and performed by Cosy Sheridan.

Hear Me Out Monologues streams live at 1 pm, Monday, September 6. For tickets (priced at $6 for webinar viewing or $22 to be seen and heard as part of the immediate audience response), go online.