Ragamala Dance Company’s Fires of Varanasi: Dance of the Eternal Pilgrim has its world premiere September 11–12, 2021, at the Kennedy Center REACH. The free performance marks the start of the Ragamala 2021/22 season. No tickets are required, and access to the event space is first-come, first served. Register in advance online to receive the latest program and weather updates.

Rooted in the expansive South Indian classical dance form of Bharatanatyam, Ragamala Dance Company manifests a kindred relationship between the ancient and the contemporary, embodying the South Asian immigrant story through their artistry. In this site-specific evening co-commissioned by the Kennedy Center and designed by the Artistic Directors for the REACH campus, 11 dancers conjure a realm where time is suspended and humans merge with the divine.

The award-winning mother/daughter creative team of Ranee Ramaswamy and Aparna Ramaswamy imagine a metaphorical crossing place that enters into a ritualistic world of immortality, evoking the birth-death-rebirth continuum in Hindu thought to honor immigrant experiences of life and death in the diaspora. Pulling from the sacred history of Varanasi, India, Fires of Varanasi honors the death of the choreographers’ grandfather away from his homeland. French scenic and lighting designer Willy Cessa transforms the stage by recreating the iconic stairways, landings, and waters of the Ganges River within the city of Varanasi.

“Ragamala is a company that exemplifies contemporary Indian Classical dance,” stated Alicia Adams, Kennedy Center vice oresident of dance and international programming. “The Center has a long relationship with the company gracing our stages and their innovation makes them a company that the world should see over and over again. We are proud to be a commissioner of Ranee Ramaswamy and Aparna Ramaswamy’s Fires of Varansi: Dance of the Eternal Pilgrim and present the world premiere of this site-specific performance.”

The performances are part of Kennedy Center’s 50th Anniversary celebration weekends and Millennium Stage Summer Series. Throughout the weekend, the community can also participate in a range of other free activities, including yoga, dance sanctuaries, and more.

About the Ragamala Dance Company

Ragamala Dance Company was founded in 1992 by Ranee Ramaswamy, and is under the leadership of Artistic Directors Ranee Ramaswamy and Aparna Ramaswamy, and Choreographic Associate Ashwini Ramaswamy (mother and daughters). Rooted in the South Indian dance form of Bharatanatyam, the company has been hailed by The New York Times as “soulful, imaginative, and rhythmically contagious.”

The company’s work—on stage, in the community, and educating the next generation—exemplifies the intercultural narratives of countless global citizens to evoke a shared sense of humanity. Ragamala engages in a collaborative practice rooted in the idea of Bharatanatyam as a sacred and dynamic living tradition. Ranee and Aparna’s training under legendary artist Alarmel Valli forms the bedrock of a creative aesthetic that springs from beauty, truth, and spirit. Ragamala is a pioneering, woman-led, intergenerational, family-run organization committed to the idea that while history is time bound, the stories we share are timeless. Ragamala’s work in the performing arts field is expansive—going far beyond the stage to manifest a kindred relationship between the ancient and the contemporary, embodying the South Asian immigrant story through their artistry. For more information, visit ragamaladance.org.

About the John F. Kennedy Center for the Performing Arts

The John F. Kennedy Center for the Performing Arts is America’s living memorial to President John F. Kennedy, attracting millions of visitors each year to more than 2,000 performances, events, and exhibits. With its artistic affiliates, the National Symphony Orchestra and Washington National Opera, the Center is one of the nation’s busiest performing arts centers dedicated to providing world-class art, powerful education, and outstanding memorial experiences to the broadest possible constituency. Across all its offerings, the Kennedy Center is committed to increasing accessible, inclusive opportunities for all people to participate in, and learn through the arts, including more than 400 free performances each year and a variety of Specially Priced Ticket programs for students, seniors, persons with disabilities, and others. On September 7, 2019, the Kennedy Center inaugurated the REACH, its first-ever major expansion. Designed by Steven Holl Associates, the REACH provides visitors with new opportunities to interact and engage with the Center as the nation’s premier nexus of arts, learning, and culture. To learn more about the Kennedy Center, please visit www.kennedy-center.org. 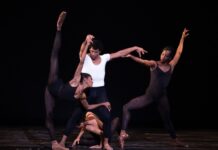