Fences by August Wilson has been elevated by Denzel Washington and Viola Davis to the rarified air of an Oscar-winning film on the silver screen. Before that, Fences won a Pulitzer Prize and a Tony Award for Best Play. In the past decades it has played the top stages from Ford’s to Arena.

Now in the waning days of the baseball season, the Little Theatre of Alexandria’s ambitious production of Fences has delivered this big-league play at minor league scale, with a number of good performances.

Pittsburgh native Albert Bolden as Troy Maxon has the grizzled look and blue collar demeanor of an aging Negro League ballplayer turned sanitation worker, captures the bitter disappointment that life has dealt him as a reformed ex-con, but drops the ball as a legendary storyteller revisiting his bouts with the devil and love of his dog Blue.

Jared Diallo, on the other hand, as Troy’s football-scholarship-aspiring son Cory, delivers the goods as an authentic-looking high school athlete who comes to blows with his father with only a baseball bat between them.

In his Marine Corps dress uniform in the final scene before his father’s funeral, Cory delivers the full five-stanza version of “My Dog Blue” as he reintroduces himself to his sister, Raynell, played by Albert Bolden’s daughter Maya. It is a song Troy might have joyously performed himself earlier in the play as the dog-loving country boy his best friend Bono reveled in hearing over and over since they met in the penitentiary years ago.

DeJeanette Horne’s performance as Bono was pitch perfect, but the charismatic cellmate he followed to Pittsburgh after their release turned into a selfish bitter shadow of himself and failed his family despite Bono’s warnings.

The glue that holds Fences together has always been Troy’s wife, Rose, played to a faithful fullness by Brenda Parker, who delivers a full-throated rebuke to Troy for her 18 years of faithful service as his wife and Cory’s mother and relives the disappointing news of Troy’s unfaithfulness.

Mack Leamon as Troy’s sporting life son Lyons was spot on with his persistent appearances on payday when he knows Rose would lend him a ten spot, but Ayyaz Choudhury as the PTSD-plagued brother Gabriel seemed a little too young to be a war veteran and fell flat in the extended final closing of the play.

Despite some good performances, the play as directed by Eleanore Tapscott and produced by Russell M. Wyland seemed choppy, with too many short acts before the intermission and too many pregnant pauses between players in their interactions with Troy, who tried to fill the void with his powerful stage presence.

Though this production swung and missed the high expectations that Fences deserves, the Little Theatre of Alexandria, a prominent community theater founded in 1934 that has since staged more than 350 productions, is to be commended for the diversity and inclusion of the venture. 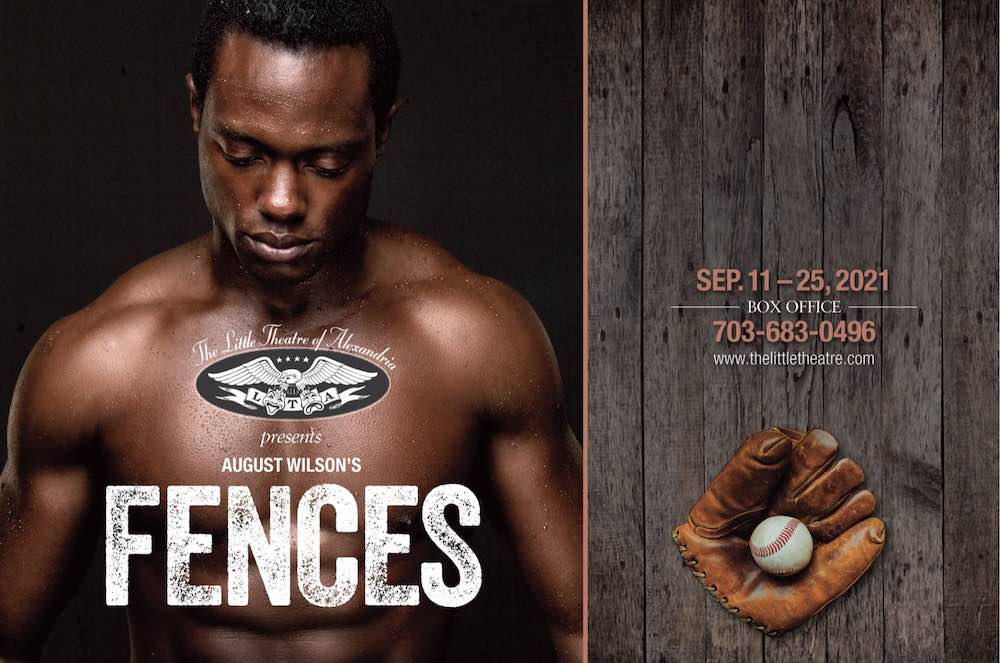 Seating at the Little Theatre of Alexandria is strategically set up with spacing on each row between reserved cardboard cutouts and complimentary bottled water for the maximum comfort of the audience. The theater’s COVID attendance policy requires all persons attending performances o provide proof of vaccination, or if not vaccinated, to provide proof of a negative COVID-19 test taken within 72 hours before arrival. In addition,  wearing a mask is required. For full details, download the current LTA COVID Policy. 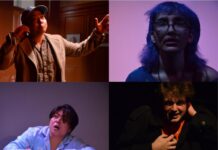