NOVA Nightsky Theater was preparing for its first-ever production when a tragic accident to one of its lead actresses—who is also a co-founder of the new Falls Church theater—almost derailed the show. She was struck by a car. What follows is a remarkable “the show must go on” storyline.

It all began back in 2020 when actress Jaclyn Robertson and playwright Ward Kay, who had worked together at workshops and on shows through the years, decided to collaborate on a show for the Fringe Festival, with Robertson producing.

But when the pandemic came along, the show was canceled. What’s more, Robertson was in the midst of “hell week” for the Providence Players of Fairfax production of Picnic, which was set to run March 20 to April 4, when the world shut down and that production was canceled too.

“It was devastating to me to put all this work into a project and not have it come to fruition,” she says.

Late this summer, Robertson and Kay got together, lamented about theater and what’s to come, and decided that there was still a way to get Picnic produced. With Kay agreeing to direct, the duo got the rights and set out to mount their own production of William Inge’s bittersweet melodrama and create a new theater company in the process.

A week later, NOVA Nightsky Theater was born, complete with an LLC, a website, and plans for its first show. The theater also had a unique philosophy, looking to perform shows outdoors and in unusual or nontraditional spaces.

With that in mind, NOVA Nightsky Theater will debut its first production, Picnic, outdoors at the American Legion in Falls Church City, inviting audiences to bring a picnic and a blanket to enjoy the show under the NOVA sky. The show will play on the weekends of October 15–16 and 22–23, 2021.

“The response out of the gate has been spectacular,” Kay says. “It gives us a different niche in the marketplace and it’s different. We plan to do three to four outdoor shows a year in the months when it’s suitable.”

The idea came from Roberston’s nontheater life. In her day job, Robertson runs a fitness business and is known as a “traveling trainer,” teaching group classes in nontraditional places like the mall, outdoor shopping centers, and even breweries.

“Theater in a theater is beautiful and wonderful, and is the gold standard, but it is also really intimidating to people who don’t consider themselves ‘theater people,’ ” she says. “I’m also a parent of three kids and I know how expensive going to the theater can be. And you often can’t eat or drink at the theater. So, when we were thinking about where to do these shows, I knew going outside was the way to go.”

Being from Texas, Robertson has seen how successful outdoor theater can be, yet never saw it in Northern Virginia.

“The pandemic has changed people’s tolerance for what we’re willing to do outside, and there’s fresh air, and people can bring their own food and drinks, and we can charge less because we can get cheaper outdoor spaces,” Robertson says. “This makes theater more accessible.”

Robertson also owns studio space in Falls Church for her fitness business, and that space will be utilized for rehearsals and small-scale pop-up productions, starting with the play she and Kay were going to do at the Fringe Festival, a four-person sex comedy called Leaving Bedrooms.

But for now, all efforts are on getting Picnic ready for opening weekend, despite the curveball that came recently, threatening the production. While doing her daily run in Falls Church, Robertson was hit by a car. She spent weeks recovering and sustained injuries that make it difficult to walk.

While she’s the producer of the show and co-founder of NOVA Nightsky, she’s also playing Madge, a leading role.

“We’re still going to do the show,” she says. “With only about a week before the opening, we completely reblocked the show. We’ve redone the set, and we’ve designed the show with me being an immobile leading lady. It’s been a struggle, but in many ways, it’s made the project better.”

Kay notes that when the accident happened, everyone agreed they wouldn’t do the show without Robertson, and if it needed to be postponed, they would try again next year.

“It was about 10 days from her accident until she joined us in rehearsals again, and we had already had the blocking down with what she could do with her mobility,” he says. “I told Jaclyn we were willing to postpone if this is not the play she wants to do. She waited 18 months to do this; we could wait another six. But her response after the rehearsal was that the show would work.”

Robertson credits the entire cast with coming together to keep Picnic on schedule and ready to go, even offering to carry her on stage if that’s what’s needed to make this show happen—and in one scene, that does happen. It helps that the actor playing Hal, Pat Mahoney, is a personal trainer and bodybuilder.

Meanwhile, for the notable big dancing scene, choreographer Stacy Crickmer came up with some innovative ways for Madge to be included.

“I’m seated for most of the show, and when it’s necessary that I do walk, I’m going to use my crutches,” Robertson says. “I’m so excited that we’ve been able to get this off the ground and that the show is continuing, despite my accident. We invite people to enjoy a great night outdoors.” 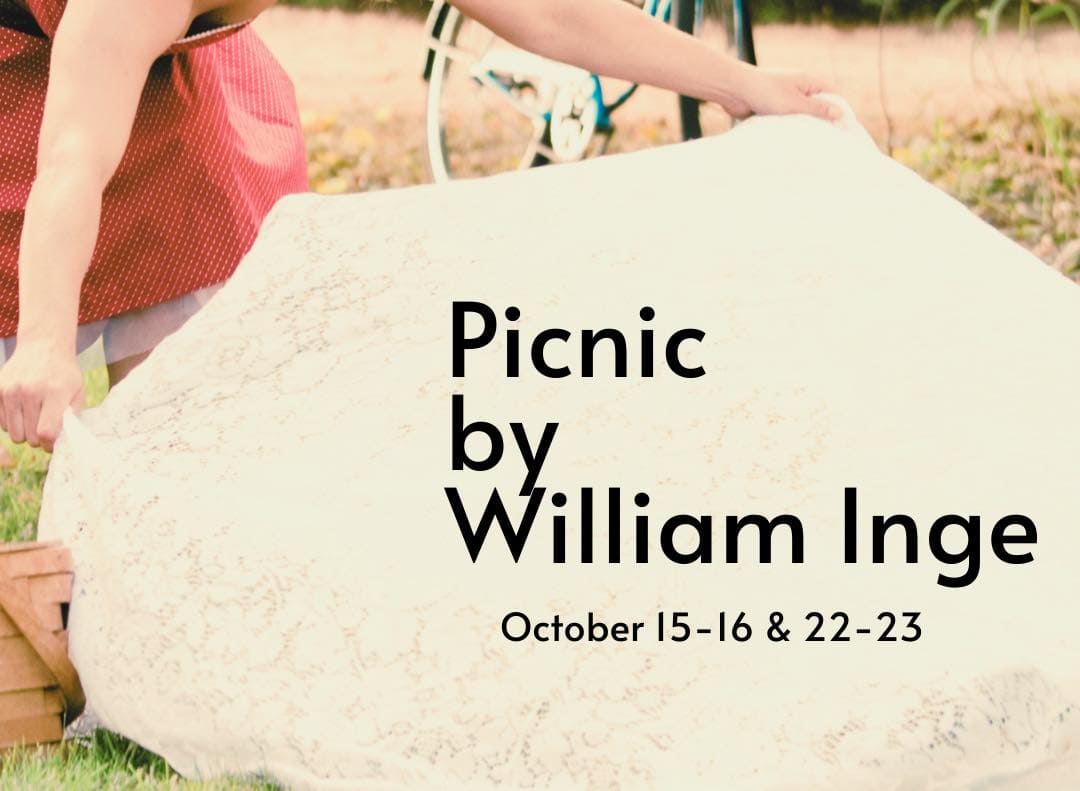 For more information on the theater and upcoming shows, visit novanightskytheater.com/upcoming-performances.