Now in its Broadway debut with MTC at the Samuel J. Friedman Theatre, Lackawanna Blues, masterfully written, performed, and directed by Tony Award winner Ruben Santiago-Hudson, offers a supremely moving autobiographical tribute to the kind-hearted, strong, and generous woman who raised him in a tour-de-force performance that would make his “Nanny” proud.

Set in the 1950s and beyond, at a boarding house in the titular Upstate NY steel town where he was born and raised, the solo show with music features virtuoso storytelling by Santiago-Hudson, who serves as the Narrator and embodies more than two dozen of the real-life people he encountered there in his finely woven tapestry of anecdotes and reminiscences. His voice, speech pattern, attitude, and physical demeanor change with each of the colorful characters – male and female, young and old, Black and white, human and animal – as he recreates their distinctive personalities and defining moments, from a childhood anchored in the love, support, and shining example of “Miss Rachel” Crosby, who cared for him (and countless other boarders, people in need, and abandoned pets) as her own when his birth parents couldn’t.

There are poetic passages of descriptions by the Narrator that contrast with the predominant vernacular spoken by the characters, humorous instances of malapropisms by a man diagnosed with “the roaches of the liver,” and expressive segments of the eponymous music, written by the show’s late Obie-winning composer Bill Sims, Jr. (to whom the production is dedicated), performed in the background and in the spotlight by Blues Hall of Fame guitarist Junior Mack, with Santiago-Hudson on harmonica, and both on brief but compelling vocals that capture the moods of the stories. Those include many harrowing incidents of loss of limbs and violence, domestic abuse and infidelity, to which Nanny responds with her signature altruism, advice, and incisive morality, firmly noting in her gentle but cogent voice that “there is a difference between right and wrong.”

In addition to the personal memories (all enhanced by Darron L West’s sound, Jen Schriever’s evocative lighting, and Michael Carnahan’s efficiently transporting set), the show references key points and figures from mid-century Black history (the Negro League, desegregation, Jackie Robinson, Nat King Cole). As noted by Santiago-Hudson in a direct-address aside to the audience (during a scene of scalp and hair oiling), “this is a lesson in Black culture!”

Though we learn that Santiago-Hudson’s cherished Nanny died in 1985, he shows us “who she was” and a life “well done.” She lives on in his heart and for eternity in this loving homage. 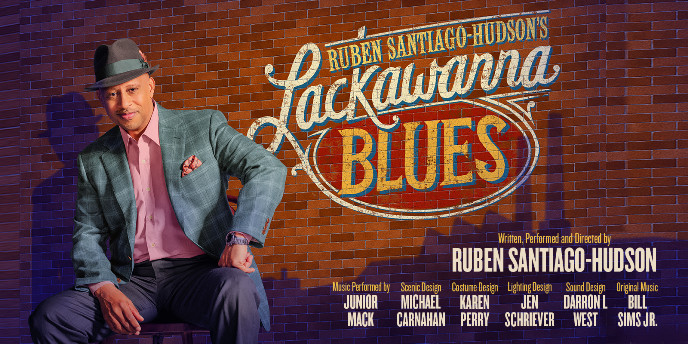