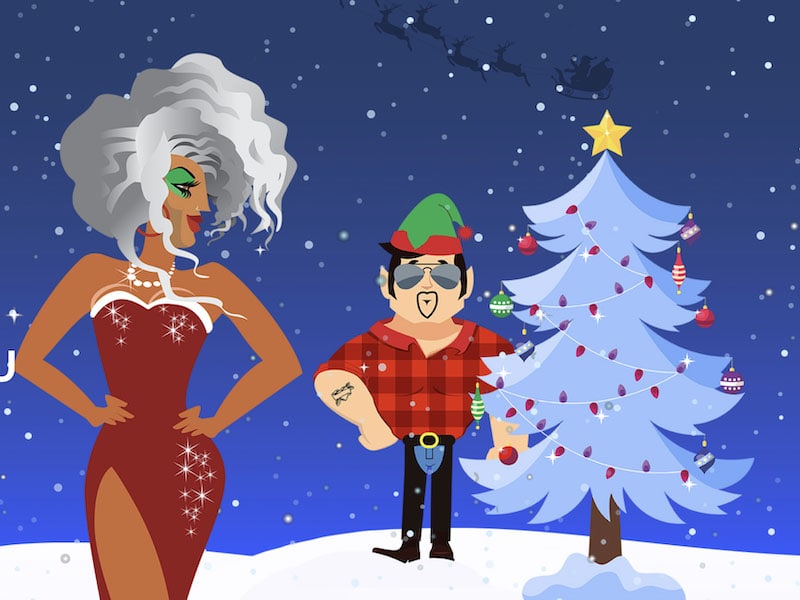 The Holiday Show kicks off GMCW’s 2021/22 season, a return to live performances at venues across the District in celebration of the perseverance of the LGBTQ+ community against the backdrop of some of the nation’s most historic moments of the 20th century.

This season embodies our mission to create music, inspire equality and inclusion with musical performances and promote social justice and dignity for all, no matter how challenging the landscape is.

Celebrating our 40th anniversary during a global health pandemic was a stark reminder of our ability to persevere and survive the tough times. It compelled us to consider our history and our hopes and dreams for the future, both for our community and for the nation. We are excited to come together in-person to honor the past, celebrate the present, and embrace the future.

In February, members of the Chorus will showcase some of their favorite songs by African American singers and songwriters from the early 20th century. It’s A Gas — The Great American Songbook is an intimate cabaret-style event that will feature music from jazz greats including Nat King Cole, Duke Ellington, Ella Fitzgerald, Billie Holiday, and many more.

Inspired by lyrics from “The Human Heart” from Once on This Island, Brand New Day explores stories of loved ones establishing acceptance and love from their chosen families. The notion that we dream our dreams, we have our hopes, we choose our home, we chose our family, and we are part of the human heart is brought to life with songs from musicals including The Wiz, Chess, and Dear Evan Hansen along with songs performed in Spanish and Korean.

(Lyrics from The Human Heart)

SPRING AFFAIR
May 14, 2022
The Ritz-Carlton, Washington, DC
Tickets: To Be Announced

The season closes with Unbreakable by composer Andrew Lippa (I Am Harvey Milk, Broadway’s The Wild Party, The Addams Family, Big Fish). This musical chronology of LGBTQ+ lives in America through the 20th century is a tribute to the perseverance and power of people who would not be defeated and could not be broken. Featuring celebrated jazz vocalist Nova Payton, who won a Helen Hayes Award in 2012 for her portrayal of Motormouth Mabel in Hairspray at Signature Theatre, and soprano Amy Broadbent, from the United States Navy Band Sea Chanters Chorus, this stunning choral work presents stories from American LGBTQ history including Harvard’s “Secret Court” of 1920, the life of transgender and gay activist Sylvia Rivera, The Lavender Scare, and the remarkable work of Nobel Peace Prize winner Jane Addams. (June 4, 2022)

COVID-19 Guidelines
As GMCW prepares to return to live, in-person musical gatherings, the health and safety of all artists and patrons remains our top priority. We will abide by the health and safety policies and protocols in place at the venues we utilize for our performances and we will continue to follow advice from the CDC regarding singing in large groups. As such, all concerts and events are subject to change

All shows and events are subject to change.

Led by Artistic Director Thea Kano, the Gay Men’s Chorus of Washington, DC (GMCW) is now in its 41st season. GMCW sings to inspire equality and inclusion with musical performances and education promoting justice and dignity for all. GMCW has more than 300 singing members, three select ensembles, a dance company, a youth chorus, 50 support volunteers, more than 300 subscribers, 500 donors, and an annual audience of more than 10,000 people.

The Chorus and its ensembles keep a very busy schedule with more than 100 outreach performances each season and almost 5,000 volunteer outreach hours. Past outreach performances have included the HRC National Dinner, National Institutes of Health, Whitman Walker Health, DC Flag Football, and Washington National Cathedral. In June 2019, GMCW performed live on NBC-TV’s The Today Show as part of their coverage of the 50th anniversary of the Stonewall uprising. In May 2016, GMCW ensemble Potomac Fever traveled to Ukraine for a historic LGBT music and outreach tour. In July 2015, members of GMCW embarked on a first-ever tour by a gay chorus to Cuba. Since June of 2017, each year over 100 members of GMCW traveled to different states spreading music and a message of equality for all. States visited include NC, SC, AL, GA, TN, WV, OH, PA and NY. In August 2019, members of GMCW gave a special concert and participated in Reykjavik Pride in Reykjavik, Iceland.

GMCW has performed for President and First Lady Obama, eight consecutive years at Vice President and Dr. Biden’s residence, at the historic Carnegie Library in honor of gay rights activist Dr. Frank Kameny, twice at the Kennedy Center Honors, and as part of the inaugural celebrations for President Obama and President Clinton.

Since 2001, the Chorus has maintained a robust youth outreach program, GenOUT, that offers on-school-time programs, as well as free tickets to high school students, parents, and teachers. In 2015, GMCW launched the GenOUT Chorus, the first LGBTQ youth chorus in the District area. Since its debut in spring 2015, more than 110 students from over 60 area schools have participated in GenOUT.

GMCW is a member of Chorus America, the Gay and Lesbian Association of Choruses (GALA Choruses), and the Cultural Alliance of Washington.