On Tuesday, November 16, 2021, Chicago, as it nears its 10,000th performance on Broadway, celebrated 25 years of “Razzle Dazzle” with a special anniversary celebration. Produced by Barry and Fran Weissler, the iconic show won six Tony Awards in 1997, including Best Musical Revival and the Grammy Award for Best Musical Cast Recording. Over the last quarter-century, the musical has been seen in 36 different countries and by 33 million people worldwide.

Beginning with a performance from the Brooklyn United Marching Band on the TKTS Red Steps in Duffy Square, Chicago was later honored with a special Mayoral Proclamation, accepted by original cast members Joel Grey, James Naughton, and Bebe Neuwirth. Mayor-Elect Eric Adams made a surprise appearance – his first at a Broadway show to thank audiences for returning to the theater.

The evening also included a star-studded red carpet at The Ambassador Theatre, which was lit in red for the occasion, featuring members of the original Broadway cast, the current Broadway cast, and other acclaimed stars. In addition, there was a tribute to Ann Reinking, the original choreographer who also played the lead of Roxie Hart in the 1996 production, with a video and special presentation from former Chicago star Charlotte D’Amboise.

Key moments and stars of the celebration were captured in the photographs below by Daniel Rader: 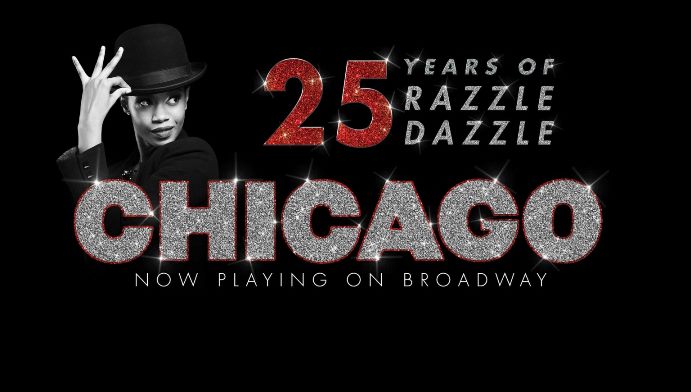 All audience members must wear a properly fitting mask over the nose and mouth in the theater, except when eating or drinking in designated areas. Everyone ages 12 and older must be fully vaccinated with an FDA or WHO authorized vaccine and show proof to attend a show. Children ages 5-11 must be vaccinated with an FDA or WHO authorized vaccine or present a negative test. Children under 5 and people with a medical condition or closely held religious belief that prevents vaccination may show proof of a negative COVID-19 test. Everyone ages 18 and older must present a valid government-issued photo ID. Those under 18 may also show a school ID, birth certificate, or social security card (photo not required), and children under 12 must be accompanied by an adult who meets the above requirements.