The national touring company of Pretty Woman: The Musical comes to DC’s National Theater for eight performances from December 28, 2021, to January 2, 2022. Olivia Valli, the rising star who plays Vivian, talked with DCMTA’s Bob Ashby about how the show has been revised since its Broadway run and how her character will be different from Julia Roberts’s in the movie. This interview has been edited for length and flow.

Bob Ashby: You are playing a role made famous by Julia Roberts. How does your Vivian differ from hers?

Olivia Valli: I’m going to be giving more of a Jersey flair to it. I’m a naturally witty person, and I like to use humor to cope or get through tough situations, so that’s what I lean into. I also like trying to see the good in people, and that’s something I focus on, because the writing for the show is different from the movie, and so is the direction. Vivian in the show is more of an open-hearted person, even though she’s in extreme and unfortunate circumstances with her line of work. Jerry Mitchell [the director] always reminds me to see the hope rather than get so down so quick. You’ll see more of a character that chooses hope.

One of the songs in the show talks about Vivian’s backstory, how she got into her line of work. Beyond that, what sort of backstory do you imagine for the character?

The backstory that you’re going to get for Vivian is a not-so-gentle reminder is that her line of work [prostitution] is not always a choice. There’s an awareness of that. Five minutes into the show she starts singing “Anywhere but Here.” She just wants to get out, she wants to do different, she wants better for herself. She doesn’t know how, but she’s going to get there, and that’s what drives her through the entire show. Right from the jump you see a go-getter who really believes that she wants better but she doesn’t necessarily see it for herself yet. She just knows innately that she wants it.

Do you think that Vivian sees her sex work as a valid sort of work, or is it something she feels a need to be rescued from?

I think that for Vivian, she’s more along the lines of it might be OK for Kit [the secondary female lead] or for somebody else, but just not for her. I don’t think there’s judgment attached to it; I just think that she knows that she’s unhappy and wants to move forward.

How do you think the songs in the show cast a different light on Vivian and the other characters, compared with the film?

Since it’s theater it’s going to be bigger and more exaggerated, but if anything the musical tends to a more in-depth perspective for every character than might have been in the movie. Like for Edward [the male lead], you start to see the wheels turning immediately when he meets her: What is it about this girl he can’t stop finding himself attracted to? What is it about Vivian that she might be down but she’s not out — like when she’s turned down at a shop for the first time, or when she’s singing “I Can’t Go Back”? Or you’ll see the backstory on Kit, which is really special, because rather than getting a blip in time like in the movie you’re getting a full backstory. You start to understand where people are coming from, years before, and I think that makes the show more relatable. In every situation, whether it be Edward or Vivian or Kit or the Happy Man/Mr. Thompson, you resonate with those characters in one way or another.

Is the show set in the time period of the movie or has it been updated?

Given that gender roles and perceptions of sex workers are different now from what they were 30 years ago, how does that get taken into account in this version?

After the Broadway run, the Pretty Woman team trimmed the fat on what did and didn’t work, and updated a lot of the book. This book focuses more on Vivian’s choice — and when she’s not being treated well, she says, “I don’t want to be treated like this.” She doesn’t care about the money, or the status, or the offer of a better life. She wants to be valued first and respected, regardless of her line of work, and so she’s willing to walk away, no matter what. There’s a point in the show where she turns down the money, the $3,000, and the scene really emphasizes “don’t ever treat me like this again” — that you are treating me like this is unacceptable, regardless of who I am or what I do.

It’s interesting to see how the show is perceived. I’ve passed by people in different cities where it’s “Oh, it’s the show about the hooker,” but in other cities it’s “Oh, it’s Pretty Woman, the love story, the romance, the Cinderella story.” Even though we think we’ve made a lot of strides when it comes to changing the perception of sex work, we kind of haven’t. In a lot of places, we’re still kind of stuck in that late ’80s/early ’90s mentality.

From what I’ve read of the 2018 Broadway production, it had so-so box office and a tough reaction from critics. From what I’m hearing now, there have been some tweaks to improve what may not have been working as well in New York.

We were just in Chicago, and I was a little nervous about that because that was where the pre-Broadway run was, and it didn’t do very well there, because it is what it is. They liked it, but there were still a lot of problems. A huge testament to the changes in the show is that when we did it in Chicago on tour, they really loved it, and they thought the updates were great. It feels better, it doesn’t feel as extreme, it feels like a real and grounded story. And that’s what we’ve been getting time and time again. It’s just that the topic of the musical can sometimes be touchy for some people. Overall, people are happy with the changes, which makes me excited, because I do confidently feel that this is a really solid story that people can go to and escape the horrors of the world and enjoy themselves with.

In this story, like so many others over the years, we’re looking at a wealthy man and a beautiful woman, traditional currency of what one might call transactional relationships. So can you speculate, if Edward isn’t as rich, or Vivian is just an average-looking woman in that line of work, does the story come out differently?

I feel the story would come out the same because Vivian isn’t swayed by money or status; she has to earn money or she’ll get kicked out onto the streets of LA, and the streets of LA are hard. There’s a line that says, “We could have died tonight.” She’s very aware of the very dire circumstances, but she still turns the money away because she finds herself and she finds her voice. She doesn’t care who you are, she’s going to demand respect.

This is a story about two people falling in love, and I think that Edward still would have fallen for her crazy nature in the sense that she sees the world through this new set of eyes, and she’s not afraid to say no, and she’s not afraid to challenge people. But she also chooses to see the good in people.  This story, especially our version of the story, emphasizes falling in love with the heart of a person. Two people who do not necessarily fit into their worlds — Edward doesn’t really fit into his, Vivian doesn’t fit into hers — create their own, and that’s kind of what happens in a relationship anyway — you come together with a person, and you create your own safe world where there is mutual respect, admiration, and love. I think it would have turned out just the same because it’s two people who fell in love with one another’s hearts rather than their material circumstances or outer exteriors.

Why should I or someone come to see this show?

Because as much as this is a Cinderella story, this is an underdog story. I think we’ve all felt like the underdog in one way or another, whether you’re judged off of what you do or the money you make, your gender, or how you dress, or even, in Edward’s world, you’re treated differently if you’re not the rich billionaire. I think that we have all felt stepped on or taken advantage of or we deserve more respect than we get, and this is a story about watching somebody find their voice, and everybody can resonate with that, because in one way or another we all do that, whether that be big and grand or more subtle, we all have felt like, OK, I’m going to rise above my circumstances and go for my dream, and I’m going to go and change, because I deserve basic human decency. So I feel that people who have felt like an underdog can come and really sympathize with that and go, Hell yeah, I’m going to root for these people because I’ve been there.

UPDATE from Broadway at The National, December 23, 2021:
Despite robust precautions, breakthrough COVID-19 cases were identified within the fully vaccinated touring company of PRETTY WOMAN: THE MUSICAL prior to traveling to Washington, DC. As the affected company members complete their recovery—and to ensure the wellness and safety of our guests, cast, and crew—all performances of PRETTY WOMAN: THE MUSICAL at The National Theatre (December 28, 2021 – January 2, 2022) have been canceled. We apologize for the disappointment and inconvenience. Ticket holders are being contacted now with a variety of options, including refunds, and should contact their point of purchase with any questions. 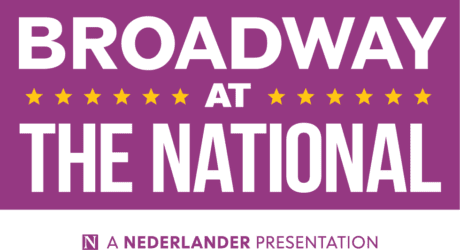