Following its multi-award-winning Off-Broadway world-premiere engagement at Playwright’s Horizons in 2019, a pandemic-delayed critically-acclaimed regional production at DC’s Woolly Mammoth in 2021, and, in between, receiving a Pulitzer Prize for Drama in 2020 (the tenth musical to win, the first ever by a Black writer, and the only one without having had a Broadway run), composer, lyricist, and librettist Michael R. Jackson’s A Strange Loop has at last arrived on Broadway, at the Lyceum Theatre. Not that it needs any more positive or glowing affirmation than it’s already gotten, but among the greatest accomplishments of Jackson’s blockbuster hit is that it engenders both laughter and empathy, and those are two of the biggest gifts theater can give an audience. Thank you.

There is a lot of explicit language and a graphic sexual encounter in the show (presented with discreet low lighting), which is not intended to shock or to titillate, but to expose with raw honesty the character’s personal struggles with social stigmas, rejection, and self-esteem (“too Black, too fat, too fem, too . . .”). Though more traditional theatergoers might find it too bold for Broadway, it is an important part of Usher’s identity crisis and self-therapeutic revelations, which contributes significantly to an understanding of the character, his negative self-perception, and his development.

Stephen Brackett directs it all with high energy and an eye on the unrelenting laughs, interspersed with moments of sincere compassion that bring meaning to the absurdities of Usher’s overly active imagination and the realities of our society. Jackson’s music, played by a six-piece orchestra (music director Rona Siddiqui on keyboard, Mike Pettry on keyboard and guitar, Chris Reza on reeds, Beth Callen on guitar and banjo, Ian Jesse on bass, and Marques Walls on drums), with orchestrations by Charlie Rosen, runs the same expressive gamut of moods and styles, with segments of sometimes vibrant, sometime aggressive movement and dance choreographed to perfection by Raja Feather Kelly.

Making a stellar Broadway debut, Jaquel Spivey, who joined the cast in the DC production, is thoroughly irresistible in his portrayal of Usher, an unfulfilled neurotic outsider, even within his own conventional Christian family, too often stymied by thinking too much but intent on working through his problems, pain, conflicts, and writer’s block with a combination of biting humor, intense insight, heartrending sensitivity, and powerful vocals (“Inner White Girl,” “Boundaries,” and “Memory Song” are among the most affecting). His unabating critical thoughts are played by the terrific original Off-Broadway and DC company of L Morgan Lee (Thought 1), James Jackson, Jr. (Thought 2), John-Michael Lyles (Thought 3), John-Andrew Morrison (Thought 4), Jason Veasey (Thought 5), and Antwayn Hopper (Thought 6). Each represents a different aspect of his personality and embodies a range of characters in his memories and from Black history (including Harriet Tubman and Whitney Houston), while delivering flawless harmonies, sidesplitting moves, and nearly non-stop hilarity.

The set by Arnulfo Maldonado shifts from an abstract backdrop wall of doorways in which the Thoughts appear to Usher’s family home and the church interior where the parodic Gospel musical is set, all enhanced with lighting by Jen Schriever that goes from grey and dismal to a rainbow of colors to electric neon. Costumes by Montana Levi Blanco change with the contents of Usher’s thoughts and memories, and Drew Levy provides evocative sound that suits the action and ideas.

With a Pulitzer Prize and a sensational Broadway premiere to his credit, let’s hope Jackson and his thoughts are feeling the affirmation they deserve.

Running Time: One hour and 45 minutes, without intermission. 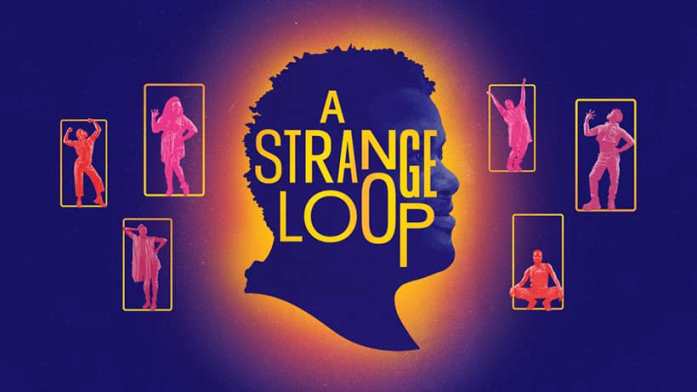