Robert Macke’s House of Chavis, a world-premiere play presented at The Flea Theater by TOSOS (The Other Side of Silence) – NYC’s oldest and longest producing professional LGBTQIA+ theater company – examines a personal issue that is all-too prevalent from a unique and very public present-day perspective. Can a father who rejected, brutalized, and drove away his queer son find redemption and forgiveness by taping a message of love, pride, and remorse to him for the drag competition reality TV series on which he is a finalist?

Directed by TOSOS Artistic Director Mark Robert Finley, the sometimes funny and always impactful three-hander is told through a sequence of insightful rapid-fire vignettes that get right to the point, while revealing the personalities, relationships, and backstories of the characters, centered around the unseen estranged son Vincent (who never appears on stage, though we get a sense of his persona from the conversations of the others). The TV show’s producer Michelle serves as the conduit, providing her audience with an “arc” for the drag show contestant by arriving unexpectedly with a film crew on his father Vernon’s doorstep to interview him, after a visit with his garrulous sister-in-law Paulanne, who has maintained contact with her nephew and their entire extended family and preserves their history in her photo albums and memories.

Tsebiyah Mishael Derry plays the no-nonsense professional Michelle, who is determined to get the inside scoop from Vernon that could both win over her viewers and reunite father and son after their eight-year estrangement, following the violent incident that traumatized Vincent and sent him packing. She not only gets the initially resistant Vern to watch the previously aired episodes of the series and to agree to taping a message to his son, but also becomes increasingly invested in giving him the opportunity to begin the difficult healing process, while sternly demanding he take an honest and considered look at himself and what he’s done. And she provides interesting info about the format of the TV show, the witty names, categories, and preparations of the drag queens, and how she and the judges select the contestants and finalists, which brings touches of humor and specifics to her compelling performance.

As the open-hearted and exuberant Paulanne, Gretchen Reinhagen is warm and winning, happily reminiscing about the young Vincent and other members of the family with a lively southern accent and homestyle expressions, and, in one of the play’s most comical scenes, even getting the reserved Michelle to lie down on the floor and stretch out, so she can judge the distance in a recollection she’s relating. Despite her obvious loquaciousness, she acknowledges that she is careful about what she shares with the others, so as not to cause any more damage or pain, and doesn’t always give the full story about Vincent to Vernon, who, she fears, might not approve of where he is, who he’s with, or what he’s doing. But in her excitement at being flown by the production company to the drag show’s finale, her bonding with an audience member in the seat next to her, and her tears of joy for her nephew, Reinhagen expressively captures all the love and acceptance Paulanne feels and gives.

In his portrayal of Vernon, Yosvany Reyes is the epitome of toxic masculinity – insulting, disdainful, and stubborn, shocked and disappointed in his son, until the interactions with Michelle and Paulanne begin to soften him. We see a gradual change in his attitude, hear about the devastating death of his wife, and watch him try to make amends, while still exhibiting bouts of drinking and explosive anger that he regrets. Will his apologetic and loving taped message be enough to reconcile with Vincent, who now has the emotional support he lacked from his father in the new chosen family of his drag House, fiancé, and community?  Or has the trauma of his youth, from which he has moved on, made that impossible?

An eye-catching design further references the absent Vincent, in a vanity table and mirror surrounded by marquee lights, a delicate crystal chandelier, a glittering tinsel curtain in the doorway, and a rack of flamboyant drag costumes and shelves stacked with wigs, in every color of the rainbow (set by TJ Greenway; lighting by Alex Denevers; costumes by Ben Philipp). The character-defining costumes also serve to distinguish between the different personalities, with the tasteful contemporary outfit of Michelle, the less refined flashy taste of Paulanne, and the worn plaid shirt and basic pants and shoes of Vernon. Sound by Morry Campbell, including the audio of the TV episodes Vern watches, also contributes effectively to the atmosphere and content of the narrative.

As with all the powerful productions of TOSOS, House of Chavis offers an important message in its exploration of the LGBTQIA+ experience, the struggle for acceptance, and the deplorable homophobic behavior that destroys families: Don’t be that person, and if you ever were, don’t expect absolution to come easily. 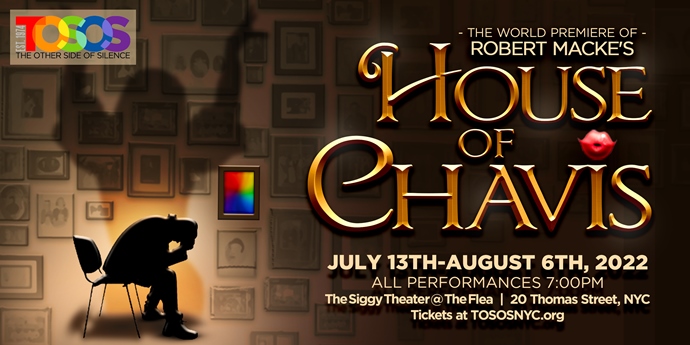 House of Chavis plays through Saturday, August 6, 2022, at TOSOS, performing at The Siggy Theater at The Flea, 20 Thomas Street, NYC. For tickets (priced at $35, plus fees), go online. 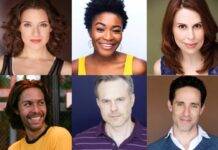 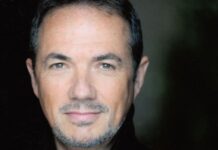