If you love reading about the works and stars of the theater almost as much as seeing them, check out the variety of offerings in these four new and soon-to-be-released books of plays and biographies. 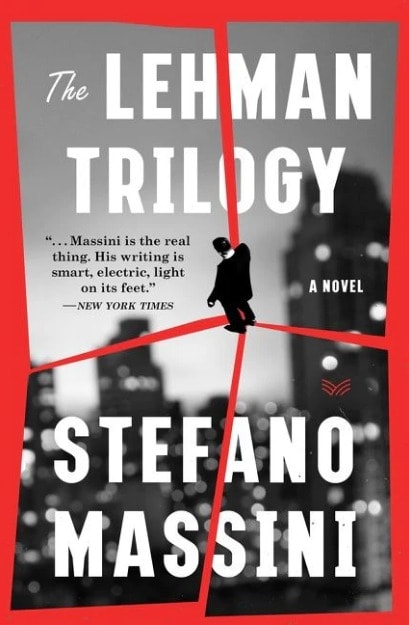 The Lehman Trilogy by Stefano Massini, English translation by Richard Dixon – On a cold September morning in 1844, a young man from Bavaria stands on a New York dockside dreaming of a new life in the new world. He is joined by his two brothers, and an American dynasty begins. 163 years later, the firm they establish – Lehman Brothers – spectacularly collapses into bankruptcy, triggering the largest financial crisis in history. The story of a family and a company that changed the world follows the epic rise and fall of three generations and, through them, tells the story of American ambition and hubris.

Playwright Ben Power’s English-language stage adaptation of Massini’s vast and poetic novel The Lehman Trilogy premiered at the National Theatre, London, in July 2018, then went on to a blockbuster Broadway engagement that garnered nine Tony nominations, winning the Awards for Best Play, Director, Actor, Scenic Design, and Lighting Design. You can now read the original book and basis for the acclaimed play, in a recent paperback release from a division of Harper Collins publishers.

Is God Is/What to Send Up When It Goes Down by Aleshea Harris – Two socially relevant and critical works by the award-winning American playwright and spoken word artist, both focused on the Black experience but each in a unique style and format, were released in a single volume this spring by Theatre Communications Group (TCG)

The explosive Is God Is, combining elements inspired, according to Harris, by the ancient, the modern, the Spaghetti Western, hip-hop, and Afropunk, presents an absurdist tragi-comic examination of the relentlessly cyclical nature of violence, as twin sisters undertake a dangerous journey to exact revenge upon their father at the behest of their dying mother. What to Send Up When It Goes Down is a performative/interactive play-pageant-ritual response to anti-Blackness in America. Directed to a Black audience and designed to heal through expressive participation and movement, release and expulsion, it also separately challenges non-Black people to consider what they can do to “disrupt the idea responsible for all of these lives needlessly taken” and turn their consideration into action.

Anne Bancroft: A Life by Douglass K. Daniel – Recently released in paperback, this well-researched in-depth biography is the first to cover the full scope of the life and career, and to give readers insights into the personality, of the legendary star of the stage and screen (1931-2005). Though known to millions from her roles in such iconic movies as The Miracle Worker (1962) and The Graduate (1967), and several directed or produced by her husband Mel Brooks, Bancroft also appeared in TV and theater productions, which together earned her a total of one Oscar, two Emmys, and two Tony Awards (for her 1958 Broadway debut in Two for the Seesaw, followed by her role in the original 1959 Broadway version of The Miracle Worker, which was later adapted for film), in addition to many other honors.

Along with tracing the journey and highlights of the actress’s illustrious career (and including an appendix of her theater, film, and television credits), the author interweaves never-before-published family photos, interviews with dozens of her friends and colleagues, and material from film and theater archives to present an all-encompassing portrait of the woman and the artist. From her childhood in an Italian Catholic family in the Bronx, when the young Anna Marie Louise Italiano (Bancroft’s birth name) already showed an inclination towards performing, to her training with Lee Strasberg and her artistic process of method acting, her move to Hollywood and return to the New York stage, she is shown as the consummate professional, committed to challenging herself, strengthening her craft, and raising the standards of acting. Daniel also considers her unexpected motherhood at the age of 40, which divided her time between home and work, and her private struggle with cancer, which took her life at 73. If you’re a fan, and want to know more about Anne Bancroft, this book is indispensable. 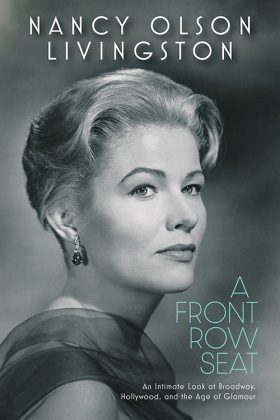 A Front Row Seat by Nancy Olson Livingston – Now in her 90s, and one of the last living artists from the Golden Age of Hollywood, the Oscar-nominated actress (Sunset Boulevard) and Beverly Hills resident shares memories of her privileged life in an upcoming memoir to be released in the Fall. Beginning with her Scandinavian ancestry, childhood in Wisconsin, training at UCLA, and first contract in Hollywood at the age of twenty, Livingston recounts her story through personal vignettes told in 101 short chapters that express her attitudes and observations and recall her interactions with some of the most renowned luminaries of the 20th century, as well as with her own family.

She was not only featured in several films, including Union Station (1950), Battle Cry (1955), Pollyanna (1960), The Absent-Minded Professor (1961), and Airport 1975 (1974), but also made guest appearances in a number of television shows, and starred in three plays on Broadway (Tunnel of Love; Send Me No Flowers; and Mary, Mary). Those credits, along with her marriages to famed Tony- and Oscar-winning lyricist and librettist Alan Jay Lerner (Paint Your Wagon; Gigi; My Fair Lady, which he dedicated to her) and to former Capitol Records president Alan Wendell Livingston (who created Bozo the Clown and worked with such iconic musical artists as Nat King Cole, Frank Sinatra, Judy Garland, the Beatles, and many others) gave her entrée into the most exclusive circles of society, show biz, fashion, and politics. Among her countless anecdotes are encounters with the likes of William Holden, Marilyn Monroe, and John Wayne, and uncomfortable experiences with Howard Hughes and John F. Kennedy, long before the time of the #MeToo movement against the sexual harassment of women.

The chock-full autobiography, in which Livingston is not averse to namedropping and “tooting her own horn,” provides an insider’s account of an elite life in a bygone era, so if you want to find out what went on, who was there, and what they were like, Livingston tells all – there’s even a chapter of “Stories I Hesitate to Tell.”