A joyful noise is ringing loud and clear from the rafters of Toby’s Dinner Theatre of Columbia as the 11-time Tony Award nominated production of The Color Purple, ‘The Musical About Love’ makes its Columbia area debut. The show has music and lyrics written by Brenda Russell, Allee Willis and Stephen Braya, with a book by Tony Award winner Marsha Norman.

Directed by Toby Orenstein and Lawrence B. Munsey with musical direction provided by Christopher Youstra, this soul-stirring story of hope is filled to the brim with gospel, jazz, ragtime, jazz, and blues. It is uplifting and spiritually cleansing and one of the most stellar productions presented so far this season. With a phenomenally powerful cast featuring some of the most soulful performers in the area, this performance will leave you welled up with pride, moved to tears, and a little closer to true happiness.

Following the life of a young black girl named Celie, the story based on the Pulitzer Prize-winning novel by Alice Walker takes the audience on an emotional journey showing how this determined girl overcomes adversity in the face of tragedy and discovers her voice in the world. With stunning musical numbers, brilliantly catchy choreography, and voices so strong you’ll be shouting for more, this production is second to none in its intensity and amazement.

Directors Toby Orenstein and Lawrence B. Munsey bring together a cast of extremely talented actors to deliver soul-shaking justice to the music and lyrics of Brenda Russel, Allee Willis, and Stephen Bray. The choice to have the same two actors play Celie and Nettie from the beginning of the show where the two girls are young girls in their early teens all the way through to the end when they are old and gray is sheer brilliance. The way Orenstein and Munsey craft the look and sound of their character growths is astonishing and getting to see this total transformation of a lifetime’s journey etched out in their physicality, their vocal sounds and in the makeup of their hair and face is truly a marvel.

Doubling up as the Costume Designer Munsey brings the world of turn of the century backwoods Georgia to life in his subtle and simple design with working man’s clothes and nicer dresses and suits for Sunday service. The highlights of the costumes come from a world away in his whimsical and tribal design of the African natives. These costumes imbibe an almost savage spirit in their wild blue coloring and war-paint markings. But the pièce de résistance comes in the fancy patterns and wonderfully comfortable style of Miss Celie’s pants, created in a myriad of colors, patterns, and sizes.

One of the truly uplifting things about this performance is its intense choreography. Designed by Choreographer Anwar Thomas runs the gambit from fierce rhythm stomp dances, as witnessed in “Big Dog” and then later with a more spastic and jungle rhythm feel to them in “African Homeland” to no holds bar explosive swing set showcased during “Push Da Button.” Thomas’s style of choreography reflects a good deal of syncopated rhythm giving the dancers the unique appearance that they are defying the beat as well as moving with it in several of the big dance scenes, especially when they start flinging their acrobatics into the swing pit during “Push Da Button.”

If there is one word that sums up the overall vocal quality of the show it’s ‘powerful.’ Simply said every person in the cast has a strong voice filled with conviction for every note they sing. Not only is the sound of the ensemble packed with might and energy they have a perfect sense of pitch and clarity so that every word is heard. This is also true of the solo and lead performers often belting out incredible sounds that will raise the rooftop in both joy and sorrow, times of sadness and times of gladness.

Every story needs a touch of humor and this story has a trio of it coming from ‘The Church Ladies.’ Darlene (Crystal Freeman), Doris (Tierra Stickland), and Jarene (Kelli Blackwell) travel together like a little coven of gossipy geese, pecking and picking at everything with their three-part harmony commentary that keeps the audience laughing at them. They tell it like is and make no bones about it as they enter songs at the front or tail end with their boisterous and amusing chatter in such numbers as “All We Got To Say” and “A Tree Named Sophia.”

Living up to every bit her namesake Squeak (Ashley Johnson) is the other snippet of comic relief in this show. Johnson shrieks and squeaks her lines and songs just as her name would imply creating many a laughable moment between her and Harpo. Johnson features in the song “Brown Betty” and hits notes that proves that the lord does indeed work in mysterious ways.

Being a show largely dominated by women, Harpo (David Little) makes quite the character when he falls sweet on and then marries the larger than life Sofia (Theresa Cunningham). Little falls into his element as the underdog man with a keen sense of soul and blues in his number “Brown Betty.” When he gets to opening his Juke Joint he really keeps the place a hoppin’, driving the energy in that scene. His on-again-off-again chemistry with Cunningham is fairly volatile but loveable all the same.

Cunningham is ferocious force to be reckoned with. She does not mince words and everybody knows where she stands. In fact she downright scary when she starts belting out her signature number “Hell No!” With murderous eyes and nostrils flaring Cunningham embodies the original soul of a suffragette with a whole new southern gospel twist to it. This number is driven with a fiery passion and Cunningham becomes well worth the ovation she receives for it.

Every story has a bad guy and you won’t see one worse than Mister (Mark Anthony Hall). Vicious like a viper he makes everybody hate him early on for the way he treats Celie. Hall embodies all the nasty qualities this character has to offer but he does something remarkable in the second act. During “Celie’s Curse” Hall reveals to the audience a deep bleeding humanity beneath all the villainy of Mister’s character, transforming himself into something truly amazing.

Then there’s Shug (Shayla Simmons). The epitome of all that and a bag of chips Simmons walks this role like a pro. She creates levels of depth into Shug’s character, from the vapid surface bitch to the deeply troubled and loving woman beneath that sexy exterior, Simmons portrays them all with style and class. Her voice is like a siren flown to the fiery halls of hell when she stars belting out that sensuously sinful tune “Push Da Button.” We see the sweeter side of Simmons during her dulcet solo “Too Beautiful For Words” and witness a tender transformation during her duet with Celie, “What About Love?” She’s a knockout and she had the whole audience screaming for more.

And then it comes down to it, the star of the show, Miss Celie (Dayna Quincy). Her soul-searching voice is powerful in ways unimaginable no matter what number she’s singing. Quincy takes to the role of sisterhood, playing in several scenes with the sensational Jessica Coleman (as her sister Nettie), and makes the audience feel that bond between them. Coleman has a spellbinding voice that matches Quincy’s perfectly making duets like “Our Prayer” and the title song’s reprise a glorious sound.

Quincy glows with hope and determination no matter what her situation. Her emotions run raw and real, giving that deep expressive sound to everything she speaks and sings. Her transformation from young girl starting off with a silly kid’s hand-game in “Huckleberry Pie” to her aged sound in “I’m Here” by the end is breathtaking. Her voice matures as her character grows and its simply stunning to watch. Well deserving of any award that might come her way for this performance, Dayna Quincy brings a passionate, vibrant sensational talent to this show.

The Lord will work in mysterious ways if he gets you a seat to this show which is selling out mighty quickly. Do not miss the most engaging, and utterly moving piece of musical theatre I’ve seen this year.

Running Time: Two hours and 35 minutes with one 20-minute intermission. 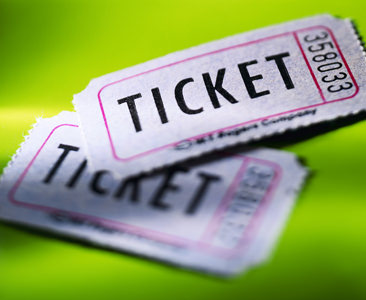 A Special Discount For DC Theater Arts Readers:
As a special thank you to our readers – Toby’s Dinner Theatre of Columbia is offering a Reader Appreciation Night! Book your reservations for Friday Evening September 28, 2012 and mention reading this review and you will receive 25% any admission price for that evening’s performance.