Will we ever get tired of the classic narrative, “boy meets girl—boy loses girl—boy gets girl”? Never! Especially when it’s presented as a singing, dancing, comedic extravaganza such as Blake High School’s tuneful and energetic production of Crazy for You. With book by Ken Ludwig and music and lyrics by the legendary George Gershwin and Ira Gershwin, this sparkling show opened on Broadway in 1992 to rave reviews. In fact, Crazy for You is billed as “the new Gershwin musical.” 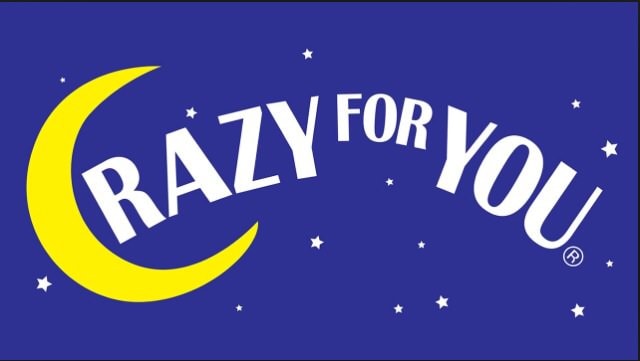 The story follows the romantic missteps of would-be Broadway dancer, Bobby Child. His wealthy, overbearing mother wants him to work in the family banking business and make as much money as possible. Meanwhile, a conceited, arrogant woman named Irene has proclaimed herself Bobby’s fiancée for the past 5 years, although Bobby never agreed.

The action begins at a theatre in New York City in the 1930s during the last performance of the season. Despite previous failures, Bobby is again auditioning as a tap-dancer for theatre-owner Bela Zangler to appear in the Zangler Follies with the beautiful Follies Girls. As always, Bobby dances very well but fails the audition, because the lecherous Bela is jealous of Bobby’s popularity with women.

Frustrated with his life, his mother, and his “fiancée,” Bobby reluctantly accepts a banking assignment to travel to the economically-challenged Deadrock, Nevada to foreclose on an old theatre whose owner is behind in his mortgage payments. When Bobby arrives, he falls in love with Polly, the daughter of the theatre owner and she begins to return his feelings until she learns that he is representing the bank in the foreclosure. Bobby pleads that he wants to help save the theatre, but Polly won’t listen. Bobby tries to put on a show to raise money for the mortgage payments, and in the process, impersonates Bela Zangler—that is, until the real Bela arrives in Deadrock.

What follows is a litany of twists and turns and adventures and misadventures that are too numerous to mention, but which form a sweet and funny—albeit predictable—love story.

Led by Producer/Director Michael D. D’Anna, these high school students perform brilliantly. Joey Ellinghaus, as Bobby Child, is an absolutely amazing singer, dancer, actor, and comedian. Even more amazing is his smooth and effortless style. His strong, rich voice and fabulous tap-dancing brought the house down in a dream sequence of “I Can’t Be Bothered Now” with the Follies Girls.

Adalia Jimenez is superb as Polly Baker. Her beautiful singing voice is perfect for the iconic Gershwin love songs, as she demonstrates in “Someone to Watch Over Me.” Her acting talent is evident in portraying a deceptively complex character. Polly is both a naïve and star-struck ingénue and a practical, no-nonsense businesswoman.

Together, Ellinghaus and Jimenez are breath-taking! Their impressive vocal ranges, flawless dynamics, precision dance movements, and comedic flair mesh beautifully into transcendent, professional-quality performances—as seen in “Shall We Dance?” and “Embraceable You”.

Logan Dechter plays Bela Zangler to comic perfection throughout the show. In one extraordinarily funny scene, he combines with Ellinghaus (Bobby, who is pretending to be Zangler) in which they display their tremendous talent for physical comedy. The two “Zanglers” silently and precisely mirror each other’s movements and mannerisms in a way that is reminiscent of the great comedians of the past. Using tables, chairs, whiskey bottles, and other props, the duo then sings a drunken rendition of “What Causes That?”.

Speaking of physical comedy, L.J. Enloe as Lank (proprietor of the Deadrock Hotel and Saloon) and Elizabeth Iduma as Irene (Bobby’s jilted fiancée) combine in a positively athletic version of “Naughty Baby”.

Under the leadership of and Music Director Rachel Lader, whose 22-piece student band tirelessly accompanies the on-stage performers, and to Choral and Vocal Director Sarah Goldsmith, who coached the cast with one classic Gershwin tune after another.

The entire ensemble shines in wonderfully clever production numbers. For example, in “Slap That Bass”, the girls turn themselves into basses with strands of rope in front of their bodies, pulled together at the top—that the boys then pluck in pantomime with the actual music. At one point in the spectacular “I’ve Got Rhythm,” the ensemble dances on metal serving trays. The Cowboy Trio (Keenan Lo, Marcus Hundley, and Luis Cordovez) lazily croons “Bidin’ My Time” with rich harmony while riding on a wooden wagon. In “Stiff Upper Lip,” alert theatregoers will notice a parody of another hit Broadway show.

Running Time: Approximately 2 hours and 30 minutes, including one 15-minute intermission.

Crazy for You plays through November 22, 2014 at Blake High School — 300 Norwood Road,  in Silver Spring, MD. Purchase tickets at the door or online.