Think about your worst family Thanksgiving ever, then amp up its bizarre agonies a thousand fold. Even then, you will not come close to the dysfunction displayed by the Pascal family of McLean, Virginia. I guarantee it. 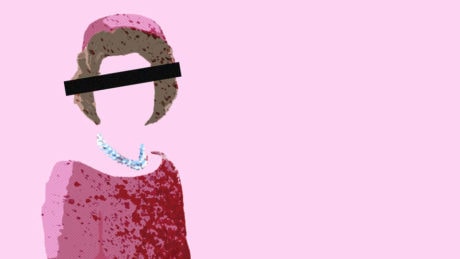 Wendy Macleod’s 1990 satiric psychodrama echoes Who’s Afraid of Virginia Woolf in its intensity, The Addams Family in its inanity, and our Warholian fascination with celebrity culture and public violence. The result? A play that asks serious questions about life, love, and relationships while treating us, through its sly observations and rip-roaring ripostes, to the blackest of comedy.

Marty, the only one of Mrs. Pasqual’s three adult children who has left the family’s affluent nest for a new life in New York, sets off a disastrous chain of confrontations between the Pascal siblings and their mother when he arrives with his fiancé Leslie in tow for Thanksgiving dinner in the midst of an unseasonal hurricane.

Over the next 90 minutes, Marty’s twin sister Jackie-O, their callow younger brother Anthony, and the imperious Mrs. Pascal herself do everything possible – each in their own way — to drive a wedge between Marty and Leslie. None of the Pascals, who have learned to accommodate the worst in each other, can imagine embracing a new family member – especially a relatively normal and unsophisticated young woman who would be appalled by their closely guarded secrets.

The most grotesque of those secrets concerns Marty and Jackie-O, so named for her most memorable Halloween costume, a replica of the blood-smeared pink suit Mrs. Kennedy wore on the day of her husband’s assassination. Like all of America who watched the ghoulish and grainy Zapruder film over and over again, Marty and Jackie-O reprise the killing.

As Marty, Jared Mason Murray embodies both the desperate desire to be free of his family and the force of its ultimate, fatal attraction. Michelle Polera as the hyper-articulate but clearly crazy Jackie-O brings the requisite manic energy to her role, while Moriah Whiteman’s depiction of the soft and unsophisticated Leslie provides the lens through which we, as outsiders, see the Pascals. Anthony is played with goofy tenderness by Ben Ribler, an almost feral creature who has retreated to the family home after only two months at Princeton.

Claire Schoonover is a stand-out as Mrs. Pasqual. Reed-thin and possessed of regal posture, she fully inhabits the droll hauteur of an upper class woman who freely admits that she can’t recall why she had children, much less with whom (perhaps not with the late Mr. Pascal). Yet she transforms convincingly into a ferociously protective matriarch when her daughter’s actions threaten a return to the mental hospital from which she has only recently been released.

Phil De Costa’s costumes give vivid definition particularly to the female characters. We meet Mrs. Pascal and Jackie-O dressed in severely and expensively tailored black dresses marking their status and authority. They provide a stark contrast to Leslie’s cheap flowered dress – an oddly summery frock for a Thanksgiving dinner.

The clever set managed by Quoc Tran and Derek David comprises few well-chosen objects including an IKEA-like piece that is transformed from couch to bed and back again throughout the play, as this family affair plays out alternatively in living room and bedroom scenes.

Director Strother Gaines says in his Director’s Note that he “kind of hates director’s statements” and instead offers as series of questions to the audience, anyone of which could be ample fodder for a full-night’s discussion. Among them are: What does life look like without any boundaries? What happens if you are never told no? And, what happens when the priority is to “win” at any cost?

In our current summer of violence and political upheaval, this production of Wendy Macleod’s disturbing play provides a worthwhile launch for these and other important talks.

Read a preview of ‘The House of Yes.’