Last night all twelve members of the tribute group for The Band gave a master class in blues, rockabilly, New Orleans jazz, country, honky-tonk and American roots music. The elite touring group celebrated The Band’s historic last concert which had been held in San Francisco’s Winterland Ballroom in 1976. The Theater at MGM National Harbor was the last stop on the 11-city tour.

Kicking off the set with the lighthearted drinking anthem, “Cripple Creek,” replete with the requisite yodeling and funky wah-wah twangs, fans got ready to get loose, get fired up and sing along. A mostly older crowd was to be expected – what wasn’t expected were the 30-somethings that also knew the words, and were just as amped.

The original group consisted of four Canadians and one American musician who came up in the late 50’s under different incarnations and continued on until 1977, re-forming in 1983 and lasting through 1999. It consisted of legendary musicians Rick Danko (now deceased), Garth Hudson (a recent Rock and Rock Hall of Fame inductee), Richard Manuel (now deceased), Levon Helm, and Robbie Robertson, who hooked up with Bob Dylan in 1965.

That’s the history for those who may have pulled a Rip Van Winkle on the rock scene, but this was another chance to make history with musicians who had already made their bones in the industry.

Jamey Johnson, singer/guitarist and songwriter for the likes of Willie Nelson, Trace Adkins, George Strait, Merle Haggard, and others, kicked off the first number. He was accompanied by Michael McDonald, vocalist, and keyboardist for Steely Dan, the Doobie Brothers, Van Halen, Aretha Franklin, and Patti LaBelle; Musical Director and bassist Don Was, who counts 25 years under his belt producing the Rolling Stones, Bonnie Raitt, and Hootie and the Blowfish; tour director and vocalist, Warren Haynes, formerly of the Allman Brothers and master of the slide guitar; John Medeski jazz/funk keyboardist; New Orleans drummer Terence Higgins, member of the Dirty Dozen Brass Band; “Steady Rollin’ ” Bob Margolin, vocalist and funky blues rock guitarist for the late Muddy Waters; the singing Neville Brothers, Ivan on keyboards and Cyril on conga drums; and trombonist Mark Mullins of Bonerama using the original horn arrangements of the late, great Allen Toussaint.

Joining the group on this final stop was 79-year old original band member Garth Hudson who brought his legendary mad skills to the keyboard. A master of the Lowery organ and eight other instruments, Hudson, who appeared with flowing white beard and locks covered by a large black felt hat, walked gingerly to the piano and showed he’s still got the stuff. Amazingly he riffed and switched from classical music to funk to blues on “The Weight” and “I Shall Be Released,” divining from the music gods a five-minute, free-form, solo lead-in to “Genetic Method.”

A four-man horn section traded off instruments to include sax, clarinet, with a solo turn on McDonald’s “Stage Fright” and “Ophelia”; French horn on a somewhat tamer version of “Wheels on Fire”; tuba, especially effective on “Mystery Train” and Johnson’s low and slow version of “Georgia on My Mind”; and trumpet on “Such a Night”, a song that wasn’t in their original set list. McDonald pulled out his banjo for “Rag, Mama, Rag” and Margolin, who played with Muddy Waters at the Woodstock festival, ripped up the stage on slide guitar in “Mannish Boy.” Cyril Nevill sang on “Who Do You Love” – a number reminiscent of Dr. John and the Night Tripper and the gris-gris sound that came up from the swamps of New Orleans.

A massive backup horn sound was felt throughout, reminiscent of the early days of Joe Cocker and later in 70’s Rolling Stones when saxophonist Bobby Keys came on board. And though this was billed as a tribute concert celebrating the past glories of an iconic band, it was not stuck in the past and offered up free flowing jams, and a fresh interpretation of The Band’s original hits. 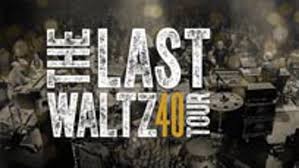