Crazy Mary Lincoln, has received an appealing, open-hearted, ardent regional premiere production from Pallas Theatre Collective. The musical focuses new light on the long, woe-filled life of Mary Todd Lincoln, the widow of President Abraham Lincoln. What I took away from Crazy Mary Lincoln, was this she was a woman who resisted, was warned, persisted, and paid the consequences.

Crazy Mary Lincoln, a musical by Jan Levy Tranen (lyricist/librettist) and Jay Schwandt (composer/librettist) is the current Pallas Theatre project to provide development for a promising new musical. As part of its development process, Crazy Mary Lincoln had a reading at the John F. Kennedy Center’s Page-To-Stage Festival in September 2015, then a reading in March 2017, in collaboration with Point Park University Conservatory of Performing Arts, in Pittsburgh, PA.

Directed by Pallas Theatre Founder and Artistic Director Tracey Elaine Chessum, Crazy Mary Lincoln is a refreshing, revision of accepted history with a new POV (point-of-view). With nearly twenty musical numbers, Crazy Mary Lincoln is a re-mixed, restructured account of Mary Lincoln’s life after the assassination of her husband Abraham. Mary Lincoln is presented as much more than “just” a President’s widow clad in black mourning frocks. She is a mother who has lost too many of her children to illness, and a woman fighting for her own agency. Mary Lincoln is also a woman of education, resilience, and strength in a time when women were an afterthought or worse; especially by those writing the history at the time.

The musicals central character, Mary Lincoln, is portrayed with genuine warmth and a necessary prickly persona by Melynda Burdette. As Mary Lincoln, Burdette grapples with the world she lives in. She is a woman mistaken as mentally unhinged and involuntarily confined when she asserts herself with spirited spine to withstand public heckling and being dismissed by the men she encounters including her own son. With a tender, refreshing, clear voice (without amplification), Burdette brings care and woe to sweet ballads like “How I Wish You Were Beside Me.”

With more up-tempo numbers such as “Someday I’ll Dance At Your Wedding” and “Crazy Mary,” Burdette is no less skillful. Her voice is strong and solid, propelled forward by the confident piano work of Jay Schwandt.

Robert Lincoln is persuasively portrayed by Russell Silber. He is a man rarely sure of himself; always trying to figure out just what the son of the assassinated President Lincoln should be. With his ballad, “Papa’s Here,” Silber sings with authentic feelings, discovering his true self.

Zach Brewster-Geisz plays Dr. Patterson the head of a women’s mental health facility where Mary Lincoln is locked away for a time. He is a bugged-eyed hoot with a sinister misogynist nature. He is one of those characters I wanted to swat at.  The fictionalized, on-stage Mary Lincoln had much better instincts.  With very successful results she foiled one of the men who under-estimated her.

Other actors that caught my attention include Amy Conley as Mary Lincoln’s tough-as-nails lawyer Myra Bradwell. From the moment she steps before the audience in Act II, Conley is another strong female presence to balance out the dismissive male characters. Conley does so  with her dialogue delivery and overall demeanor. Erin Granfield as Mary Harlan, the long suffering wife of Robert Lincoln, presents another female character taking on on a critical presence as the production neared its finale.

The large ensemble is a very spirited, frisky group who added energy, smiles and pushed the narrative forward in diverse roles such as newsboys, a female medium, women residents of an asylum and assorted folk who sniped at Mary Lincoln. In narrative driving musical numbers like “Madam, You Must Pay” and “Evil Spirits Are Welcome Here” they are a pleasure to watch in their limelight.

One stand-out from the ensemble for me has to be noted. She is identified as the “screamer.” I will not dare give anything away except to write that Adelyne Anderson could go from dead-eyed to bringing the House down in a nano-second. She was also one of the very nifty dancers in several peppy versions of 1870’s period dances winningly choreographed by Madeleine Koon.

The overall production design (no credit listed in the program) is minimalist. The black box at the Fringe is decorated with two American flags with 35 stars, some bunting and a large photo of President Lincoln. Beyond that there are several boxes and a bed that are moved into place when needed. Major kudos to costume designer Maria Bissex Costumes for her wide selection of women’s bonnets, men’s hats, press dresses befitting all social classes and shoes to match.

Crazy Mary Lincoln is quite effective and affectionate musical storytelling with a welcomed re-look at history from a different point-of-view. It is a well-accomplished, very earnest production. It has a great “indie” feel to it. It is  a production with luster from the fine technical assistance provided by the nurturing Pallas Theatre Collective.

Crazy Mary Lincoln deserves to go on to gain a following here in the DC area and beyond.

Note: The creative team of Jan Levey Tranen and Jay Schwandt may be new to the DC area, but their credentials in musical theater are extensive.

Jan Levey Tranen is a Chicago-based lyricist with works such as A Minister’s Wife, a musical based upon George Bernard Shaw’s Candida produced at Lincoln Center as well as the one-act opera, A Night in Sarajevo. She has also written a children’s book. She is a member of New Tuners, a theatre program in Chicago. 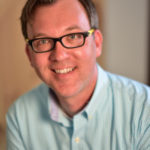 Jay Schwandt is the composer of the one-act opera Night in Sarajevo. Recently Schwandt toured the country with actor John Vessels in their cabaret An Evening with Lillian Baxter for which he wrote arrangements and original material. He is a professor at Ball State University (IN).