This month we focus on two more shows that opened on Broadway this year and are currently running. 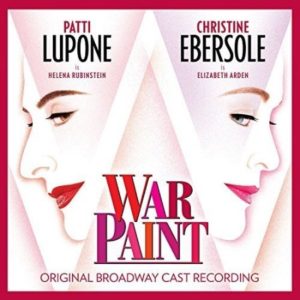 War Paint is an old-fashioned show, in the best sense of that term. The craftsmanship of the script and lyrics is top flight, and the tunes are similar in style to golden age musicals. This suits the fact that the story is set in that era.

The music by Scott Frankel and lyrics by Michael Korie (the collaborators on Grey Gardens) are more sophisticated than what’s heard in recent Broadway shows. The plot looks to the past, as it portrays the rivalry between Elizabeth Arden and Helena Rubinstein, the two leading cosmetics entrepreneurs of the 20th Century.

This show is a display piece for the two performers who play Arden and Rubinstein — Christine Ebersole and Patti LuPone respectively. Even if you don’t care about the life stories of those two doyennes from the past, you can revel in the singing competition between the two divas.

This is the only show or opera I can recall that focuses on a competition between two women that does not involve a man (such as Aida and Amneris fighting for the love of Rhadames) other than, maybe, Queen Elizabeth and Mary Stuart fighting over the crown.

LuPone has the juicier role, with the over-the-top Rubinstein and her Eastern European accent. She digs into the essence of the foreign-born outsider, and Doug Wright’s script spotlights the anti-Semitism which Rubinstein experienced, giving it extra relevancy right now. Ebersole knows how to play an eccentric (as in Grey Gardens) but here she is more serene, singing her ballads with lovely richness. Her character is a single-minded businesswoman who made pink the color for every month of the year; pink, which represented every woman’s childhood, when youth sprang eternal.

Korie’s lyrics are delectable and, with the CD, you’re able to hear them even more clearly than when you attend a live show. He has Helena describe her use of estrogen in her facial crème: “Feminine quintessence / Cooked down to its essence.” He also demonstrates how to make perfect rhymes that disregard spelling and, correctly, rely on sound: “We’ll seduce new clients / By selling science.”

The rivals’ big duet is “If I’d Been a Man” where Arden complains that “A man doesn’t need to prove his worth / Knows his place from birth” and Rubinstein responds “I love only men I can’t caress / Two sons ashamed of my success.”

Those fine singers John Dossett and Douglas Sills play the men who were most important in the women’s lives. Dossett scores especially during the song “Step On Out.” As he gets drunk he sings “Win me one for the Gipper / I’m too blind to find my zipper.”

Frankel’s music successfully captures the flavor of the romantic and swing eras in which the story takes place. In “My American Moment” the music deftly blends buoyant Americana with the minor-key of an immigrant’s background. Alas, economics has prevented real big band sounds and the clever orchestrations by Bruce Coughlin are 12-piece arrangements. 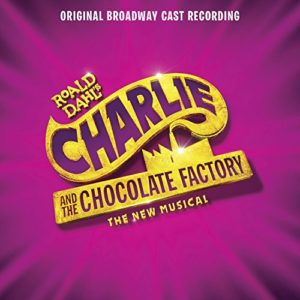 Charlie and the Chocolate Factory has always focused on one character, and it’s not Charlie. The person who can make or break any production (musical or movie) is Willy Wonka. And in the Broadway production, available on a Masterworks Broadway CD, Christian Borle gives a superstar performance.

Borle is a two-time Tony Award winner and Broadway veteran known for Something Rotten and Falsettos, and here he surpasses those high achievements. As the chocolate confectioner, Borle achieves the monumental task of equaling Gene Wilder from the original 1971 film while not copying him. He dazzles with his song-and-dance hoofing, his energetic strutting and his winning smile, which I enjoyed greatly on stage.

All of that is irrelevant when we listen to this new CD, without any visual aids. Fortunately, Borle has a rich and versatile voice, with many different colors. He sounds alternately sweet, deranged, and malicious, and the recording is a testament to his talents. Borle tenderly croons “The Candy Man” and “Pure Imagination,” composed by Anthony Newley with lyrics by Leslie Bricusse for the 1971 film. Then he belts “It Must Be Believed To Be Seen” and “Strike That, Reverse It,” two excellent numbers by the team of Marc Shaiman and Scott Wittman, who wrote all the rest of the score. “The View From Here” is the tenderest song in the show, a lovely finale.

The rest of the talented cast have roles that clearly are subsidiary, and their songs are catchy but rather generic. One is Bavarian, one a samba, one a patriotic march, and so on. Veteran performers John Rubinstein and Jackie Hoffman deserved more. Nothing in the score resembles Shaiman and Wittman’s biggest hit, Hairspray. That shows their versatility and is an observation, not necessarily a critique.

Next month: the first-ever complete recording of Dreamgirls & Natasha, Pierre & the Great Comet of 1812.