Broadway veteran Kyle Selig is no stranger to the role of teen heartthrob. “I was Prom King in high school,” he sheepishly admits, “but it is very important to us in Mean Girls that my character be more than just a two-dimensional pretty boy.”

“My high school was all backwards because it was a performing arts school so the ‘popular kids’ were the arts kids. I had an amazing group of friends. It’s possible we were the plastics, but I don’t think so. We were all very nice and just trying to have fun with each other.”

One of this year’s most highly-anticipated shows, Mean Girls is making its world premiere this week at Washington DC’s National Theatre before transferring to Broadway this spring. Tina Fey, who wrote the script to the beloved 2004 film, is making her Broadway debut as book writer on the project.

Selig will be playing the role of Aaron Samuels, the high school heartthrob who becomes a major source of conflict between newcomer Cady Heron (played by Erika Henningsen) and Regina George (played by Taylor Louderman), queen bee and leader of the popular-girl plastics.

“The challenge to playing Aaron Samuels is deciding why people like him and why he is attractive to people. It’s more than him just being pretty, it’s that he’s kind and genuine and his own person. That’s what Tina (Fey), and the creative team, and I have really focused on. He gets to become a person in the show and has his own struggles. It’s been very fun to develop”

At first glance, it would be easy to paint Selig into the “pretty boy” mold and leave it at that, but Kyle Selig’s accomplishments are the result of smarts, talent, and determination. Success came early to this Huntington Beach, California native in 2010 when he won the prestigious “Jimmy Award” for Best Actor in High School Musical Theater, garnering prize money that he used towards his musical theater degree at Carnegie Mellon University.

While still at university, Selig was cast in The Book of Mormon, starting out in the Broadway ensemble before joining the national tour and then returning to Broadway to play leading-man Elder Price. 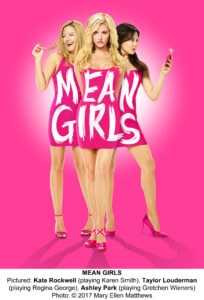 But when asked what success at such a young age has meant to him, Selig focused instead on the lessons learned from difficulty. He was once cast in the title role of a national tour of Pippin, only to be replaced weeks before the tour began. Selig refers to this as a minor ding in a very focused and intentional career. “In a sense, I’m really grateful for that ding because it made me evaluate my life and what was important to me. It taught me humility, which I think is just as important to learn early on as success. Maybe more. Nothing is going to be handed to you. You have to work for it.”

Selig’s work ethic and drive have now landed him the first role that he will originate on Broadway, a job that means working daily with Tina Fey and some of Broadway’s brightest up-and-comers.

“What’s amazing about Tina is how hands-on she is. She is there in the room every single day of rehearsal, cracking jokes as much as anyone else. She is very approachable; you can go to her with anything. She’s exactly what you would want her to be from seeing her on television.”

Originating a Broadway role is precisely what Selig hoped he would be doing at this point in his career. “It’s a dream come true in so many ways. In the two years since I left Mormon, I’ve tried to focus on developing new work, and I would only audition for things that were brand new. This feels like the pay off in a way.”

Selig hopes that audiences will leave Mean Girls a little richer for the experience. “At the end of the day, this show is about identity and about deciding what kind of person you want to be in the world. I am hoping, especially in this day and age, that people will come away feeling accountable to others and with a sense that everything will work out if we are all just nice to each other and if we police ourselves a little bit.” 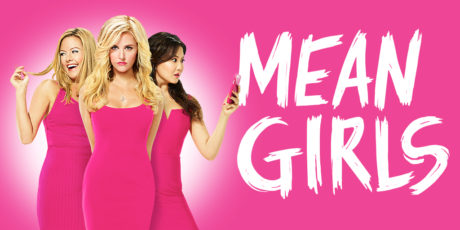